Tong Ming (b. 1968, Nanjing, China) received his bachelor’s (1990) and master’s (1993) degrees in architecture from Southeast University in Nanjing. In 1995, Tong moved to Shanghai to pursue his PhD in Urban Planning at Tongji University, which he obtained in 1999. He then worked at Suzhou Design Institute until establishing his own independent University-based practice, TM Studio in 2004. He also maintains another studio UNO, Urban Network Office space in West Bund specializing in organizing seminars, workshops, exhibitions, and lectures. 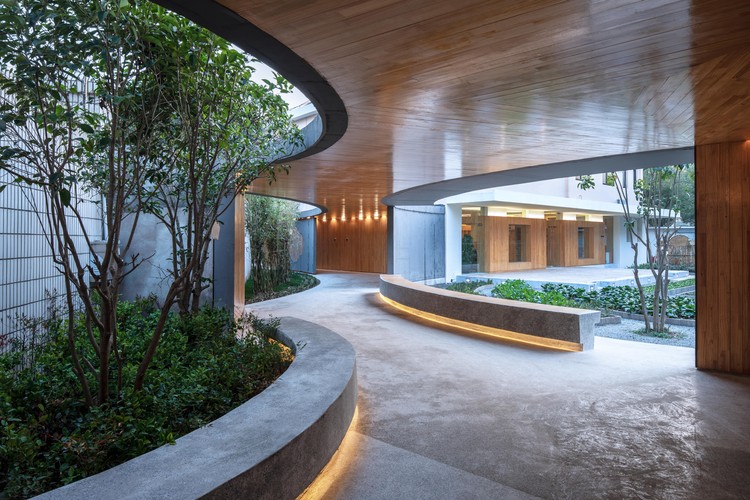 Tong is a Professor at the School of Architecture at Southeast University. The architect translated two important books that were not available in Chinese before –Colin Rowe’s Collage City and Cities of Tomorrow by Peter Hall. He wrote his own book From Mythology to Fairy Tales and published an updated Chinese version of Glimpses of Gardens in Eastern China, a book written by his grandfather Tong Jun (also known internationally as Tung Chuin, 1900-1983) who was one of China’s first modern architects and one of the first Chinese graduates of the University of Pennsylvania. Ming’s projects include URBANCROSS Gallery (Shanghai, 2017), TM Studio West Bund (Shanghai, 2015), A Courtyard with Lotus (Shanghai, 2011), Park Block Renovation (Taizhou, Zhejiang province, 2007), and Dong’s House Teahouse on Pingjiang Road (Suzhou, 2004).

We spoke over WeChat video call about Tong’s experience working on the Wenzheng College in Suzhou before opening his own studio, his role in commissioning Wang Shu’s first major building, his grandfather’s research on Chinese classical gardens, and his frustrations with uncertainties of his own buildings that may unexpectedly change their original use or even get abandoned.

“In Architecture You Can Make a Better Version of the World”: In conversation with Zhang Lei of AZL Architects

Vladimir Belogolovsky: Your grandfather, Tong Jun was one of China’s first modern architects. Did you consider studying anything else but architecture?

Tong Ming: Definitely, that fact alone was the most important reason for me to go into architecture. But when the time came to choose my major at the university, I initially picked mathematics, which was quite random. [Laughs.] I was interested in that a lot. In fact, in the 1980s such subjects as mathematics, physics, and science in general, were all very popular. But then my mother went to school with me, and we had a talk with people at the administration. She convinced me that I should pursue architecture. She insisted that it was important to continue our family’s tradition, even though my parents did not study architecture. That’s how it started. But I have to say that the first time I felt something special about architecture was some years after I graduated. That was in 1998, when I finally had an opportunity to work on my first real project, the campus of Wenzheng College in Suzhou. Even though it was a very large project, at the time, I had no prior experience of designing a real building. It was during that project that I invited Wang Shu to take over the design of Library of Wenzheng College at Suzhou University, the most important building on campus. I am very proud of that building because for both of us it became our first realized project.

VB: Why did you choose him to be the architect if he did not have the experience needed by that point? How did you know you could trust him?

TM: I knew Wang Shu well because we were classmates at Tongji University. I worked on urban planning projects and he worked on architectural projects. Also, we lived next to each other at the dormitory. I went to work with a local design institute in Suzhou, specifically to head the design of that project. I was invited there through a friend of my wife who studied architecture with me in Nanjing and we worked at the Institute in Suzhou together. She since left architecture. In 2004, I was asked to do another job –Dong’s House Restaurant on Pingjiang Road, a small renovation project in a historical district in Suzhou. That commission led directly to starting my own independent practice, which I opened that year in Shanghai. The project was a conversion of a traditional residential courtyard. It was launched by the local government as an exemplary renovation project to transform the declined residential and industrial block into restaurants and bars to promote the river-front street as an attractive tourist area. I used traditional materials in contemporary ways to create a series of indoor and outdoor terraces. The main façade facing the river was clad in dark hollow brick that allowed visitors to view the surroundings from within. Yet, the wall shielded the interiors from being viewed from outside during the day. This device made the entire structure look like a lantern at night and helped to create a special atmosphere.

VB: You translated Colin Rowe’s Collage City and Cities of Tomorrow by Peter Hall. Why did you decide to undertake these projects and did this experience make a particular influence on your own work as an architect?

TM: These books are very critical for me personally. I still go back to these texts regularly because they are so fundamental. It is funny, I came across Collage City by accident, simply by browsing books at the university library when I was an undergraduate student. There were very few books at the English Language section, so it stood out. I could not read it at the time, but I was quite curious. So, I decided to translate it for my own studies, but also for those students who otherwise would not be able to read this important book. One of the key influences on me personally was that you cannot reduce design to purely formal exercises. Architecture is not about designing buildings as objects, but about creating an urban fabric, continuity, knowledge, understanding and appreciating history, feelings, emotions, and so much more. This book expanded my mind and allowed me to do my designs differently, depending on very specific situations. And as far as Cities of Tomorrow, it was important for me to study modern urban models and precedents. And what is a better way of exploring a subject than translating it into your own language!? But I will also tell you that I will not engage in any more translations. [Laughs.] It is a lot of work, but I am happy I translated very important books that were not available in Chinese before.

VB: You said that when your practice consisted of just you and no one else you enjoyed that the most and that designing alone is the best way for an architect to design. Then there is no communication issue and the architect can handle everything on his own. Do you still believe that?

TM: Well, that’s what I said, and I still think it is true. [Laughs.] But now we have two offices –TM Studio and UNO, Urban Network Office, each consisting of several people. TM Studio is focused on architectural projects and UNO– on organizing and running cultural events such as seminars, workshops, exhibitions, and lectures.

Well, to address your question, in my opinion, architectural design is something very personal. The whole process of architecture making depends on good communication – from the moment you put your ideas on paper you have to convey them to people at your office, your engineer, your client, end-users, public, and so on. Inevitably something gets lost in all of these steps. To keep your idea pure, you need to reduce these steps and limit the number of players involved. This is why I resisted expending my office for 15 years. We are still small but before I was working with even fewer people. I decided to expand when I was working on A Courtyard with Lotus project. I would say it changed my attitude toward architecture and even my character. It was a rural site, on Yuanxiang Lake, which was quickly being absorbed by the city of Shanghai. The original program was a tourist center and public restrooms. The project was designed and constructed according to my idea. But once it was finished it remained abandoned for three years. Then it was taken over by a restaurant. They changed everything, so you can imagine my frustration. But then I let it go, as I had a revelation –architecture should not be merely a personal vision, untouched by real life. That’s not enough.

Now, I am convinced that architecture should be treated as a social tool. It should serve a purpose. And if you can accept this basic idea, you can accept any result. Changes are inevitable and they are necessary. I can feel sad about my personal vision, but I should be grateful that my building can be useful. So, after that project, I started to be much more engaging with people instead of simply working out my original idealist visions. It is a mature way of working and I feel more relevant.

VB: Your grandfather, Tong Jun was a well-known modern architect. You recently published an updated Chinese version of his book Glimpses of Gardens in Eastern China and Wang Shu wrote a preface to it because he considers your grandfather one of the key influences on his work. Could you talk about the importance of Tong Jun’s contribution?

TM: The first time my grandfather’s book was published was in the 1930s. It appeared in English in a Chinese journal T’ien Hsia Monthly. Since then he continued working on the manuscript throughout his life. In 1997, a bilingual book came out, for which I contributed as an editor. I was then working on my PhD. The recent book you are referring to was published in Chinese in 2018. Wang Shu wrote an introduction because he felt indebted to this book. Tong Jun believed that a garden is a world. Similarly, in Wang Shu’s words, architecture is a world, meaning it is about creating a new world, not merely another building or a city of buildings. Another important point is that a garden is a system of fragments. It is not planned as a whole design or an image. Gardens are created over long periods of time and they are made up of the roots of different plants. And as they die out, they get replaced one fragment at a time. He compared a garden to a ruin, which is cultivated, regenerated, and kept alive.

VB: You are saying that a garden is an organic thing and it is a continuously evolving organism, right?

TM: Yes, you can say that. A garden does not start from scratch; it is an ongoing process. So, for Wang Shu a building is like a living thing or being a part of nature. In other words, it is an environment, not a thing. When a tree dies another tree will replace it. That’s the basic idea and that’s what Wang Shu learned and used as the key principle in his own work. For example, he uses reclaimed materials to add to his own buildings. His architecture is a cycle of adding, reusing, rethinking, and transforming. 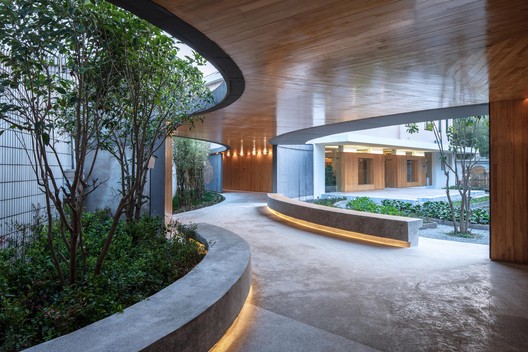