Save
Structure and Translucent Cladding: How to Design a Greenhouse
Share
Or
Copy 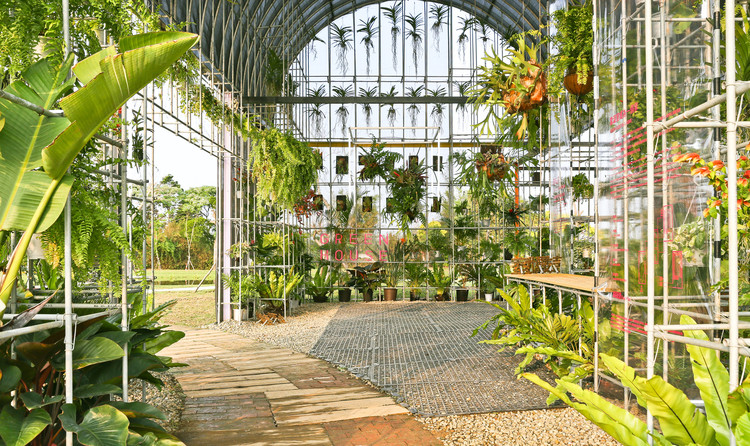 Since at least as early as ancient Roman times, humans have recognized the value of what is now known as controlled environment agriculture, allowing farmers to cultivate plants year-round rather than seasonally. Though they were invented hundreds of years ago, greenhouses continue to be the most popular means of controlled environment agriculture today, with innovations in technology and design having improved both the beauty and efficacy of this typology. Below, we will explore in detail the history and structure of the greenhouse, as well as several examples of innovative and experimental greenhouse design.

In the 1st century CE, Pliny the Elder documented that Emperor Tiberius was so attached to cucumbers, his gardeners produced an artificial system allowing them to grow the vegetable all year. The ancestor of the modern greenhouse, this system involved frames or cucumber houses glazed with oiled cloth or mica. Similar inventions would take place around the world – the first documented heated greenhouse was invented in Korea in the 1450s, utilizing a floor heating system to complement the insulating greenhouse structure. Experimentation with the size and design of greenhouses then occurred in Europe throughout the 17th century, the greenhouse at Versailles being a stunning example. In the 1800s, greenhouses gradually became a more common phenomenon rather than a domain only of the rich – they spread to universities with the popularization of the field of botany and in 1851, the Great Exhibition was held in what was essentially a large greenhouse.

In its most general form, the greenhouse is a structure made of a transparent material like glass, plastic, or fiberglass. The frame is most typically made of aluminum, steel, or wood, and consists of rafters, side posts and columns, and sometimes purlins for additional support. The transparent material allows solar radiation to pass through the roof and walls, creating a warmer and more constant temperature than the surrounding environment.

However, the natural effect of the transparent structure is often supplemented by other equipment designed for ventilation, heating, cooling, and lighting, particularly in commercial or industrial-sized greenhouses. When the outside temperature grows too cold, for example in climates with stark winters, artificial heating can supplement the heat of solar radiation. Because the transparent structure is naturally less insulating, however, the cost and environmental footprint of natural gas or electric furnace heating can be high. Passive heating is a natural solution: solar energy, waste heat from livestock, and even geothermal heating can provide adequate supplemental heating in most situations.

On the flip side, greenhouses may often have problems with overheating, particularly when the surrounding environment is unusually warm. Greenhouses can cool down simply by opening built-in windows, which can be done either manually or automatically by electronic controllers. Ventilation can als helps maintain the greenhouse at an optimal temperature, letting out hotter air near the greenhouse roof and pushing in colder air near the ground. This circulation also provides fresh carbon dioxide for photosynthesis and plant restoration, while preventing the build-up of plant pathogens.

Finally, some greenhouses use grow lights at night to increase the amount of light received by the plants, allowing them to grow healthier and potentially even yield more crop. Different watering systems, from manual watering with a hose or can to automatic systems such as capillary matting or drip irrigation, can also affect the growth and yield of the plants. The type and quality of each of these artificial systems will vary depending on the scale of the greenhouse operation, the location and climate of the surrounding environment, and the species of plants being grown.

While greenhouses are typically made of transparent material and a structural frame, the shape of the greenhouse itself can vary dramatically. One of the most standard designs is simply the single gable greenhouse – a rectangular structure with a transparent gable roof. The shape resembles a simple house, a connection utilized by RicharDavidArchitekti in their design for a family greenhouse in Horice. Another standard design is the freestanding Quonset, a long, semi-cylindrical greenhouse popularized after World War II. The Crystal Palace was erected in this shape; today, beSTe arkitektura agentzia bat's JAjaus serves as a more modern example. For more commercial greenhouse structures, the gutter connected style is highly common. Placing two or more greenhouses side-by-side, connected with a common wall, this typology is useful for larger scale operations and became prevalent in the 1980s and 1990s. The downside to this method, however, is the reduced floor area to exterior wall area ratio, which can limit the efficacy of heating via solar radiation. BIAS Architects' Greenhouse as a Home is one example of this style of construction.

A less common but aesthetically pleasing style is the geodesic dome greenhouse, popularized in the 20th century. Important historical examples include Cornwall’s Eden Project and the Climatron at the Missouri Botanical Garden. More recently, Kristoffer Tejlgaard and Benny Jepsen’s Dome of Visions, as well as one of the greenhouses in the Penghu Qingwan Cactus Park, are both built in a geodesic dome shape; other greenhouses in the cactus park experiment with shape and design through frame and roof designs as well.

The greenhouse has come a long way since the Romans first built mica structures for Emperor Tiberius’ cucumbers. Today, greenhouses are supplemented by automated artificial systems, can take any number of different shapes and sizes, and may even serve multiple uses, like Tailor Made arkitekter’s Uppgrenna Nature House, a greenhouse spa and conference building. With its natural heating properties, the greenhouse style of construction can be an eco-friendly option for any program in the right climate. 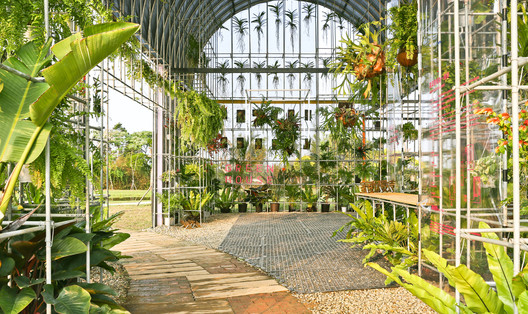