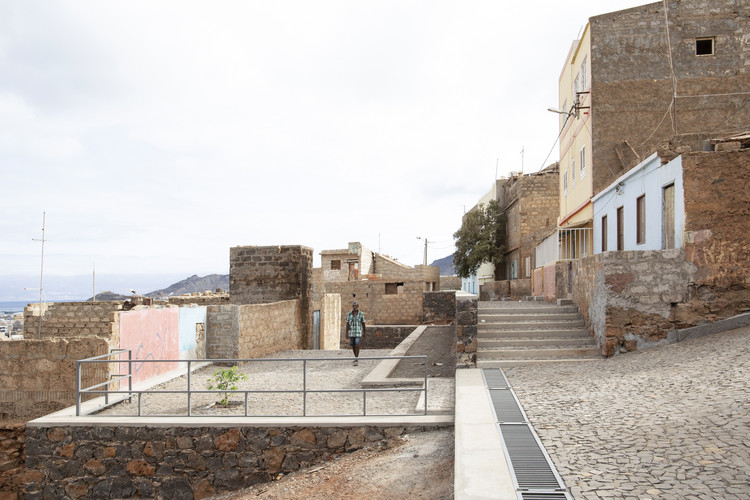 Text description provided by the architects. The urban rehabilitation of a place with the precarious characteristics found in Alto de Bomba, requires the design team’s daily immersion in the neighborhood, seeing and feeling the everyday life of the residents. That’s why, since the launch of the project, two groups of 10 interns have joined the team, one from M_EIA University, University Institute of Art, Technology and Culture and one from Jean Piaget University, in order to ensure the apprehension for future generations of architects and engineers.

The materialization of the strategy takes place through the initial characterization of each area, the analysis of the collected data allows the construction of a strategic plan - we call it the intervention plan-, which sets the scenarios and provides possible solutions for physical and social issues. It contemplates the infrastructure, the design of surfaces, the collective equipment and, above all, creating moments of conversation that allow discussing each phase of the plan, listening to the voice of the citizens and the silences of the place, as well as including at least 50% of local residents in the estimated workforce of a starting project.

After installing our office in a local house, you could notice the enhancement/impact it had in the ongoing process of the transformation. The daily participation of residents, workers and our team in discussions about the project and the work is accompanied by meetings and actions on different topics – like rap and hip hop, agroecology, social participation, education, architecture, urbanism, among others- which reinforce the understanding and use of new public spaces, as well as increasing the proximity and allowing us to listen to and understand the constraints and courage that make Alto de Bomba this energetic place.
“We stop listening to voices that are different, silences that are different”
Couto, Mia (2005): 123

Since the conclusion of the first work, two places of encounter have been rescued and adapted, preserving and enhancing the micro sociability of the neighborhood: the tablegames-square, usually used for the elderly to find themselves in bisca and uril, and the basketball court, where the youngsters grow up and learn how to dribble and play. In the near future, more precisely during the third trimester, three more projects will be launched in Alto de Bomba, in order to completed the task and move on to two other areas, Fernando de Pó and Covada de Bruxa, to supply the urban deficit found there.

Just as the voices of Alto de Bomba slowly infiltrate this collective action, so do the local workers and available workshops: bricklayers, locksmiths and carpenters - are included in the design, production and execution of pavements, urban furniture, guards, among others. The web of relationships and actions that was built and is lived daily aims to strengthen, even more, the way of life of a place that arose from the resistance and resilience of its residents.

The urban rehabilitation of the Alto de Bomba neighborhood is included in the OUTROS BAIRROS Initiative, which is divided into four phases of project and construction. Phase 2 rehabilitates the public space of an area that directly affects 40 of the 467 residences in the neighborhood. Thus, at the moment, including the first phase completed in 2020, the project already represents the improvement of the public space related to 81 houses, about 17% of the foreseen.

In order to work based on the way of life of the local population, the action steps on urbanism ground, recognizing the existing urban tissue, admitting the precarious physical state as a preexistence that structures social relations, from which is organized a permanent discussion that makes it possible to activate the spaces that have been rehabilitated in the meantime.

The physical improvements are therefore focused on the containment of slopes, new drainage paths, construction of new sewage and water supply networks, paving of streets, construction of stone walls and access stairs to higher elevations. At the same time, the activation of the public space allowed, in the specific case of phase 2, to carry out a paving experience with a group of ten women who, after completing the training, paved the entire area.

About to complete the third phase of the project, we can consider that phase 2 allowed us to strengthen the construction of the collective, especially if considered that about 80% of the workers in the construction site are residents of Alto de Bomba, as well as exploring the relationship between the other existing groups, either in managing their conflicts, or in raising awareness concerning the right to the city and strengthening relations with public authorities.

After the completion of phase 3, the rehabilitation of the public space in Alto de Bomba affects an additional 89 houses out of the 467 planned, for a global total that, at the moment, reaches 171 houses in the area, which makes up about 37% of the total foreseen by the Initiative OUTROS BAIRROS in Alto de Bomba. 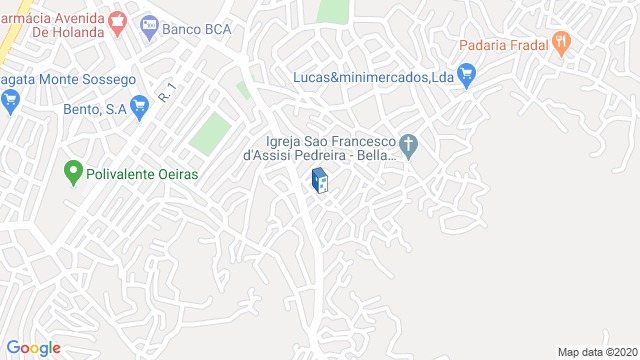 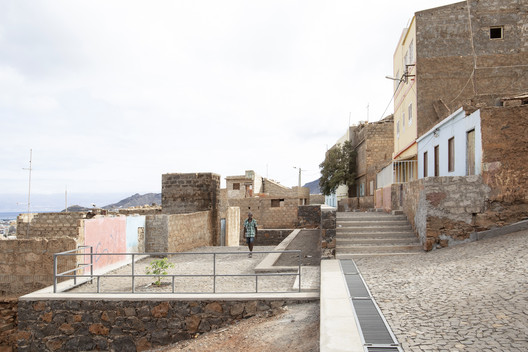