Save
SPEECH Proposes New Buildings at the World Trade Center in Moscow, Russia
Share
Or
Copy 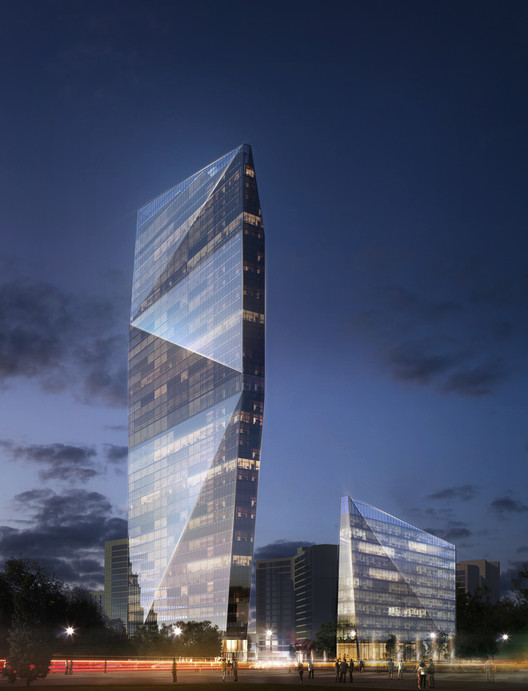 SPEECH, led by Sergei Tchoban, has proposed new buildings at the World Trade Centre in Moscow, Russia. Located at the center of the city, the WTC is a business center accommodating representative offices for foreign companies, built during a period of growth in the USSR’s foreign economic activity. As it expands in the upcoming years to include new additions, SPEECH has imagined a project that puts in place two blocks with all-glass asymmetrical façades in the form of large crystal facets.

The first 57 meters, 12-story building overlooks Mantulinskaya Ulitsa, while the second, a 200 meters and 44-story high building, takes on a complex sculptural shape and faces Ulitsa 1905 Goda and the square with the Hermes fountain.

The skyscraper with a floor area of 62,000 square meters, holds public functions on its first few floors, including cafés and shops. The rest of the tower generates office spaces and features a viewing platform and observatory at the top.

Tailored to fit the overall arrangement, character, and façade line of the existing development on Krasnopresnenskaya Naberezhnaya, the buildings’ volumes and height blend in with the context, according to Sergei Tchoban, head of SPEECH. In addition, a public promenade zone alongside the entire building, emphasizes this integration within the fabric of the city and creates a new urban square.