Save
“A Building Should Be Nurturing and Protect People Within”: In conversation with Douglas Cardinal
Share
Or
Copy

Douglas Cardinal (b. 1934) is a visionary indigenous Canadian architect based in Ottawa, Ontario. He grew up in Red Deer, Alberta. His mother, who was of German origins, loved painting and music, and both became his passions as well during his years at a Catholic boarding school. In 1953, he started studying architecture at the University of British Columbia in Vancouver, but was forced to leave two years later due to his outspoken opposition to follow rigid geometry of the Bauhaus and International Style models, championed by his professors. He wanted to create buildings that would respond to nature and the organic rhythm of life, drawing from his childhood experience of being intimate with nature. 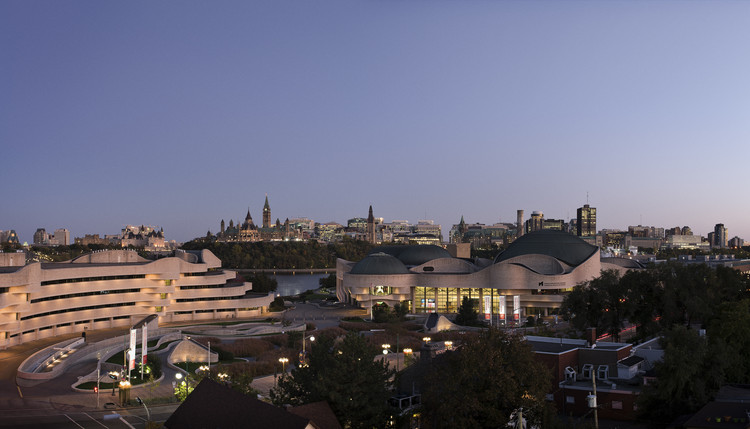 Cardinal continued his studies at the University of Texas in Austin, from which he graduated with a degree in Architecture in 1963. His first major project, St. Mary’s Roman Catholic Church in his hometown, a fine answer to Le Corbusier’s most unusual built work, Ronchamp. St. Mary’s has become Cardinal’s manifesto and gained him national fame, establishing his unique indigenous style, characterized by organic forms with smooth curves. This building is seen by some critics as the most sensuous work of architecture in Canada. Among Cardinal’s other renowned projects are Museum of History in Ottawa (1989), the National Museum of the American Indian in Washington, D.C. (2004), as well as schools, theaters, museums, cultural centers, churches, hospitals, and houses across Canada. The following is a condensed version of our recent conversation over the phone.

Vladimir Belogolovsky (VB): I read that your mother was the one who first suggested to you to pursue architecture. How old were you then?

“How Can a Building Play a Pedagogical Role?”: In conversation with Crossboundaries

Douglas Cardinal (DC): I was just seven. Many things led to that. For example, my father, who was the Blackfoot Indian, built our log house in Southern Alberta. He also built all the furniture. He was a forest ranger and hunter, and very close to nature. I was always with him, helping him from a very early age. And he always taught me about different species of animals and the forest; he knew everything about nature and ecosystems. We lived of the land. Nature gave us all the gifts – the shelter, the closing, and the food. I also started drawing ever since I can remember. We had a big family and I was the eldest among eight children.

VB: What projects are you currently working on?

DC: Typically, I never have more than a dozen people working here, and I don’t like working on more than several projects at a time because I am involved in developing every detail. Right now, we are working on a high-rise building in Toronto, a school for local indigenous community, and I am discussing a potential project for a museum in Beijing. I was contacted by the Chinese government people who know about my History Museum in Ottawa and having 56 indigenous ethnic groups in China they want to have a museum where their story would be told. They are consulting with me.

VB: Your first building St. Mary’s was finished in 1968. Could you talk about it?

DC: It was a very important project for me. The church wanted me to design the building entirely around the new liturgy, and the ritual of the mass which led to an entirely unorthodox plan. I worked very closely with a priest, Father Werner Merx, who was originally from Germany and came from a family of architects and engineers. He was appreciated the arts and was a musician and I was also trained in music when I was a child attending the Catholic church, where I was first introduced to paintings and art in general.

VB: What was the main concept for St. Mary’s? Was there any particular model for you or was it your own invention?

DC: It became a very extensive research project and I studied the history of church architecture. But most of the influence came directly from talking to the priest. We constantly discussed the design; I would do my sketches and he would be looking over my shoulder, making very enlightening comments. He was interested in my work because right before I received this commission, I built a house for a jazz musician that he had seen. The whole house was designed only with circles, very organic and a response to what the musician wanted – a very special place. So, the church was designed around the ritual with a circle in the center where everything was pointing upwards to the skylight above. Father Merx said that he wanted to have a church for the past, present, and future, and expressed in a sculptural form. That was my challenge. The design was started from the alter, from inside out, and that’s how it grew into this abstract spatial invention, a hybrid of art and architecture, a sculptural space, but most importantly, a great worshiping room for people to gather. And the alter was designed in such a way that it would be seen immediately upon entering the space – all attention was drawn to it and the whole space would emanate from the altar outwards in all directions with the cannon of light directly above, while the post tensioned concrete roof, serves as a baldacchino, a canopy that seemingly floats without any obvious means of support. And, of course, another important reason for the space, which evokes a seashell shape, is to have a longer reverberation time and to make the sound travel like inside a huge cathedral. And in fact, the church was consecrated as a cathedral with twelve stones in the building’s walls by Archbishop Anthony Jordan

DC: That became necessary when I was working on St. Mary’s. I first was working very intuitively, but the forms became so complex and amorphic that it became quite a challenge, particularly since the codes required to solve all structures analytically. And my structural engineer said that so many equations had to be solved that it would take seven people to work for one hundred years to go through the analysis. So, at that point there was no other way but to turn to computers. And I found one computer in Chicago that could do the job. That computer was so big that it occupied multiple floors of an office building; it had rows and rows of vacuum tubes. That was before the transistors became widely used. It was very inefficient, but we were able to solve our calculations in days instead of years. [Laughs.]

VB: You discovered your signature from the very beginning – with your St. Mary’s project. Was that the epiphany moment that gave you a new sense of direction? Do you consider that work your manifesto? It seems that this building has a kind of DNA that later informed all your work.

DC: Absolutely. Working with Father Merx has become the foundation for my entire career. I was able to express everything in that project. He was a perfect client. Who gets to design a cathedral as their first project?! And I have to say that throughout my career I was really blessed with good clients. They all wanted me to do a very special project for them. That was the reason they approached me in the first place. They appreciated my organic architecture and ability to think outside of the box in the most creative ways possible. And I never design my work on my own. I always discuss my ideas with people, particularly students, as I did many educational facilities. And the idea to make all my buildings spiritual, not just churches. Why should we experience spiritual connection with buildings only once a week, on Sundays? This is what Farther Merx told me – all buildings should be spiritual. All buildings should inspire people. That’s my goal from the very beginning. How do you do that? Most importantly, buildings should show a lot of respect for people they are serving.

VB: You said that achieving harmony with nature is one of the main goals of architecture. Could you talk about what is architecture for you?

DC: Architecture to me is a form of art, inspired by forces of nature, respecting the environment and people that the architect is serving. I see architecture as art because I want it to uplift peoples’ spirits. When you walk into it you should feel a part of it and it should uplift your spirit, like all art does. Architecture should be enjoyed by people. It should be loved by people. That is the main purpose. The idea is to create a natural space. I also like to say that a building should be like a woman. In other words, it should be nurturing and protect people within. Architecture should be comforting, protecting, and caring everyone who enters the space.

VB: A building should be like a woman. What a beautiful phrase.

VB: Your work was different, challenging the conventions. Was it hard to receive commissions?

DC: You bet! [Laughs.] But there were always people interested in my work. I was very fortunate from the very beginning of my career with very positive and inquiring clients. For example, Canadian Prime Minister Pierre Elliot Trudeau had his great vision. He initiated a national competition to design world-class museums in Ottawa. I was selected as the architect for the then-called Museum of Man. Afterwards it was called Museum of Civilization and then renamed again into the Canadian Museum of History. The government invited eighty Canadian architects and then selected twelve, including Moshe Safdie, but ultimately, my project won the competition and Safdie was selected for the National Gallery, which was another competition, in which I did not participate. Trudeau set up a special corporation for these museum projects and he acted as a client, separate from the Canadian government. But most of my projects are direct commissions. I don’t like entering competitions because there is no connection to the local communities who I always involve. 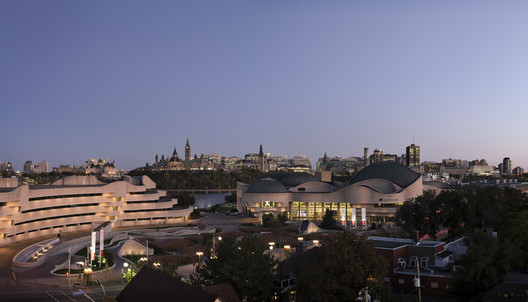