Save
The Broken House / NPS Arquitectos 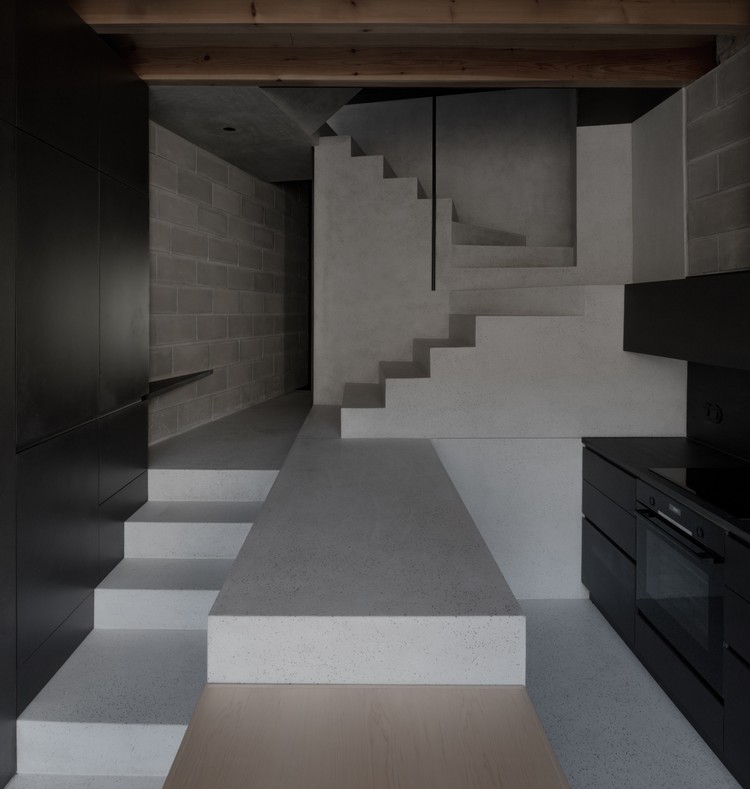 Text description provided by the architects. It was probably a few hours after the "Grândola Vila Morena"1 by Zeca Afonso, echoed on the telephony, the 2nd 'password-song’ of a revolution that would free Portugal from a dictatorial regime, on 25 April 1974, that a journey which had begun a few months earlier was abruptly interrupted. The construction site was abandoned that same day, becoming a kind of contemporary ruin of an anonymous residential building. 42 years later the process was retaken, redefining a new journey to turn this peculiar lot into a House – Atelier.

The terrain, with its eccentric shape is part of an irregular urban mesh, sometimes precarious and industrial, but consolidated, and fruitful in folds and breaks. Like the waist of a body the central area of the site is very narrow, widening both north and south. The found structure of pillars and beams in reinforced concrete is generous, almost excessive.

The proposal arises from the dialogue between this existing structure and the new one. The staircase, placed in waist of the lot works as the new structural element that reconciles in itself the stabilization of the whole. Reducing the load on the existing structure, the secondary beams are all in wood. The irregularity of the plot end’s up having repercussions on the section, unfolding the two levels to the front (north) into three sub-levels to the interior, facing the backyard (south). Despite the geometric irregularity, the different parts of the house keep a high level of permeability. Rather than holding just one function, the rooms seek to be versatile places with their own spatial and light specificities, capable of housing different uses.

The house is sheltered from the outside, whether closing itself through two big blind and cuted walls (east and west), whether winding itself from the public road (north) through a facade punctuated by a wicket and a patio with zenithal light, to, thereafter, relate generously with the interior of the back patio (south). The building is as a compact unit, a refuge with recurrent relationships between interior and exterior spaces, but always intimate. The natural light, sometimes reveals and animates, sometimes cuts and omits the 'sweet disorder' of the spatial composition.

The almost non-existence of surface treatments unveil a tension between the roughness of the surfaces and the adornment caused by the joints of the materials, such as the in-situ concrete, the concrete block, the terrazzo and the wooden panels. The main purpose was to build a live container, but in a secretive way, it should confine without oppressing, creating the base for a versatile laboratory for living. 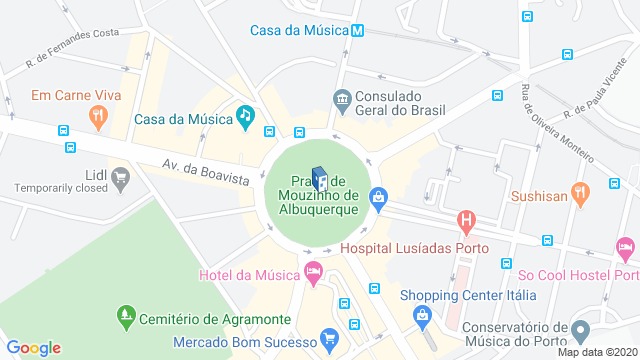 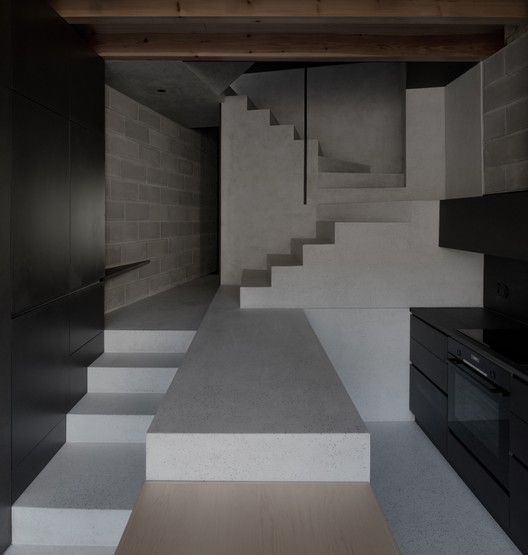