Townscaper is a new building game that allows users to create their own town, in a very simple way, with elements rising from a digital sea as they click. With no goal apart from the design aspect, this video game, launched very recently, has already gained a lot of positive reviews. 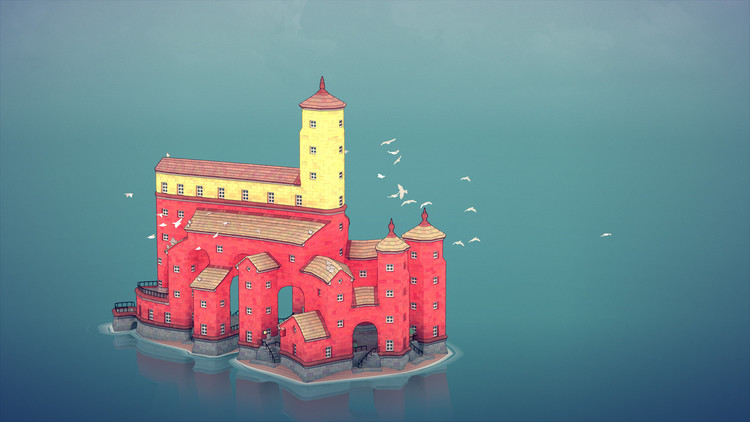 More of a toy rather than a video game, according to Oskar Stalberg, the developer behind the game, Townscaper is inspired by “the design of Scandinavian cities and children’s books”. An experimental venture, the game has “overwhelmingly positive” reviews on Steam, where it is available for download, in early access.

Simple, the mechanics of the game consist of a left click to build and a right-click to destroy. Starting off with a foundation, blocks can then be assembled, on top of each other, or next to each other, in any way that pleases the users. Details are handled by algorithms that introduce many features, depending on the context such as terraces, arches, bridges, gardens, ladders, clotheslines, etc. Background sounds are also kept to a minimum, with only noises from sinking materials into the sea.

Inspired by the architecture of Scandinavian cities like Stockholm and Copenhagen, as well as hyper-detailed children's books, Townscaper builds on small elements to make the game more playful and enjoyable. Using colored bricks and stones, the game also includes, for example, mailboxes, seagulls on rooftops, tiny Wellington boots on doorsteps, etc.

Stalberg, who has been in the video game industry for eight years now, plans on adding future features according to the requests of the players. He is also asking people to screenshot their creations so that he could have a better sense of how they are using the toy. Some are replicating existing structures and others have already reached the size limits for towns.