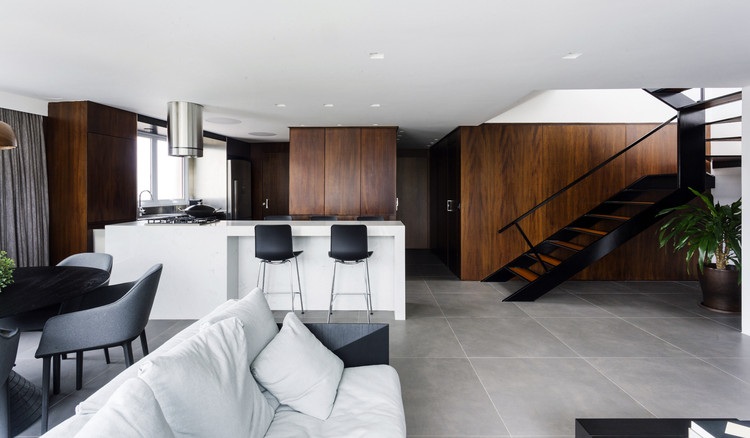 Text description provided by the architects. The Tito apartment was designed as a bachelor pad with ample spaces and beautiful visuals. The project attends the owner's daily and occasional need and it's flexible social spaces allow events of different scales.

The first floor is divided into two zones with different levels of privacy. The first, next to the entrance and connected with the second floor, is the spatial integration between the kitchen, the living and dining rooms, making the main living area of the apartment. The second, located in the most private half of the first floor, is the integration of the owner's exclusive spaces.

With smaller scale and better visuals, the second floor acts as an extension of the first floor social areas, making possible more private events. The integration of the spaces is controlled through sliding panels and windows. 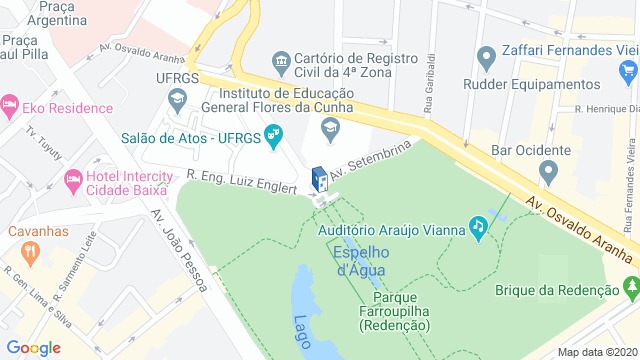 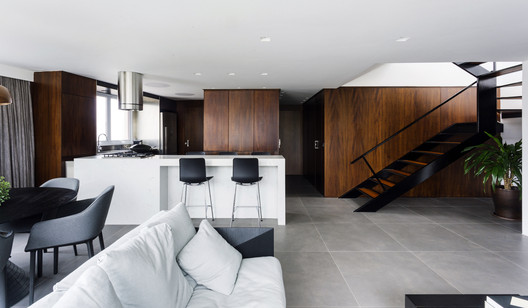