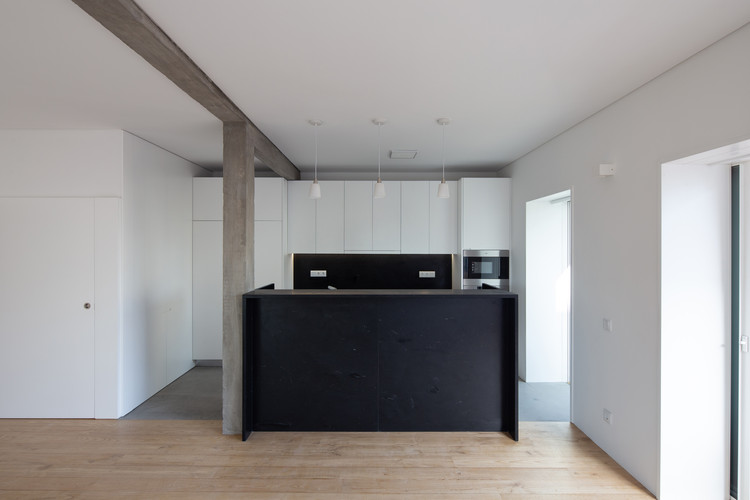 Text description provided by the architects. The intervention aims to rehabilitate an apartment that has been vacant for decades, inserted in a rental building designed by the Porto architect Fernando Lanhas. The building, semi-detached with 4 floors, has good sun exposure with the added value of having 3 fronts of light.

The interior of the apartment considers the organization of the space to be clear and conventional at the time of its construction, however generating very small and compartmentalized spaces. The social area settles down towards the back façade, which is calmer and more peaceful, while the private area face the far more busy street.

Throughout its envelope, long balconies border the building, creating the reason for the creation of different daily scenarios, always having the urban background as a context. The project included an exercise of purification and reparceling of the functional areas of the apartment at the same time that the apartment was endowed with the comfort and convenience required to live in nowadays.

In a relatively modest apartment, a selective attack strategy was devised in order to comply with budgetary restrictions. The objective was to favor and increases the sense of space of the social areas, overturning the existing compartments. Thus, the dining room was opened over the kitchen and over the sewing room / office giving room to a large openspace brightly lit by the southern light and expanding over the adjoining balconies. The relationship with the “outside urban space” is reduced by the introduction of a large segmented window that allows the opening of the new living area in its entirety.

In the social area, the structural elements now exposed and stripped (pillar and beam) participate in the composition of the space creating tensions and suggestions for the definition and organization of the functions of contemporary living, as Fernando Lanhas himself intended. A volume of black slate attached to the pillar that contrasts with the brownish wooden floor, generates the reason for the installation of a kitchen island that, due to its design, simultaneously protects the work surface of the counter and opens onto the living area.

A set of white lacquered panels and oak planks flooring guides and leads to the main instance of the house - the open plan living room - camouflaging the functional relationships, for example, the service bathroom and bedrooms.

In the private area of ​​the apartment, such as bedrooms and bathrooms, there were some improvements to meet the demands of daily life and contemporary living, however, maintaining the design of harmony and minimal purification.

This project exercise aimed at the intervention in modernist building of the 50/60 decade of the 20th century that, like many other modernist buildings, needs to be recovered and taken care of. It is currently a fertile field of intervention that needs study and regulation so that, as well as the heritage of the historic center, it can be put into place somo are strategies for intervention and preservation of an unmatched cultural legacy that guarantee the continuity and permanence of the buildings.

It is an exercise in architectural containment and clarification that translates into a contrasting ambivalence through the use of classic materials but with a very dry and raw detailing. 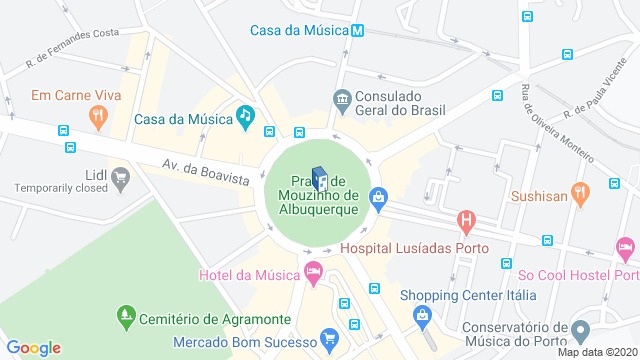 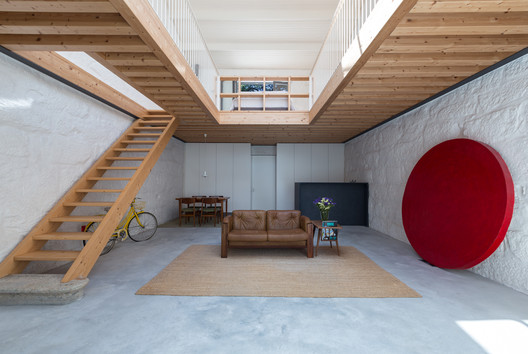 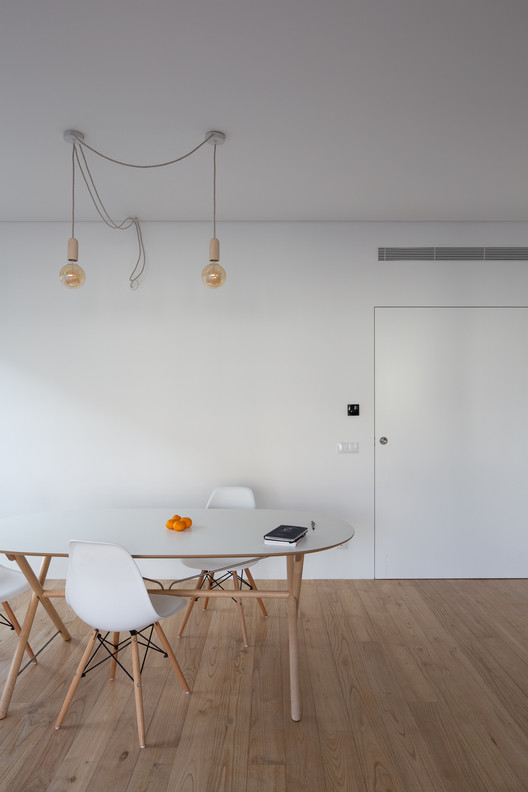