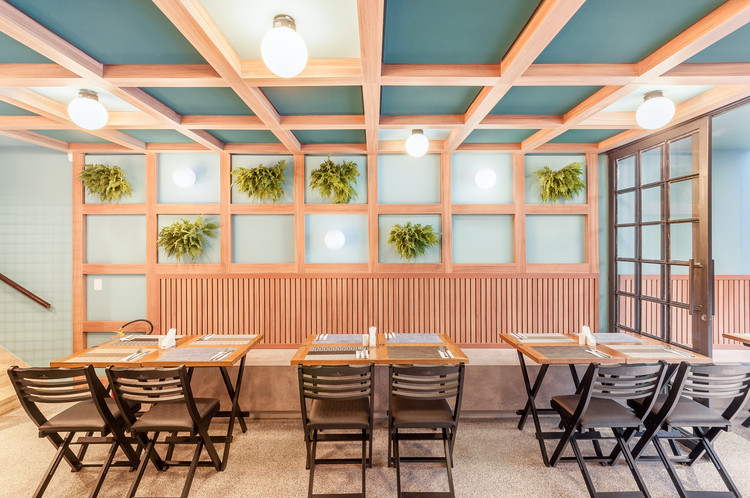 Text description provided by the architects. The owners of the IPPO COZINHA decided to develop a new proposal to the restaurant, located right next to the other restaurant of the couple: MIT Restaurante. IPPO COZINHA is an à la carte restaurant, created to attend the Conceição neighborhood, an uprising region of Sao Paulo, where some of the largest companies of the country such as Itaú and Volkswagen are established.

As a new restaurant, the establishment also had to take other elements into account, such as a new Visual Identity, new target and new strategic positioning. One huge asset during the project was the alignment with the team who created the new Visual ID of IPPO, since the beginning of the process.

Just like their other restaurant, the property used to be an old two-stories residence, filled with rooms and corridors. The house had to go through a big remodeling to create new wide rooms, with enough space to comfort the customers and staff. The building was adapted to the restaurant needs from the inside, but it also had to be attractive to the passing customers, in the busy avenue where the restaurant is located. By using simple and economical solutions, where once an old front garage took place, now a sober and clean façade highlights the establishment. Another important detail was to create a façade that didn’t conflict with their next-door restaurant.

The upper floor of the building used to be where the bedrooms of the house were. With the new project, every room was transformed in a spacious lounge to accommodate more customers in a comfortable place.

A highlight of the project is the great wooden grid installed in every room. Other than beaut, the grid was built for two important reasons: Lack of multiple Illumination points and the house acoustic problems. The house ceiling slab counted with a single lightning point and the grid supported the creation of new lightning points, to support the illumination required for the restaurant. The center of every grid counts with an acoustic panel painted with the restaurant main colors, to absorve excessive noise, specially during peak hours, and to create a comforting acoustic atmosphere for the customers. 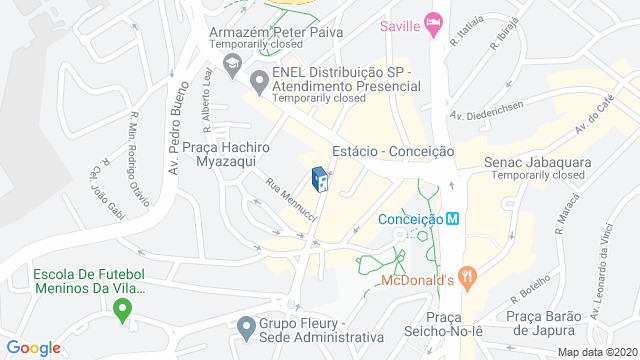 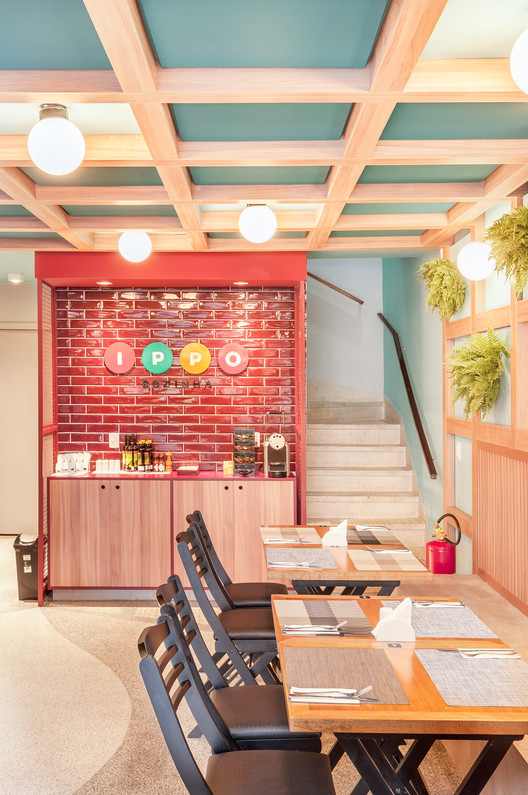