This article is part of "Eastern Bloc Architecture: 50 Buildings that Defined an Era", a collaborative series by The Calvert Journal and ArchDaily highlighting iconic architecture that had shaped the Eastern world. Every week both publications will be releasing a listing rounding up five Eastern Bloc projects of certain typology. Read on for your weekly dose: Scientific Superstructures.

In the period between the Brezhnev era and the collapse of the USSR, dominant interdisciplinarity manifested in the constructed aesthetics, in contrast to the previous years, where there was a dominance of grey concrete monotony.  One of this ‘new era’s’ most representative exponents is Florian Yuryev, architect, artist, and author of well-known research called "synthesis of the arts", in which he researches music and color, exploring how properly organized colors are able to cause the physical perception of sound.

Years after Yuryev's original idea on the close relationship between color and music, Kyiv’s Institute of Information was created under the supervision of the KGB,  with a program dedicated to lectures related to scientific and technical issues.

One of the fundamental pillars of the Soviet Union was its commitment to education and its influence on National advancements.  It has been estimated that approximately 10 to 15 percent of the USSR-era budget were dedicated to educational means, including building construction and maintenance, teachers’ salaries, and equipment and supplies.

In the ideal construction of Soviet society, education was seen as a tool to transmit social, economic, cultural, and scientific objectives of national interest. The Minsk Polytechnic Institute Building housed a mixed educational program that integrated theory with technical practice. All classrooms were equipped with filmstrip projectors and audio systems, whereas the technical school had two linguistic laboratories and three classrooms of programming training.

Institute of Robotics in St Petersburg /  B. I. Artiushin and S. V. Savin

Originally established in 1968, the Institute of Robotics and Technical Cybernetics (RTC) was the special design bureau of the previous Leningrad Polytechnical Institute, later named the Saint Petersburg State Polytechnical University. Considered one of the largest research centers in Russia, RTC activities concerned control systems of objects, laser technologies, and intellectual real-time control technologies with the use of telecommunications systems, among others, to secure Russia's dominance in the research of space travel. The building is architecturally notable for its iconic `white tulip’; a round-based concrete structure with sharp-pointed edges, located in the center of the complex, which embodies the principles of Soviet architecture.

After more than ten years of construction, the Slovak Radio Tower immediately stood as one of  Bratislava’s architectural dominants. The urban layout of this building was part of a major urban planning project called ‘Transverse Axis’,  a 90-meter-wide city boulevard that would connect the railway station with the city center. The Slovak Radio Building was one of the few constructed buildings, since the full urban plan was never completed. The construction of the radio was preceded by two rounds of competitions in 1962 and 1963, after which the project investor dismissed the winning idea arguing high costs, to favor the third-place design by Svetko, Ďurkovič, and Kissling.

Formal exploration of the building reveals an era of large budgets, that allowed to achieve complex structural challenges. The building is made up of two inverted pyramids;  the inner pyramid houses all the broadcasting facilities and equipment while the larger structure comprises space for music performance and public gathering. The building was named a Slovakian National Monument in 2018.

Located near the National Post Office headquarters and Ion Luca Caragiale Park, the Telephone Building has a privileged placement within the historical center of Cluj-Napoca, reflecting the socialist modernist architecture in Romania.

The original 3-story building stands out for its remarkably detailed façade;  glazed and framed with travertine-pleated vertical elements. The marble base is crowned by a washed concrete frieze. A glass floor was added during the second construction phase. The additional extension can be clearly distinguished with the change of exterior cladding, this time completed with vertical ferroconcrete columns. 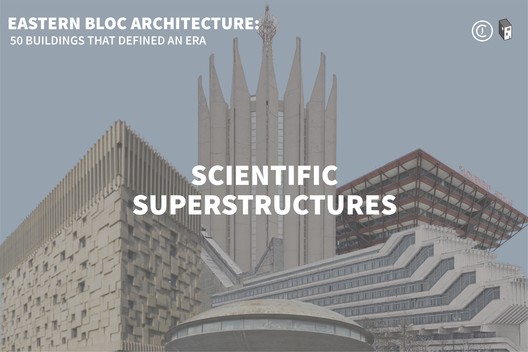