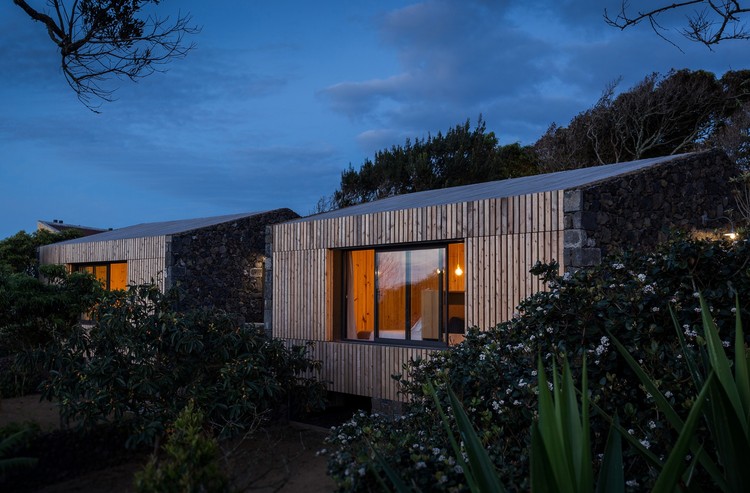 Text description provided by the architects. The project was born from the idea of adapting the existing buildings and structures of an old manor house with vernacular architectural features for tourism purposes in a rural area. In order to preserve the essence and genuineness of the place, the main intention was the valorization of the existing architectural heritage using a fusion between tradition and contemporaneity.

The built complex presents an interesting volumetric composition, marked by three bodies arranged at the top with the street, articulated among themselves and defined by several heights, configuring in the center, a patio with a rectangular design. A hermitage is presented after a small churchyard with direct access by public road, composed of a single nave oriented from north to south, a small sacristy and a high choir accessed from the central courtyard of the house.

A significant part of the existing constructions has been directed to the tourist activity, with only a small upgrade for a second accommodation unit. In search for the valorization of this place, we can verify the use of basalt stone for structuring the building, as well as in the old vineyard corrals, which led to the construction of two more accommodation, inspired in ancestral structures of support to the agricultural activity of the region. In this context, we proposed that those constructions were covered with cryptomeria wood and basalt trimmed stone, endogenous materials.

The core of the Hermitage, now an event space or dining area, is assumed as a highlight of this project, resulting in a totally versatile space, combining history and tradition with contemporaneity.

On the east side of the property a horizontal body is developed in a south-north direction, where tasks related to tourist logistics are carried out. This area is developed at the same height of the attached volumes, for a spatial and material continuity, and is interrupted in a gradual way, superior and inferior, in order to relate to the existing one and to create routes of connection between the interior and its west and east side. 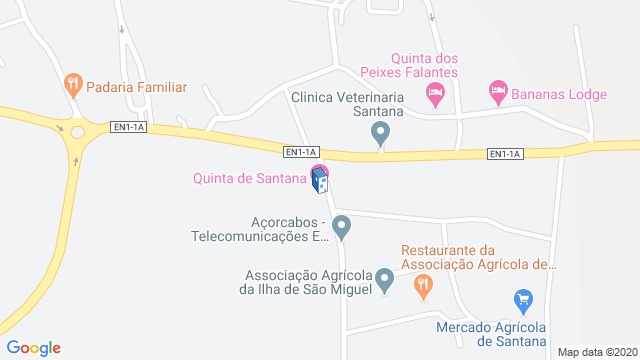 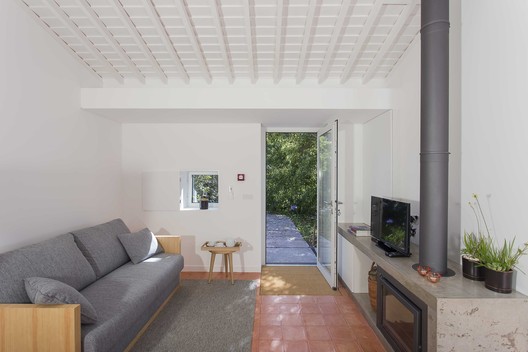 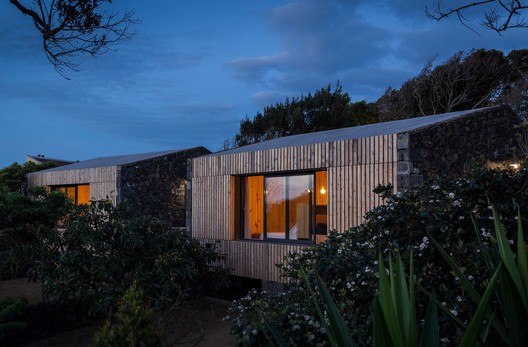 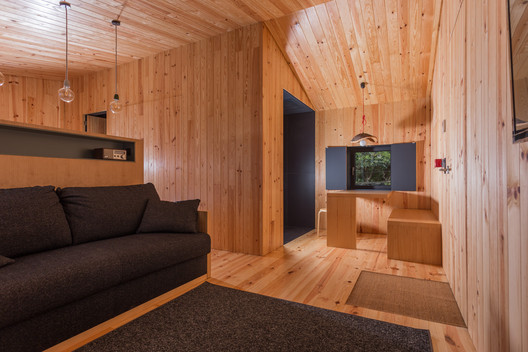 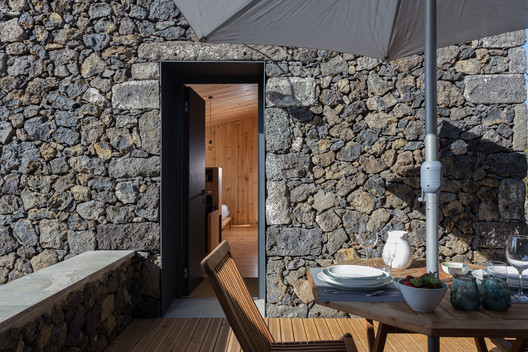 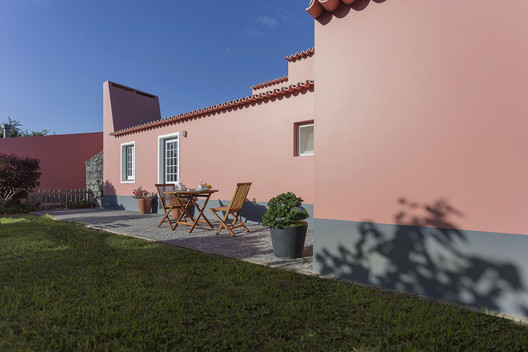