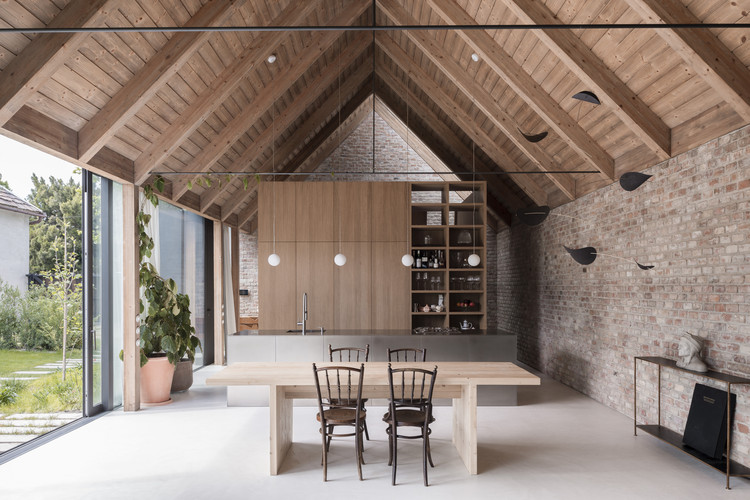 Text description provided by the architects. The linear massing and facade of the house reflect the traditional rural development typical of the outskirts of Bratislava. Built on the site of the original house, the traditional grey masonry gives the main character expression to the interior.

The plan arrangement is inspired by a three-part Slovak house where the central space becomes the so-called "pitvor" – a front hall of the house oriented onto the garden, which is its inseparable part.

A significant structural element is also the shaping of the roof truss, allowing in eastern light though skylights and thus respecting the continuous roof massing visible from the garden. 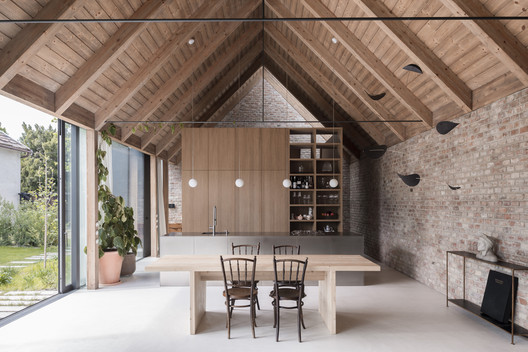