An online poll of 2,746 respondents, posted at The Citizens’ Brigade to Save LACMA website, found that only 5% of the participants approved of the current proposal for a new Los Angeles County Museum of Art (LACMA), designed by Peter Zumthor. Organized by The Citizens’ Brigade to Save LACMA, the survey, open to everyone from April 27th till May 15th, also allowed the audience to review and vote on the six leading design ideas that resulted from the “LACMA Not LackMA” international ideas competition. The shortlisted six teams were: Barkow Leibinger, Coop Himmelb(l)au, Kaya Design, Paul Murdoch Architects, Reiser + Umemoto, and TheeAe. While three of the selected projects proposed to build from the ground up, the three others recommended working with the existing architectural fabric.

According to gathered statistics, there was a tie between Vienna-based Coop Himmelb(l)au’s “LACMA Wing” and Los Angeles-based Paul Murdoch Architects’ “Unified Campus”, both proposing new structures. On another hand, “Reimagining/Restructuring” by Kaya Design was chosen by those that favor the idea of using the existing buildings.

It’s evident that the art- and the architecture-loving public finds LACMA’s plans sorely lacking the requisite space to honor the museum’s encyclopedic collection. […] Counter to LACMA’s closed process, we wanted the public—the taxpayers of Los Angeles County and beyond—to express their opinions about a plan that would decrease exhibition space and create a budget hole for the County at a time when essential services need funds. -- Joseph Giovannini, co-chair of The Citizens’ Brigade to Save LACMA.

Moreover, the poll underlines that 50% of the respondents agree that the existing buildings “should have been preserved” or “renovated, upgraded, and used as the base for an expanded” museum. In addition, 35% responded they either “did not care if existing buildings are reused” or “prefer a new building” so long as a new LACMA is large enough to contain the collections; whereas ten percent abstained. Greg Goldin, the co-chair of The Citizens’ Brigade, commenting on the poll stated that "the response to the survey shows how invested the public is in the cultural life of Los Angeles, […] We are hopeful that the County Board of Supervisors will take this into account and reconsider their monetary support for LACMA’s insufficient and unpopular plan". 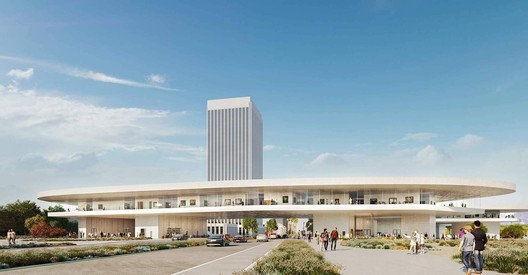