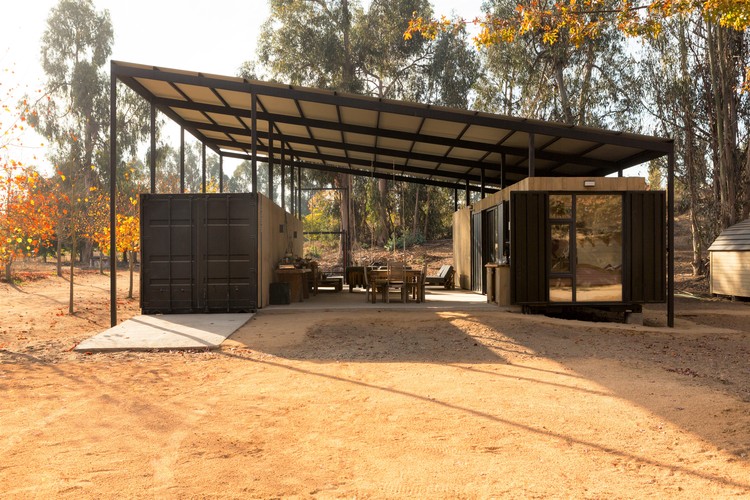 This project comes to life with an urgent and circumstantial character. It transforms into an elemental space, giving the sensation of versatility, flexibility and connection to nature.

Container House can be used as a home or a multi-purpose space. The two containers are connected by a large roof, which creates an open space. This allows the house to extend and transform during  the day into an artistic workshop or architectural office, while at other times into a yoga room or crossfit box.

It is a place that invites you to live more simply, freely and lightly. A direct relationship with nature is established due to its close contact to the outside world. The living space has large windows that connect the interior  with the outside surroundings, giving the feeling of expansion.

The project has a very low environmental impact, considering that the materials are repurposed  from the industrial world (shipping containers) and the agricultural world (fruit pallets for furniture). The main advantages of this system are recycling, construction speed, cost reduction and material optimization.

The parallel arrangement separated by 6 meters between both modules generates an intermediate space that is covered with a higher metallic structure that wraps the entirety of the two containers. The resulting space is transformed into a livable solution with an articulating role between the two elements.

Components
Understanding the project by the parts that make it up.
<Environment: Natural context of smooth hills, protective trees and silence.
<Container warehouse: It plays a fundamental role as a support for the intermediate space by having its entire longitudinal face closed.

<Habitable Container: It achieves the purpose of solving the need for a room and an interior space.
<Intermediate space: Due to the fact that both of its ends are open, it becomes a semi interior and exterior space with a multi-purpose.
<Roof: Provides spaciousness and offers a feeling of shelter. It generates a thermal regulator effect due to air circulation, given by the height difference at its ends and its open perimeter. Its slope allows the use of a second level over the warehouse container.

<Wraparound layer: The wood cladding adds warmth and harmony, creating a vital contrast with the coldness of the metal. It works as a well-ventilated façade as it is separated from the metallic cladding and has an airy space at both its ends.<Stove: It acts as a completion to the intermediate space, providing a cozy and intimate touch, integrating the landscape with the construction. 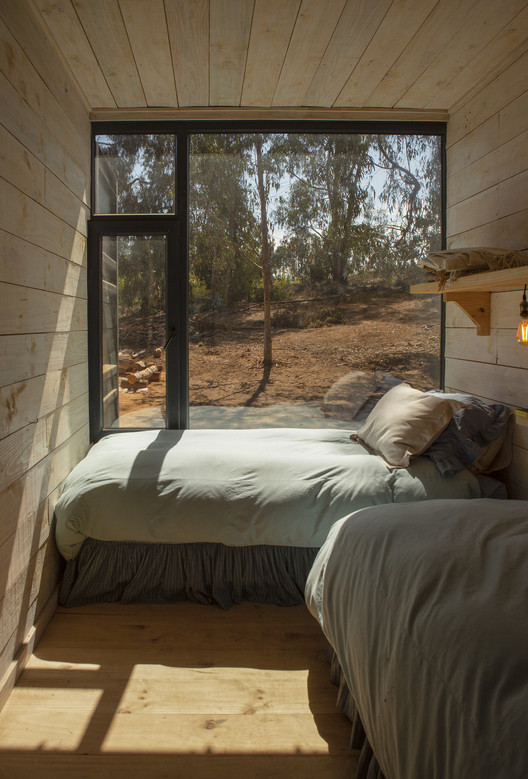 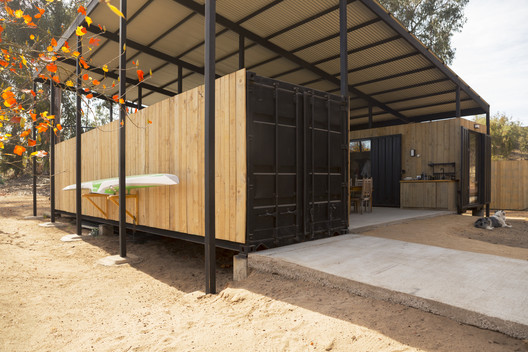