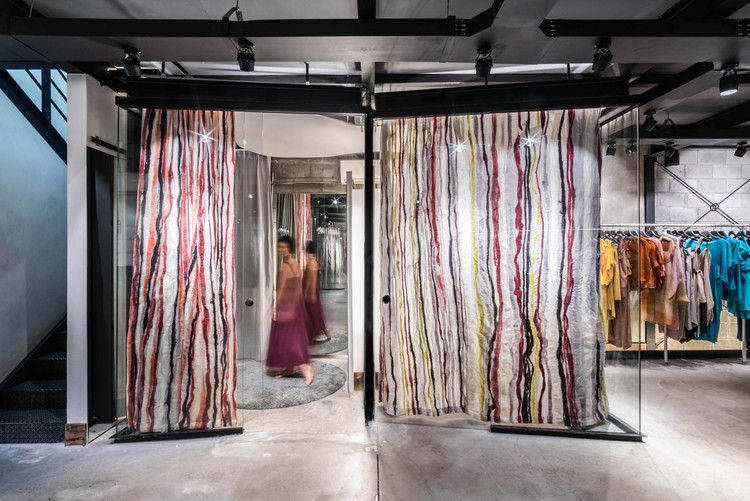 Text description provided by the architects. Architecture and Fashion Design are fields of expression that can share many principles related to the ethical and aesthetic values of human culture. As a subtle synthesis, what was sought in this reformulation of the stylist Fernanda Yamamoto’s store in São Paulo, was the dialogue between structures that can manifest both what is ephemeral and what is perennial. From the new volumes of the dressing rooms, a space of vital importance for the ambiance of those who visit, the static dimension of architecture is constantly transformed by the possibility of changing the fabrics of the curtains that identify each collection of the stylist. Parallel to this, these same fabrics are surrounded by a diaphanous 'skin' - the glass - which, with its reflections and transparencies, causes them to take on distinct aspects, added to a new equally expressive lighting. Built in 2009, the fashion designer saw the need to transform and adapt store spaces to a new atmosphere.

Thus, the restructuring project took place based on criteria that valued the scenic aspects of the spaces and the exhibition of its production. A first action consisted of a more concentrated layout of showcases (clothes racks, showcases and displays). Aligning them with the side walls, a greater emphasis was allowed on the exhibited pieces, as well as the expansion of the central space of the store, which often ends up being the stage for meetings and workshops. As a second important change, the entire lighting was restructured, aiming at a total discretion of the light sources and also the configuration of the scenic qualities previously mentioned, valuing the areas of clothing display. Finally, as spaces-objects that created a point of convergence in the store environment, the fitting room was totally expanded and restructured. Understanding them as the most important places of contact between customers and clothes, we thought internally of a space surrounded by expressive lighting and textile surfaces that were configured as a backdrop for the images projected on the large mirrors. The lighting (always indirect) and the ‘cloud ceiling’ (responsible for the reflection of light and acoustic absorption) end this scenic spatialization.

Externally, these two new volumes of faceted geometry and only suggested by the edges of the glass planes, appear as large light boxes in the middle of a strategically diffused luminous space. Structured at the top by metal beams and small profiles at the bottom for anchoring the glasses, their presence changes significantly as their parts are flexibly manipulated. Glass, lighting and different layers of textiles give these architectural objects variable faces. This is further enhanced by the possibility of exchanging these same textiles, making them elements of expectation and surprise as they are found differently in each visit. In addition to the senses of vision and hearing - which always prevail, the delicate handles made of metal end this experience, making touch a fundamental part of the perception of the senses that fashion also shares in its manipulation of fabrics. 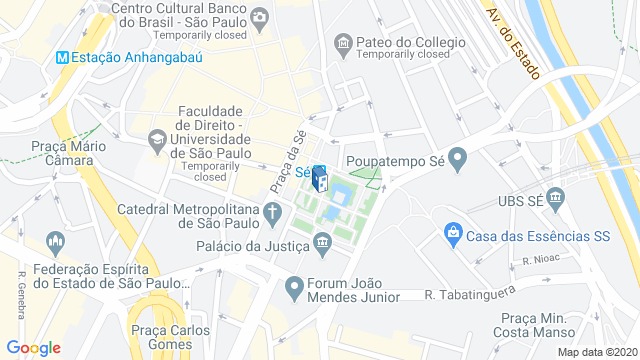