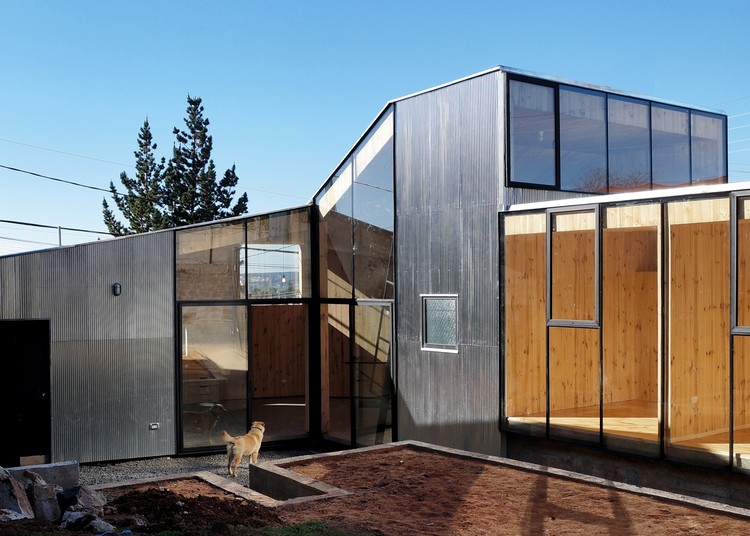 Text description provided by the architects. The house is located on the corner of Oller and Caracas streets in the Recreo neighborhood in Viña del Mar, and was one of the Outstanding Works of the XXI Chilean Architecture and Urbanism Biennial, under the premise of the “everyday".

This commission came from a family member looking to buy an apartment, to whom we offered, using the same budget, to find a piece of land and design a home, not abandoning them during construction and maintaining our mutual affection. In their words: “Up until then we had only seen real estate offers, it was not an option to build something because we did not know with whom we could do it, then Dolores and Pablo came with the idea to recover some old construction or to buy some land and build from scratch. Although it was going to take longer, we liked to have their guidance and the fact that nothing was ruled out”.

With this level of trust, the immediacy of buying a new apartment was ruled out and we began working together for two and a half years, and effectively, nothing was ruled out, resulting in the Oller Caracas House, a solution amongst many others to this family’s need for a home.

The dialogue between the house's facade and the neighborhood is forced by the chamfered corner and a precarious border wall that was not demolished, on which the house is suspended, a gesture that was repeated internally, where the hermetic quality of the façade is in opposition to the rooms with large windows.

Foundations, floors and flooring under some furniture are exposed concrete; walls, partitions and ceilings are SIP panels, with tin on the outside and wood inside; doors and windows are metalwork. Everything as it is, which demands the art of good construction, since we couldn’t apply makeup after it was finished.

Due to the closeness we had with the owners the program was clear, but at the same time we suggested new uses, and so the house includes a patio, three bedrooms, two bathrooms and a common space for rest, meals and cooking, which is crowned with an elevated study into the remarkable ceiling, which strictly speaking is a very tight floor plan that gains air in its elevation.

Although the budget was limited, there was no imposition of austerity, but rather we addressed decisions on materials and construction techniques, avoiding negative connotations that could scare off potential builders, which in Chile, for this scale of investment, usually consider architecture as part of their services.

Thus, the Oller Caracas House has a dialogue with a common everyday life that becomes extraordinary in the inevitable exercise of imagining what that day-to-day would have been like if they had chosen to buy an apartment, an opportunity that was opened up by architecture in the quest for an alternative. 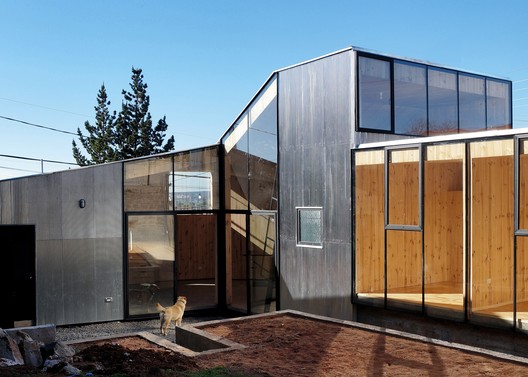