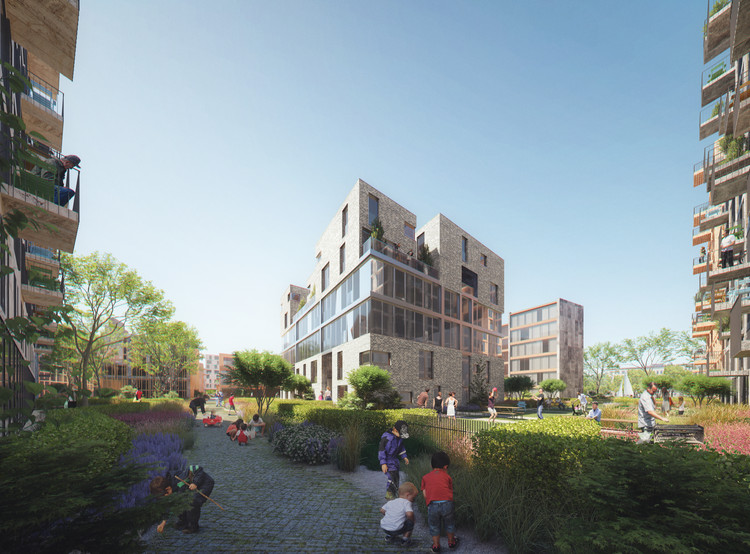 As the team states, "For decades, shops and restaurants have bought their vegetables, fruit and other food supplies from here. Today, the site is a jumbled ensemble of high fences, shed roofs and a closed gate; it is undergoing a large-scale transformation. The Food Center terrain, a long quay bounded by two canals, will be renewed and more efficiently organized by developing the series of harbor basins that were filled in and reclaimed during the seventies. As part of this reorganization, the footprint of the Food Center will be halved and a large part of it moved to the northern end of the quay."

The historic building on site will be restored to its former glory and be made accessible to everyone. The hall will be the new attraction in Amsterdam West and will include a hotel, a Food Lab for food-related knowledge sharing and restaurants. 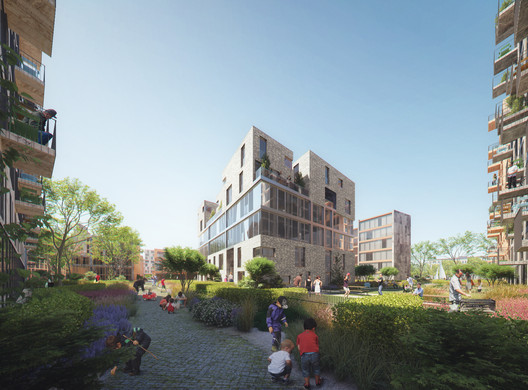