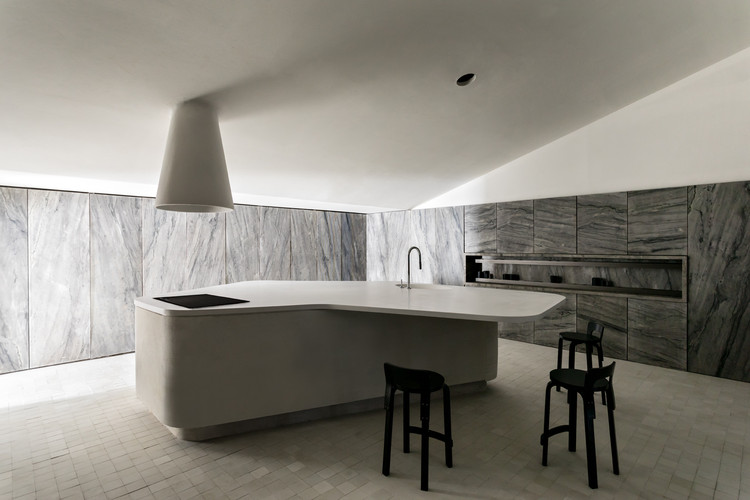 “Architecture is the learned game, correct and magnificent, of forms assembled in the light.” (Le Corbusier) The Swiss-French modern architect tells us that "our eyes are made for the forms under the light; the shadows and the clearings reveal as forms; the cubes, cones, spheres, cylinders or pyramids are like great shapes that light reveals well; Your images are not clear and tangible, unambiguous. It's how it looks beautiful”. In the same way, the design of Cucina Pietra exists by itself. It is an act of ordenation in which the friction between points, planes and environment is conceived in a complementary and inseparable way. Its ponctuated interventions appear in silence, as a deep and rigorous instrument of representation of matter and forms.

Following the same argument announced by Adolf Loos that “the evolution of culture is synonymous with the removal of ornament from utilitarian objects”, the project anchors itself in the simplicity of elements and aims to highlight the plasticity of architectural volumes and components. The intervention was an experimentation, a way of rethinking and reopening the value of visual relation as articulator and activator of body experiences.

The entrance access is sheltered by a high ceiling that lowers until reaching the long corridor in parallel. The plan has a well defined perimeter built by pannels and cabinet doors that, thanks to the technology of SCA, a tradicional brazilian kitchen design company, received the application of thin layers of marble. In the heart of the plan, the kitchen island organic geometry creates a friction between the rigid perimeter and it’s reinforced by a cylindrical stove hood that unfolds from the ceiling. The natural light that runs throught the corridor and overflows silently into the space, invites spectators to the exterior, where the geometric shapes of São Paulo high-rise buildings can be seen in constant evolution. 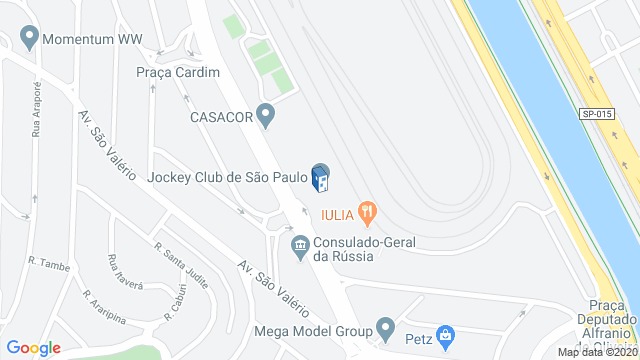 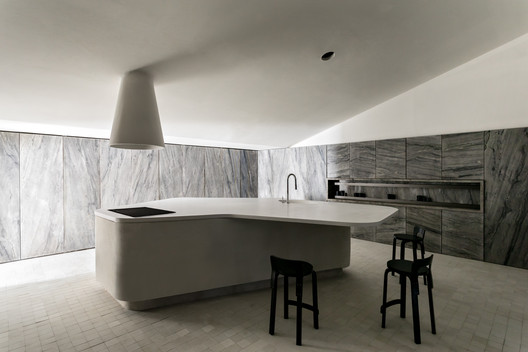