Save
How Will Generative Design Impact Architecture?
Share
Or
Copy

Trial and error. On a napkin, on tracing paper, or on a black CAD background, much of an architect's work is to make and redo lines, shapes, objects, and images. Discard, start over, repeat. Between an initial idea and a final project is a long and exhausting path. This difficulty lies in the root of designing as a process of making infinite decisions, where a change can influence countless other elements and consequently is an exercise in choosing benefits and concessions. These choices can take a number of forms, from determining how much area to cover while minimally impacting the environment to fitting as many work tables in an office as possible without losing good circulation. Each require many studies or considerations to arrive at the most suitable option. For example, the position of a window, even if it looks great on a the façade, can make the location of the bed in a dormitory unfeasible or increase the building's energy consumption.

Of course, there are always tight deadlines and budgets throughout any project, with the client often in a hurry and willing to devote limited time to thinking about every possible combination or the precise appropriateness of each decision. This stage is where, increasingly, the concept of Generative Design has appeared in architecture.

Generative Design combines parametric design and artificial intelligence together with the restrictions and data included by the designer. According to Celestino Soddu, a researcher at the Politecnico di Milano, “it is a morphogenetic process that uses structured algorithms like non-linear systems to obtain unique and unrepeatable results, executed by an idea code, as in nature” [1]. The analogy with nature illuminates some important parallels. Taking the example of a tree, a large trunk that is wider and stronger at the base resists all the pressure and tension caused by the wind and its own weight. From there, several other increasingly thin branches emerge, culminating at last in the leaves. There are no leftover materials, and the forms adopted are the most suitable for their habitat. In places with a lot of wind, the composition of the tree will be very different from that of another in a sandy soil, differentiated by a process of natural selection occurring over millions of years. This same reasoning can be used in art, design, and architecture.

The concept is based on the exhaustive exploration of design alternatives, which are derived from certain assumptions defined by the designer for a proposed purpose. “Generative design is a strategy that increases human resources by using algorithms to automate design logic. You still define the parameters, but instead of modeling one thing at a time, generative design software helps you create many solutions simultaneously and sometimes even find 'happy accidents' or unique and unforeseen solutions that would be difficult to discover with traditional methods.” [2]

For example, Brazilian architect Guto Requena used generative design to create stools whose volumes were shaped by the rhythm and melody of popular Brazilian music. The resulting organic shapes were then cut into pieces of marble. In the Netherlands, startup MX3D joined forces with Laarman Lab, Heijmans, Autodesk and several other supporters to create a pedestrian bridge produced with 3D printed steel. The team worked with generative algorithms to produce successive design iterations under a given set of parameters. After determining a shape, digital simulations of the bridge were performed, removing excess material by mixing structural calculations with geometric manipulation, teaching the algorithm to recognize which parts of the bridge were least crucial. In other words, the project used Generative Design to combine the possibilities of the machine's 3D printer with various tests of shapes and design possibilities using minimal parameters.

Another example is the research project Evolving Floor Plans, which explores speculative and optimized architectural organizations using generative design. Classrooms and the circulation of people in a hypothetical school were generated through a genetic algorithm programmed to minimize walking time, use of corridors, and other parameters. The floor plan "evolves" from genetic coding using indirect methods, such as contracting graphs and growing corridors, using an algorithm inspired by ant colonies.

However, generative design will not always generate complex and highly organic shapes. It can contribute to the repetitive and boring design processes that we are already very used to. Last year, Sidewalk Labs announced the development of a generative design tool that uses machine learning and computer design to create urban planning scenarios. Using geographic information, urban guidelines and regulations, street layouts, orientation, weather patterns and building heights as input data, the tool generates a series of possible scenarios for architects and planners to evaluate and refine their final product. With machine learning, the system has the ability to improve the task and generate improved projects as it accumulates experience.

For the design of the Autodesk offices in Toronto, Generative Design played an essential role. The process was initiated by collecting opinions from employees and managers about work styles and location preferences, which were transformed into data. Consequently, six primary measurable parameters were defined:

Evidently, there were elements that could not be altered, such as vertical circulation, bathrooms and plumbing, and the building structure. Working around these constants, the process was automated to explore thousands of layout configurations from hundreds of combined variables, obtaining the performance classification of each of the options for the indicated parameters. It is worth noting that after the space is reoccupied, and the productivity or frequency of use of each space is observed, it is possible to validate or change some of the parameters to make the model even more accurate for this or other projects. Also, if any of the parameters change, such as increasing or decreasing the number of teams or even if a new auditorium is needed, they can be included in the database to create new iterations.

In a project based on the concept of Generative Design, the computer is no longer just a place to graph the project, or even to register materials and geometries. Rather, it becomes a co-author of the project, presenting multiple design alternatives including classifying them from the most to the least suitable according to prerequisites and premises designated by the designer. Yet while computers can help organize and prioritize these decisions, they cannot actually make them. Only people can make the final decision. A new tool in Revit uses Generative Design to bring the scale, speed, and precision of algorithmic problem-solving to design decision-making.

As David Benjamin, founding architect of the research studio The Living, points out: “While an algorithm is still just an algorithm, only a human decides which problems to solve, which goals must be achieved, and which factors are most important in solving a problem. Computers can help organize and prioritize those decisions, but they cannot actually make them. Only people can decide what is important. Generative design gives architects, engineers, and builders new freedom to design and create a better world.”


This article contains affiliate links. An affiliate link means ArchDaily may earn referral fees through these links, without any extra cost to you. For more information please read our terms and conditions. 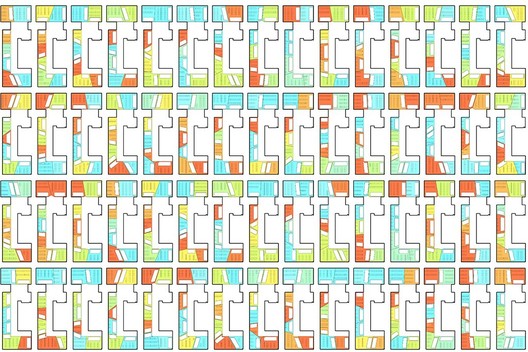