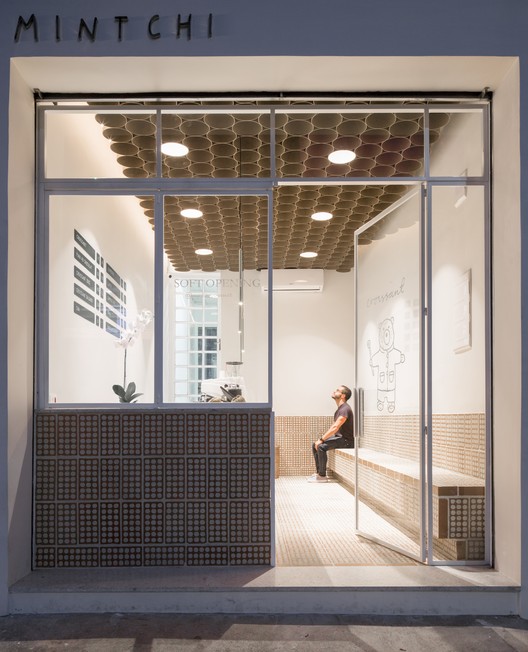 How does it feel to be inside of a croissant?
The lightness of the product became the starting point of the project: a croissant store.

The given site is a, 3 meters wide by 5 meters long, old garage in a one-story house.

The initial challenge was to solve circulation between the kitchen area, at the back of the house, and the store, which consists in a long countertop that embraces all coffee equipment. Between the store and the kitchen there is a 90-centimeter difference in the floor level. The store is at street level while de kitchen lies higher.

This difference became an opportunity to structure the project’s composition. The countertop is aligned with the door’s threshold, defining a layer respect by all the project’s elements and materials. Just like in a croissant, the project is organized in these layers. And just as seen in a perfect croissant section, the bricks that embrace this first layer are full of holes.

Surprisingly the construction process was quite similar as the work done in pastry. The construction workers themselves brought the idea: filling each brick hole with cement using an improvised icing nozzle.

To carry on with the intended lightness, the ceiling is covered by cardboard tubes. Some of them indirectly light up the salon.

Between the tube’s intersection, light as the water that flows through it, a brass pipe comes down from the ceiling to a sink destined to the client’s buttery hands.

At last, but not least, other brass details evoke the golden color of the croissant, while the bricks and cardboard evoke its warmth when freshly brought out of the oven.

The store opens itself to the street and the countertop is also used to display the products. A long bench stretches itself from one end to the other inviting those who desire to enter this atmosphere to stop for a few minutes and appreciate the delights of the chef and also architect, Luisa. 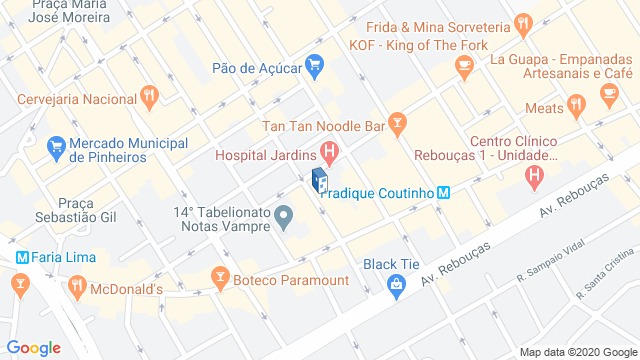