Harvard GSD is presenting during the month of April 2020, an online series of talks and webinars via Zoom, where attendees can interact and submit questions. Accessible for everyone who registers, the events are also streamed live to the GSD's YouTube page.

Including 7 virtual events, the series comprises of talks and webinars, where speakers will share their experiences on different topics like Daniel D’Oca on co-designing with community, Oana Stănescu on her design process, and French 2D the Boston-based architecture studio on a design practice that focuses on collectivity in times of physical separation.

Read on to discover the different happenings. You can also check the individual page of every event for more information.

Daniel D’Oca, “Who What Where”

D'Oca is an Associate Professor in Practice of Urban Planning at the Harvard Graduate School of Design and Principal and Co-Founder of Interboro Partners, a New York City-based architecture, urban design, and urban planning firm. For planners and designers, D’Oca observes, rarely is community engagement what it should be: an open-ended, inclusive, and meaningful dialogue that generates something unique and site-specific, and that gives community members an opportunity to significantly shape the built environment. In this talk, D’Oca will talk about some of Interboro's recent and not-so-recent adventures in co-design, which have resulted in neighborhood plans, zoning codes, open spaces, curricula, and other co-authored urban artifacts.

Stănescu is a Design Critic in Architecture at Harvard GSD and runs her eponymous design studio from New York. In this lecture, she will discuss the design process seen through the lens of a range of projects in progress. Stănescu’s projects include the collaborative +POOL, a floating, water-filtering swimming pool, as well as a wide range of collaborations with Nike, Virgil Abloh, The Office of PlayLab, 2×4, Arup, New Museum, the Storefront for Art and Architecture, Need Supply, Fool’s Gold, and many more. Stănescu’s work has been celebrated in publications such as The New York Times, Forbes, Madame Figaro, Architect magazine, New York magazine, Mark, Time magazine, and Cultured, to name a few. Prior to establishing her own studio, she was a co-founder of the New York-based practice Family.

Khalili is a Professor of International Politics at Queen Mary University of London, and the author of Heroes and Martyrs of Palestine (Cambridge, 2007) and Time in the Shadows: Confinement in Counterinsurgencies (Stanford, 2013). Her Sinews of War and Trade, on the politics of maritime infrastructures, is published by Verso. Focusing on the tanker terminals of the Arabian Peninsula since the 1930s and the subsequent burgeoning of tanker-ships plying the trade between the Peninsula and the rest of the world, Khalili will illuminate the radical changes in political economy, labor, law, and production the specificities of tanker trade has wrought.

French 2D is a Boston-based architecture studio founded by Anda and Jenny French; Jenny is an Assistant Professor in Practice of Architecture at Harvard GSD. French 2D's intimate knowledge of Boston, where the sisters were born and raised, allows the close practice to be both deeply engaged and work critically with local issues of housing, public space, history, and identity. French 2D works on housing and mixed-use projects with a focus on strange housing types that combine familiar ideas of home with radical organizations and typologies, found in their cohousing and micro-housing projects. The practice also works on civic installations and exhibitions that call upon the domestic to bring people together for familiar rituals in unfamiliar spaces, found in serial dinner-parties, fuzzy bartering environments, and out-scaled dresses.

Heinz Emigholz and Anselm Franke, “Goff in the Desert”

A live, online screening of Heinz Emigholz’s Goff in the Desert, sweeping, cinematic meditation on 62 buildings designed by the American architect Bruce Goff. Apprenticed at age 12 but never formally educated as an architect, Goff’s work followed its own trajectory, apart from most 20th-century architecture. Goff in the Desert is one installment of a series of films Emigholz has made under the title Architecture as Autobiography. The screening will be preceded by a conversation between Emigholz and curator Anselm Franke.

Moreno Mateos is an Assistant Professor of Landscape Architecture at Harvard GSD and a restoration ecologist interested in understanding the long-term recovery of ecosystems degraded by human development. He is interested in estimating how long it takes for ecosystems to recover their less resilient attributes, like the interactions among soil organisms and plants. Understanding this will allow for the discovery of tools to increase the currently limited performance of ecosystem restoration, and increase our ecological understanding of landscape architecture. To do so, he investigates how the structure of species interactions and the deriving functionality of recovering ecosystems re-assemble over the long term.

Joselit is a Professor of Art, Film, and Visual Studies in Harvard’s Department of Art, Film, and Visual Studies. Globalization has generated a new model of regional museums of modern and contemporary art whose purpose, Joselit argues, is to develop an alternative to the authority of the so-called Encyclopedic Museums of former imperial capitals in the West, such as London, Paris, and Vienna—a type that can no longer be reproduced. In this lecture, he will consider the National Gallery Singapore, The Zeitz Museum of Contemporary Art Africa, M+ Hong Kong, and the Louvre Abu Dhabi as exemplars of a new model in which the universality associated with European encyclopedic museums are replaced by claims of regional representation whose expansive territorial ambitions are grounded by archaeological situatedness in a local site or culture, often literally through the repurposing and reanimation of existing buildings. 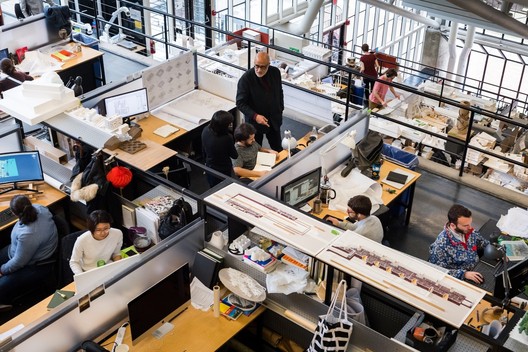