Save
Searching for a "Plural" Architect: An Interview with Lombardini22
Share
Or
Copy

Do architects today live on in the expressions of the buildings they design? If a “car to inhabit” tests the possibilities allowed by duplicity in architecture, a look at today’s design process of the architecture offices pushes us to consider the potential of creative thinking, and break away from the structure that defines it. It seems today that the attitude of moving away from uniqueness,  belongs not only to engineering and technical offices, but often also to young design offices with strong design sensibility.

The diffusion of office structure over the last several years, attempts to take a distance from the vision of a single Big Architect of the Universe can be appreciated in a “non-authorial” approach. This approach takes on the idea of anonymity which is already interpreted first in literature and in art, and then in a "no-logo" design. This new form of democracy in creativity seems not only to be a way of adapting to the shortage of resources, but first and foremost a useful tool to experiment with new hypotheses in architecture. Today, a great number of the buildings being fabricated on the planet are realized by big Companies: design structures organised in a way that puts architects, engineers, economists, designers and other professionals together. The world of “pure” architectural practice often tends to distance itself, from such situations. However, the approach of young firms without a single leader pushes us to inspect “plurality” as the land from which to trace fragments of the future. 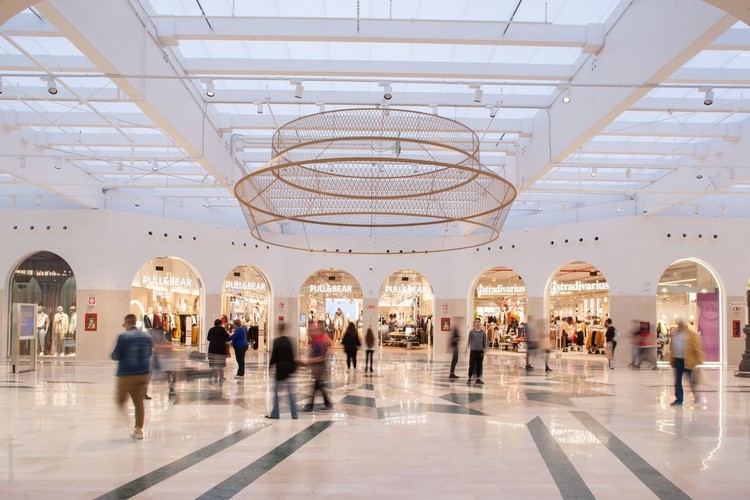 Lombardini22, is a Milan-based architectural firm that was ranked number one in 2018 by local business daily Il Sole 24 Ore. In this interview, we explore the relationship between the financial aspect of architecture versus the aesthetic, and how these two aspects of design work together. Guido Musante discusses this, and other ideas with Franco Guidi, one of the founders and CEO of the firm.

Guido Musante: By observing the changes that occurred in architecture in the last decade, specifically in its forms of expression and dynamics, it is natural to ask oneself whether there has been more innovation in the professional practice than in the objects of design themselves. Lombardini22 separates itself from the typical pyramid structure of traditional offices. Horizontally organised, it anticipates the method of operation and “non-authored” approach of some of the most interesting up-and-coming architecture and design firms.

Franco Guidi: I believe that innovation is built by the way one places themselves in the world. The first founding act of Lombardini22, in 2007, had been naming ourselves after a location, not an individual. This was a choice that reflected, first and foremost, the variety of personalities and skills, and which took into account a common professional past: a past that needs reevaluating, retaining, though, some defined elements of continuity.

GM: By moving between the concepts of “continuity” and “fragmentation”, recalling Bernardo Secchi’s metaphor on urban planning, Lombardini22 appears as a firm-city of sorts, different to the model of a firm built on a singular fragment: one language at the top that descends on the bottom.

FG: Since we started, we have never established a vertical system it is because we believe that a single individual most probably does not retain all of the necessary skills to complete a project as complex as in architecture, and that it's most likely easier to tackle something with a team of individuals with specific abilities and expertise. It's a type of “procedural machine”, which attempts to respond dynamically to the unpredictable richness of the world we live in.

GM: It seems that such an approach not only encourages, but “prevents” the 1:1 relationship between architect and client.

FG: The plurality stems from an economic and operational model, which values diversity, but also defines a different way of relating with the stakeholders: a “service” path in which the care for operative, rather than the belonging to given cultural or expressive movements, is central.

GM: The recent entrance of Aldo Cibic – strong personality of the contemporary design culture - into Lombardini22’s structure appears like a novelty compared to the vision of the principal international companies, but is also uncommon in the “authored” path.

FG: In some ways, they are opposites that attract. He felt he didn’t belong to a small elite firm anymore and desired to engage with the hands-on part of the profession, maintaining the independence of action and space for research. On one hand, the “machine” offers technical services that activate briskly and across the board: on the other, an energetic figure like him causes variation in the system of the platform. Aldo and I are the same age, but the conversation with the young specialists who work here unfolds just as if everyone were from the same generation.

GM: However, looking in from the outside a similar interaction is often hard to understand: some consider Cibic as Lombardini22’s new Artistic Director.

FG: Rather than being a conductor, Aldo is the first violin. An orchestra can see different conductors, and can also play without one: music is a more democratic world compared to architecture, where only one holds the baton, or in this case, the pencil. A model that is in opposition to the opportunity to freely express oneself, cultivating enthusiasm, to managing rationally the complexities of a project without feeling at a dead end, which results in more dead ends.

GM: Muji or Ikea come to mind: devices like “anonymous design” or “phantom creative” can also turn a passive audience into a curious active interpreter. Is this a framework that risks being so effective and democratically pervasive to the point of resulting dangerous?

FG: A middle ground exists. In fashion or advertising, for instance, “creatives” modify the style of a collection or an ad, and, nevertheless, maintain some elements of continuity with the brand or the agency. Fast models, that the world of architecture and design has hardly absorbed up to now, but building a similar narrative is not out of question. Injecting quality from the outside could be the trick that helps to avoid creativity becoming an automated mechanism or a subject to technicalities. This is one of the reasons why we look for contribution from other spheres of knowledge, such as neuroscience or perceptual psychology, which allow us to be active in an area which is not trivial, increasing the shared critical mass.

GM: A topic that is hard to tackle, speaking of plurality, are social networks, essentially calibrated on the single individual.

FG: We have always had a sideline approach to social media. Being a spin-off of another design firm, we started off having few projects to display, so we began thinking of different options. “Mesopotamia Milanese”, which discussed the “fertile land” between the two canals, where Lombardini is located, and which anticipated the concept of place-making which today everyone talks about, even on social media. However, maintaining a level of reciprocal respect with the other diverse organisms that the city represents is always necessary.

GM: After all, “Mesopotamia” was an implicit political act: setting aside “local marketing” it brings the word “Utopia” to mind, recalling the social dimension of the space and of society. In this sense too, the vision of a plural firm takes distance from that of a family-firm.

FG: Family is an entirely different thing; we are a group of professionals, which have embarked on the same journey. Having, among us, many young mothers and fathers is an index, in our eyes, of our health: the ecosystem reproducing itself signifies it is working, just like with dragonflies.

GM: … which we hope to see flying in the cities too. The only problem seems to be not having also our own Villa Savoye…

FG: The most beautiful dragonflies we have seen here feel that, together, they can act as an individual “old” architect, who is excellent at flying. Which may bless us all with a new Villa Savoye.