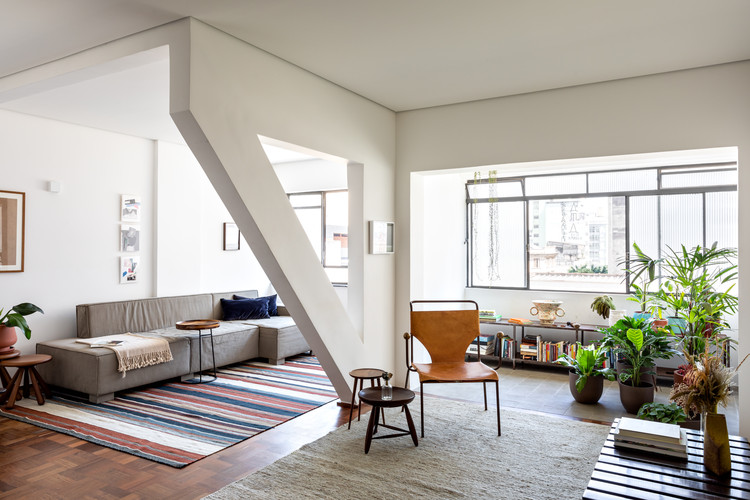 Text description provided by the architects. Hidden in a nice building of modernist architecture from the 50s, this apartment was found in the city center by the client after almost 1 year of intense searches. The apartment needed to be put down for technical reasons and the client's own need.

The strategy adopted by the office was to join the hydraulic core in a loose block in the middle of the apartment to allow free circulation around it. Some structural surprises modified the initial concept, but through the bathroom of the suite this fluidity is still very organic. In this hydraulic review, the old kitchen became a laundry – a new kitchen was added to the living room using woodwork and the old laundry became a private terrace that privileges the curious architectural elements of the facade.

The original terrace was integrated into the living room, that gained more space with the opening of the second bedroom.We tried to recover all the original finishes like the oak flooring and where it was not possible, we used the hydraulic tile in 3 different colors that sometimes appear on the floor, sometimes on the gable of the kitchen, bringing a more handmade and relaxed atmosphere to these spaces. The windows are the originals that were restored and the glass was replaced by the corrugated glass that is part of the original design of the building. 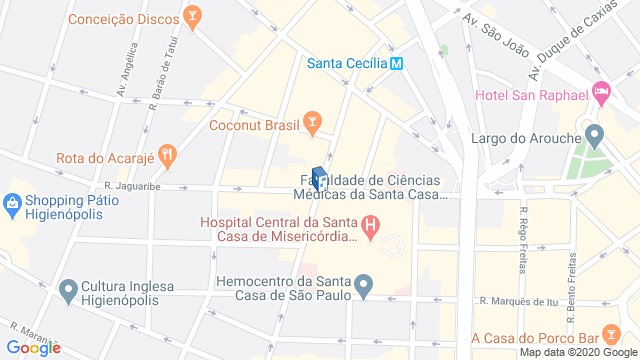