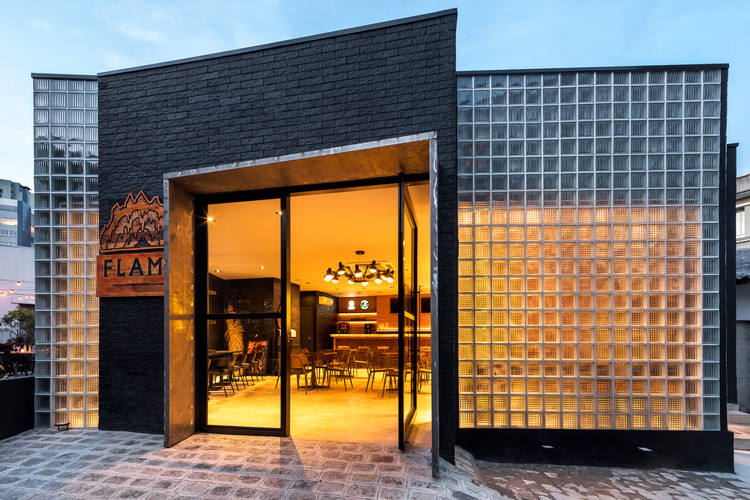 Text description provided by the architects. The architect Giuliano Marchiorato has accompanied the Flame bar since its birth, in the first project a result with a strong and cool identity was already obtained, bringing a more “dark” footprint and which refers to the main concept of the brand through dark tones, concrete and lighting indirect.

For this new project, the idea was to maintain the identity already established and consolidated previously, but bringing new elements, new ideas and new concepts. Internally, the shades and materials were kept - dark tones, brick and wood. The feeling that is expected to give to those who enter the environment is to be in an "underground" bar - with a "cool" and stripped down atmosphere.

On the other hand, the facade had a separate thought: it was necessary to innovate and feed the trendy proposal that this bar asked for without losing the essence applied to the internal project. Located in a noble and young area of ​​the city, the bar - which would be next door to so many other interesting bars and restaurants - needed to stand out in some way. An annex to the existing building was proposed to conform the access to the bar, its design leans towards the arrival of the public and the glass brick on the facade brings this differential and is intended to draw the public's attention through the use of this material so traditional in its essence, but applied in an unusual way in a cosmopolitan project.

At night, with the internal lights on, the facade becomes a large glass block radiating light, the effect is subtle and further strengthens the project's identity with the feeling that the whole building is “on fire”. 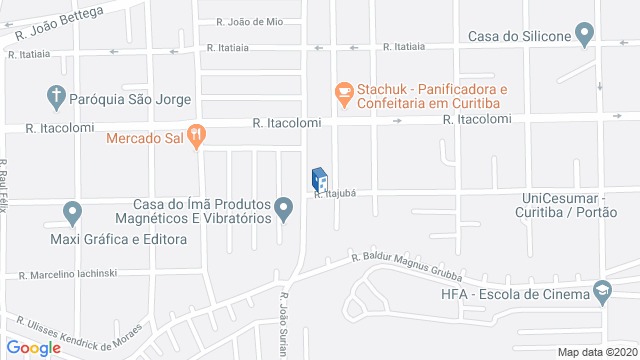