Text description provided by the architects. The concrete plane like a tectonic plate, folds the land and incorporates, by way of an embracing gesture, a recreation of fragments of nature, the landscape and vegetation which spirals in a single centripetal movement to absorb the visual and spatial flows of its surroundings.

The design combines versatility, ambivalence y permeability, to generate an interrelation of interior spaces and to project these towards the exterior. Instead of designing the building as an isolated object, it has been conceived as a vertebra for the surrounding spaces, that is to say, as a medium to define a new harmonious space and not as a simple occupation of a site.

The volumetric dynamism is accentuated by the marked grooves of the concrete, in the tapering lines of the exterior ramp and in the light well which diagonally crosses the entrance lobby to form a crack of light which allows a spatial communication between the interior and the terrace/ viewing platform.

The materials, textures and colors have been conceived as elements mimicking the natural, synthised in concrete, cut timber and new vegetation.

The lobby is conceived as a transitional space, capable of absorbing both the spaces and the programme surrounding it. The form of this transient space is controlled by the singular light well which penetrates the lobby and via the transparency of the glazed entrance doors which along with the glazed wall opposite, form a visual relation with the park beyond.

The decision to frame the project within the vocabulary of insitu cast concrete was due to its plasticity, where the form, structure and finish of a building melt into a whole, exploring the distinct possibilities of interpretation that material offers.

The constructive process of the finished pavement consists in laying a continuous concrete slab, which once set and polished was divided into strips in both directions cut into the pavement with an angle grinder. Aluminium expansion joints were set into these cuts to absorb the natural retractions of the material. The pavement was then finished with a transparent Epoxy resin, which as well as providing a hardwearing surface suitable to its use as a youth centre, also provides a shiny and plastic film which acts as a continuous reflective plane and gives the floor a certain immateriality.

The materials for the exterior pavings and finishes were chosen for their similarity to the ascetic vocabulary of concrete. Materials such as "Molinera" stone, a volcanic and porous material, which allows vegetation to grow in its joints, and basaltic stone (used in retaining walls), combined with hard wood timber for the boardwalks on the terraces. 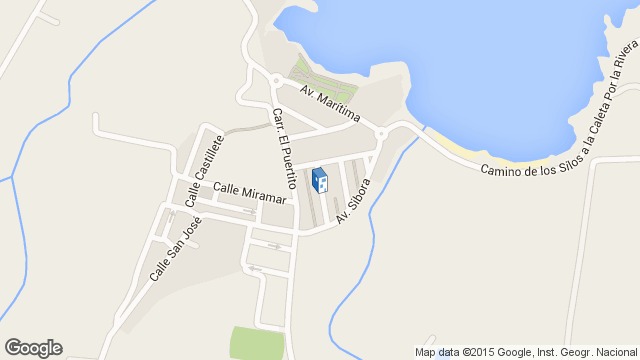