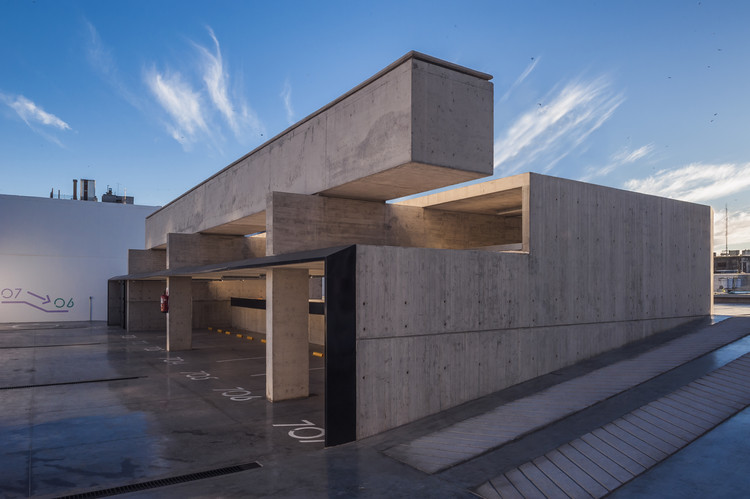 Text description provided by the architects. The preexisting condition. The patrimony building, located in the north-west intersection of Santa Fe’s and Italy street of Rosario`s city, was built at the beginning of the twenty`s century. It consisted of a formally uniform ensemble of nine houses situated at ground and top floors, compounding one of that popularly known as houses for rent, they were rented for several uses until the first decade of this century, when they became crowded guesthouses, for people who rented the rooms because of its special urban position.

The regulatory framework. This building is part of the Central Area -Ordinance N° 8243/08-. Catalogued with Degree of Affectation and Deed Restrictions 2b. That implies the total preservation of the envelopes and the comprehensive approval and supervision of the Rosario’s municipal Program on Preservation and Restoration of Heritage.

The program of uses. Regarding the purpose of the building, the purchasers defined the condition. The request was to design a building with commercial offices, beside a parking lot.

The project. It must be a “simple” building; constructed with two or three materials –concrete, iron, glass-; reducing interior architectural resources –sunlight, connectivity between uses, fluidity of movement, spaces that allow different uses coexisting a new building in the shell of an old one -; and a careful and handmade restoration work on the outside of the building.

The bearing structure was the central part, invested with persistence by repetition, shaping the project and mode of use the parking space. Allowing through variations of heights of the semi-floors to approach and move away from the facades, managing to intervene only in the extent allowed by the regulations but managing to establish the maximum capacity of boxes. Creating versatile spaces, in double and triple heights and changing on each floor of the building for the accommodation of vehicles or any imaginable use.

The construction. The new building was executed, in two years, on a 941.50 m2 plot. In what refers to the uses, four commercial offices were built on ground floor, with different dimensions and offers, and common utilities areas for three of them. The remaining counts with its own utilities and a service elevator, which would allow providing goods directly from the first level of garages. As well, the area of public entrance to the parking lot and a private one for commercial offices was developed on the ground floor.

The building consist of eight middle levels for parking equipped with a vertical nucleus of stairs and elevator. It has a total of seventy eight car boxes and twelve for motorcycles. On the last floors of the building, a leisure space with green terrace was executed, which provides sanitary, office and space for barbecue. All the constructed m2 are equal to 3525.30. From total, 763.07 m2 were destined to commercial offices and 2762.23 m2 temporary or permanent parking lot.

The construction was organized through three clearly defined stages: 1. Emptying of the constructed and structural support of the facades. 2. Materialization of the architectonical shape from the components of the structure: raising of the metallic structure from the base to the sixth level; execution of an exposed concrete structure achieving thin slabs of 0.20 meters of thickness. These technical options allowed the optimization of the maximum height allowed. 3. Completion of the private spaces trough the closure of indoor áreas. 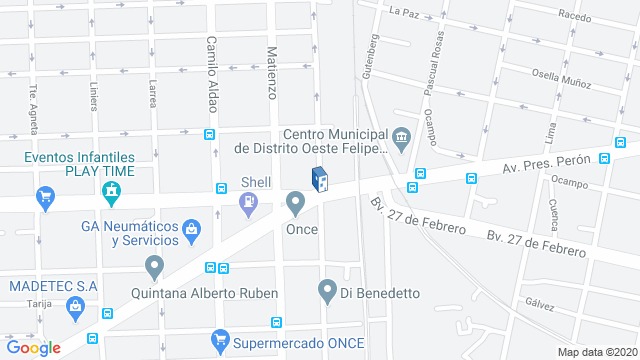 Location to be used only as a reference. It could indicate city/country but not exact address.
Share
Or
Copy
About this office
Taller de Arquitectura La Fundación
Office
•••