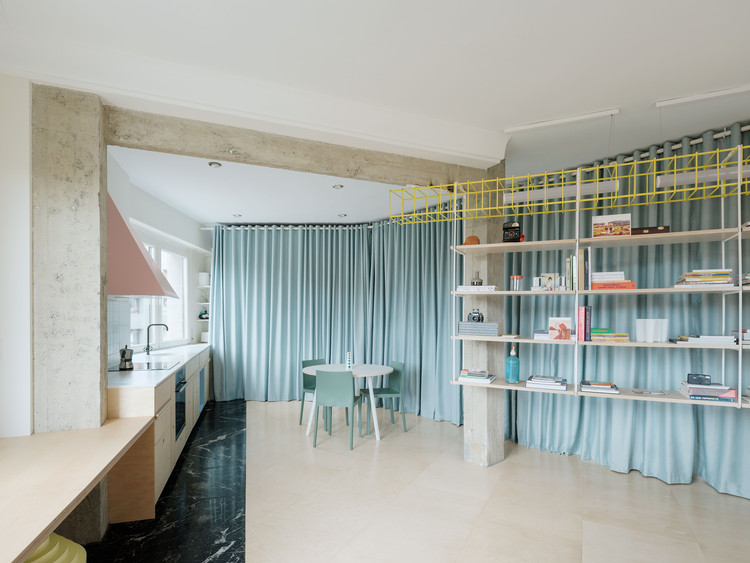 Text description provided by the architects. The original dwelling, located on one of the edges where the Bilbao urban regular grid begins to blur, is located in an elegant rationalist building designed by Hilario Imaz in the 60s. It presents a particular semi-circular floor plant opened to the outside plaza with generous windows that turn from North to South. What we propose here is an unprejudiced approach to the domestic issue where space moves away from that classic idea of succession of specialized and segregated spaces breaking the obsolete standards of serving-served, day-night and common-private. We seek to reach instead a generous and continuous space, without hierarchy or distribution, connoted with decontextualized techniques and objects, where the main thread is humour. A concept always ready for unpredictable appropriations of the space capable of satisfying the idea of domesticity of its inhabitants.

To reach this purpose the construction is limited to the maximum, reducing the architecture to a measured and careful arrangement of objects that, due to their chromatic qualification, their distance from their original attributes or their deregulated character, act as activators of the space around them, allowing a style of open and liberating life. Accordingly, understanding that the essence of the proposal lies in that object appropriation seeking to stay away from functionalist determinations to achieve a generous and indeterminate space, it is proposed: Recycling and DIY as construction techniques through two floors: one recycled Marquina marble (that once occupied the kitchen and it is recovered and used as a carpet that accompanies and emphasizes the directionality of the plant) and another new from Birch plywood boards and technical tiles tied to the fresh and low cost bricoleur materiality, The introduction of the steel reinforcing frame as a central object of the house, placed winding between the existing pillars, yellow lacquered. It is re-aestheticized as the carrier of the objects of the house: library, storage of memories, night lamp and toy. It is everything and it is nothing.

The curtain as a continuous element, minimizing the inside-outside that separates closets, pantry and bathrooms introducing theatrical and playful connotations and inviting the inhabitant to perform with it, to change the space and to play with the mysteries, contradictions and paradoxes that privacy offers us beyond morality. The use of colour as the screenplay for the domestic attributes: a yellow table support leg, a small celestial niche that collects the toys of the youngest inhabitant, a pink nose that hides the kitchen air extraction, two green tubes that rescue an old countertop of marble and two blue doors that ripped from their supporting partition show themselves as foreign objects. 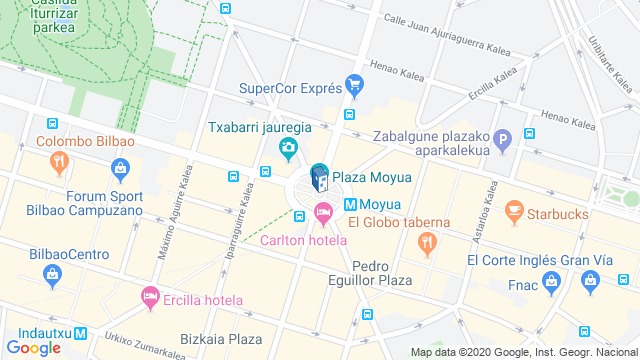