The Chinese megacity of Shenzhen bares all the hallmarks of a surging modern metropolis. Busy (and loud) five-lane motorways weave through islands of glittering glass skyscrapers, rising from podiums filled with designer shops, fronting vast squares and plazas, activated by screen-savvy young professionals fueling the city’s booming tech economy. Such a scene is truly remarkable considering that before 1980, Shenzhen was nothing more than a provincial fishing town of 60,000 people. Today, that figure has risen to 13 million.

This poses the question of how the urban environment accommodated such a rapid population explosion in such a short time. The answer lies in the city’s “Urban Villages,” remarkable manifestations of Shenzhen’s past and present, though likely not of its future. 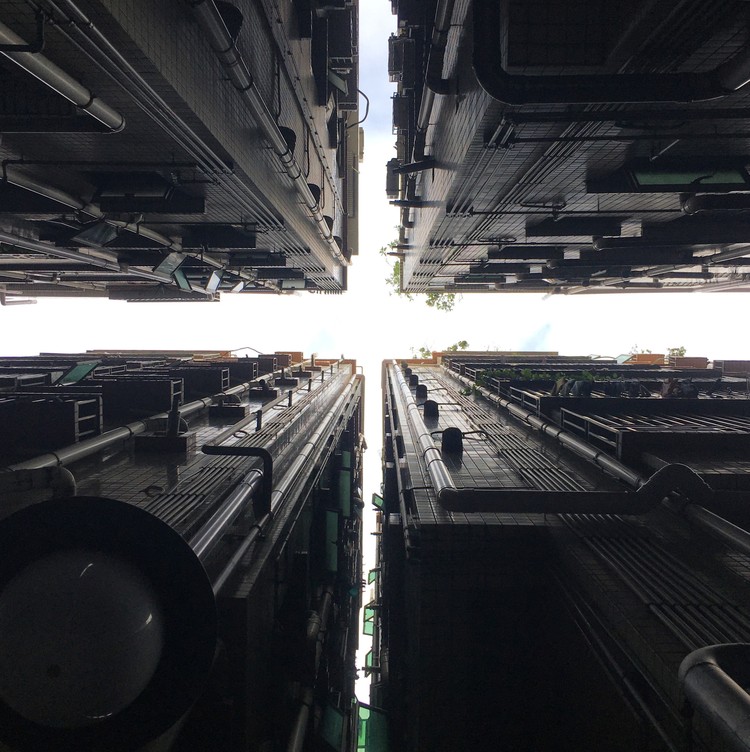 In the Shenzhen of today, Urban Villages are somewhat of an anomaly. Seen from above, they contradict the urban grain of the city, with tight clusters of colorful roofs packed into city blocks, each concrete tower taking up a fraction of the footprint of the gleaming glass towers and malls surrounding them. From the ground, the experience is just as surreal. The Urban Villages take on the aura of Walled Cities; labyrinths of crowded seven-story concrete towers, adorned with exterior tiled cladding, servicing pipes, telephone wires, barred windows, and air conditioning units.

While the surrounding city is defined by wide streets and vast public spaces, the Urban Villages offer the polar contrast: narrow slivers and alleys cutting through the dense residential blocks, activated by street-level workshops, fish restaurants, and fruit grocers. The gasps of natural light bouncing down the cluttered facades are hampered further by a mixture of signs, canopies, and wiring. Meanwhile, hanging walkways reach across the gaps above the streets, linking residential blocks on the upper levels, and transforming the urban experience into a three-dimensional maze rivaling the creations of MC Escher.

It is therefore no surprise that locals refer to these blocks as “handshake buildings,” derived from the ability of residents to reach across the street from their apartment window and shake hands with their neighbor. Inside, the apartments themselves are small, either studio or one-bedroom units, with four or five units per level of each building. The ground floors are often mixed-use, with amenities such as post offices, mobile phone agents, and schools serving the thousands of residents above. As the home to almost half of the city’s population, the Urban Villages could be described as the jam-packed beating heart under Shenzhen’s gleaming bonnet.

The origins of the Urban Villages embody the explosive urban growth in Shenzhen over the last 40 years. In 1980, the region was designated a Special Economic Zone, a decision taken by the Beijing government to experiment with the effects of market capitalism in China. The government began buying vast areas of farmland in the region from local villagers, who were left without the land to continue their agricultural industries, but still in possession of their village plots. As state-subsidized tech and manufacturing industries boomed around them, and millions of citizens flocked to Shenzhen in search of employment, the landowners began to maximize their former village plots as rented apartments. The result was what we see today: islands of tightly-packed towers clustered among the commercial landscape, built rapidly with few planning regulations or considerations, with subdivided interior units forming the backbone of Shenzhen’s affordable housing market.

Shenzhen was able to grow so explosively because of its population growth that was in parallel with how the industries and production and manufacturing developed, but the majority of these migrants who arrived in the city mostly lived in rental housing built by the villagers […] It’s not an understatement to say in providing cheap affordable housing to the general labor force, the urban villages are the major if not the biggest factor in facilitating this rapid urbanization growth in Shenzhen.
-Juan Du, Associate Dean of Architecture at Hong Kong University, speaking to the Financial Times

Even with Shenzhen firmly established as “China’s Silicon Valley,” the Urban Villages continue to play a vital role in the economy. Approximately 7 million people live in these areas, from students and shopkeepers to engineers and programmers for the city’s global tech companies. As many Urban Villages are located in central areas of the city, they also represent a sanctuary for low-income residents who would otherwise disappear from urban centers. Beyond their important housing role, the Urban Villages also serve as repositories of local collective memory, a rare anomaly in a city whose urban fabric evolves on a weekly basis.

Despite their vital role in Shenzhen’s daily life, the Urban Villages sit a precarious crossroads. In the last twenty years, half of these districts have been demolished in the name of urban renewal. While city officials see the demolition as a way of clamping down on criminal activities and improving the visual identity of the city, developers are drawn by the lucrative land on which these villages sit, and the prospect for more profitable ventures from skyscrapers to shopping malls. The case for demolition is made easier still by the informal manner in which the Urban Villages grew, with many tenants having no paperwork or agreements to use as a protest against eviction, and a complicated web of homeownership in the residential units above.

The history of the Urban Villages, and the onslaught of their demolition, formed the central theme to the 2017 Bi-City Biennale of Urbanism/Architecture (UABB), located in the Nantou Old Town, one of the city’s surviving Urban Villages. The Biennale, titled “Cities, Grow in Difference,” focused on the growing divide between urban versus rural, rich versus poor, formal development versus informal settlement, with the goal of exploring how cities could foster integration and co-existence. Here, the designers and exhibitors chose regeneration over demolition, engaging with villagers to create a bottom-up approach to urban planning, enacting subtle and strategic alterations to the streets and buildings. This included street furniture, affordable building techniques, and the revitalization of a former factory in the heart of the village for the showcasing of regeneration techniques.

If the UABB demonstrated the interdependency between urbanism and residents, then the larger narrative of the Urban Villages, their history, and their purpose, speak to the interdependence between these informal, clustered, ordinary structures and the modern skyscrapers surrounding them. While these urban conditions appear at polar opposites, the added layering of economy, culture, and politics binds the origins, development, and operation of contemporary Shenzhen with its historic Urban Villages. Although one could make countless arguments for the protection and adaption of these highly-utilized, uniquely vernacular typologies, the allure of their valuable locations in the city will nonetheless likely continue to be the driving force for their evacuation and demolition.

Ironically, these concrete clusters may be a victim of their own success, subsumed by a profit-driven surge of modern development that, without the Urban Villages, would likely never have begun. 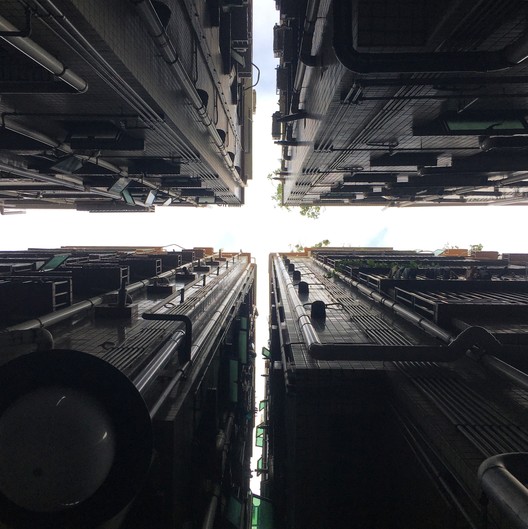