China’s leading smartphone manufacturer has seen a rapid success ever since it has launched its first phone back in 2008. With over 40,000 employees in more than 40 countries, OPPO’s new headquarters will accommodate its growth, and will follow the company’s “commitment to connectivity through design”.

Large atrium spaces unite all occupants through visual connectivity, helping to foster collaboration between different departments of the company. The abundance of natural light, varied working environments, and diversity of routes for staff and visitors to move through the building are all conducive to creative engagement and spontaneity. -- Zaha Hadid Architects

Planned to be completed in early 2025, the winning proposal creates a new civic space for the city, including publicly accessible amenities like a landscaped plaza, art gallery, shops, restaurants and a direct link to the adjacent station of Shenzhen’s subway network. Moreover, the rooftop is also reachable by the public, offering panoramic views of the city. 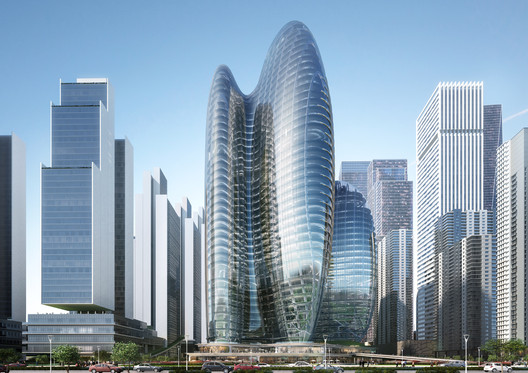