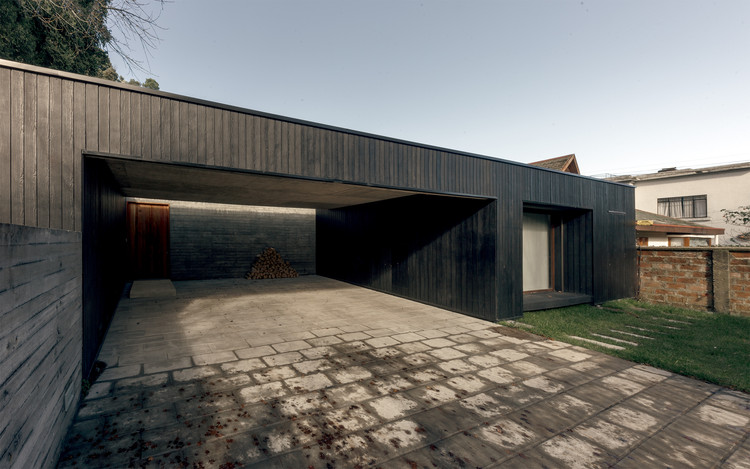 Text description provided by the architects. This house is conceived from the commission of a couple with two children, in a 596.8 m2 site located in a consolidated residential sector in Pedro de Valdivia, Concepción. The family considered the demolition of the existing house and the preservation of the vegetation, particularly a 7m high palm tree, located at the centre, that went on to determine the project of the house in the site. This was developed particularly from two volumes of one and two levels, set back from the street that configured a more hermetic façade towards the public space, providing privacy, and simultaneously a greater openness towards the interior and familiar activities.

As a general strategy the proposal can be expressed through its simplicity in two main aspects. The first is the interior patio, contained, in which the palm tree of the site is found, providing vitality and converting the space into the heart of the house thanks to its singularity. It is here that it is possible to appreciate and visually control all the activities developed in the house and its different uses: living room, dining room, kitchen and services on the one hand, and family room and bed rooms on the other. The following aspect is constituted by the implantation of the house on the site, that is, its distribution in two large areas or volumes: one of them public, where accesses, services and dining room are found; another more intimate and contained, towards the interior of the site, where the family room and the terrace are found on the first storey and three bed rooms and services on the second. Both sectors are linked by an enclosed corridor which is panoramic, 13m long and that evidences the family activities, both interior and exterior.

In spite of the enclosure of the entrance volume towards the street, and therefore to the North orientation, there is a sky light above that correctly lights the communal and permanent areas. In a similar way, proposing the second block on two levels the bed rooms of the higher storey have good views and are well lit. The building is thought out from simple structural criteria such as reinforced concrete in the first storey and a light steel structure on the second, with sober stone materials and textures that are well incorporated into its residential context of 1 and 2 storey houses and conventional housing typologies. 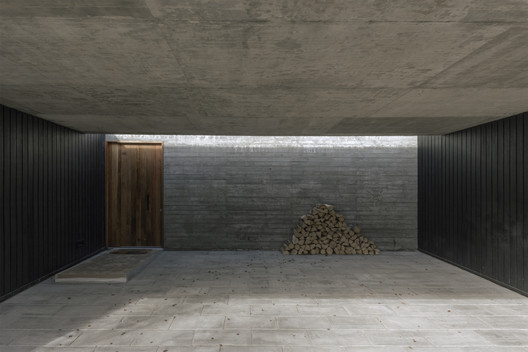