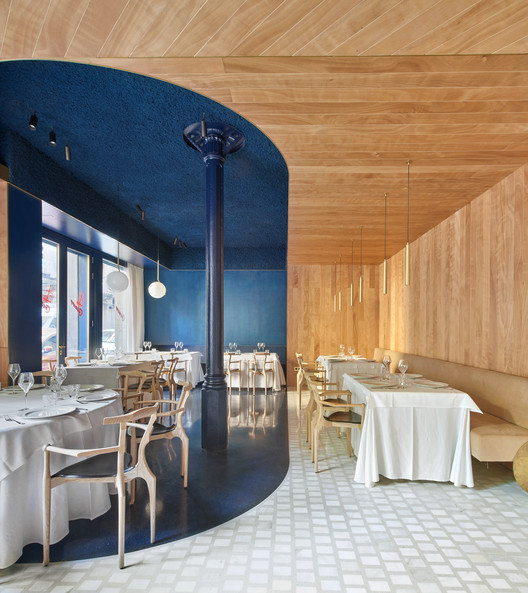 Text description provided by the architects. Looking beyond the touristic craze, there is a local life present in the Barceloneta neighbourhood. The air smells like the sea, and early in the morning fishermen stock some of the restaurants that still speak to the memory of the local community. These places have become symbols in the city, offering an authentic experience of the Mediterranean gastronomic culture and cuisine. When asked to redesign these kind of mythical spaces, how should we intervene as designers? How do we create a sense of timelessness, in between tradition and contemporaneity? Designing a timeless space means looking for simplicity.

The Cheriff restaurant comes from a long tradition of local family businesses. It has turned into a culinary classic, known for its history and quality, with fresh fish coming in directly from the neighbouring docks. Cheriff is part of Barceloneta’s memory. A classic in the neighbourhood, it needed an atemporal design that preserved the authenticity time bestowed onto the restaurant. As part of a strategy seeking timelessness, the distribution into compact areas (typical of the fish shop), was kept in tact in order to speak to the local community. As designer Massimo Vignelli described it, timelessness is created when things are easily understood. He spoke of “intellectual elegance”, as simplicity is by no means “simple”, but rather the result of a long process of experimentation, revaluation and refining. Artisanry as a tool for authenticity: the unknown artisan. Including artisanry into design means making it human. Artisanry adds subtlety, strength, and value. It’s closely connected to identity and authenticity, as its origins are traceable to collective creativity. Like the Japanese said, there is no ego in artisanry. “The arts of the people” evokes notions of uniqueness, honesty and attention to detail. Being authentic is about being sincere and responsible. Craftsmanship draws on knowledge, skill and history, hence its connection to quality.

Artisanry is present in the reinvention of Cheriff’s terrazo, a technique to flooring passed through generations of forming artisan maestros. It’s a composite material consisting of chips of marble, quartz, granite and glass, and is poured in place with a cementitious binder, polymeric, or a combination of both, allowing for multiple colors, complex designs, and whimsical patterns to be constructed. Combined with the soft textile elements in white (curtains and tablecloths), an intimate atmosphere comes into being. Recycling original materials and the introduction of naval blue. The new Cheriff is an interpretation of the original restaurant. The initial wood and brass materials are recycled into reddish wooden panels and carpentry, and call out the maritime universe. The design introduces thereon an additional dark blue, ephemeral and changing like the sea, in various materials and textures, while serving as a unifying element. Formally, the curves and preserved arches, would divide the different areas in the restaurant. An ode to the life of the local fishermen from the past, and those still bringing in the fish today. 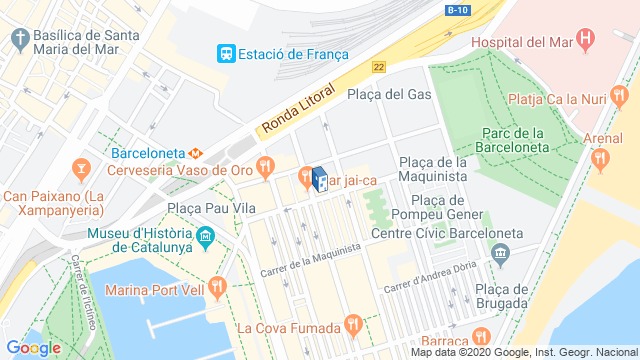 Location to be used only as a reference. It could indicate city/country but not exact address.
Share
Or
Copy
About this office
Mesura
Office
•••