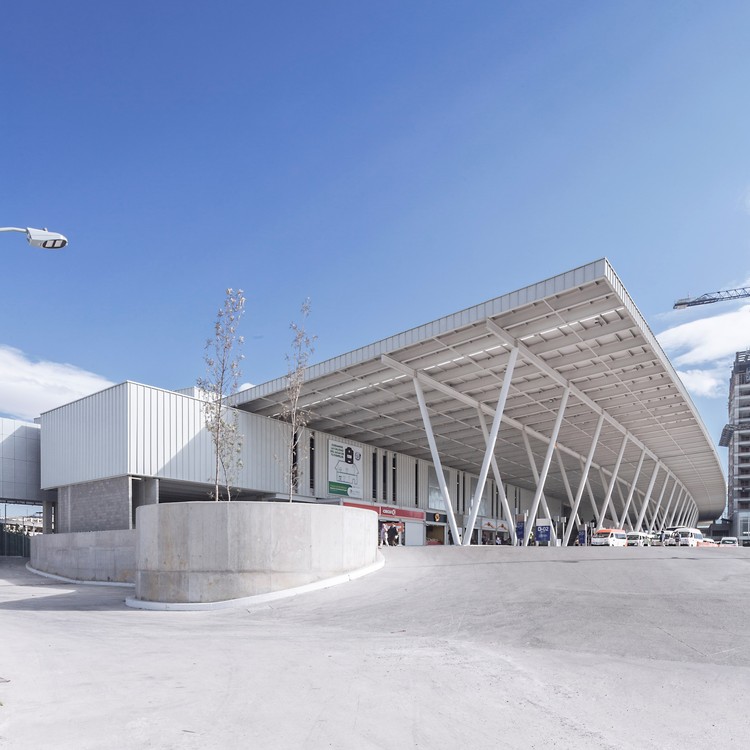 Text description provided by the architects. The Cuatro Caminos TOD is located in northern Mexico City suburbs, and built over the final station on Line 2 of the city’s Metro (subway) system.

A set of buildings is planned for this 90,000-square-meter property to help improve the flow of public transport in the existing location. This aim is to improve people’s transit and the surrounding urban area, and to give users more security and a better organized space. The project consists of a bus station on the ground floor which connects with the Cuatro Caminos metro station, located in the middle of the CETRAM. From here, two wings branch out to the north and south stations. The platforms and the bus maneuvering area is found on this level, and stores are arranged along the pedestrian routes.

An 18-storey building will be built in the southern wing, with business premises on the ground and first floors, and office space on the remaining levels, offering a total built area of 32,000 m2.  An internal circuit within the CETRAM improves the efficiency of the bus transport operations, providing just two access points on the main thoroughfares.

The passenger flow is distributed along two bays to board and alight from the buses, and is connected to the exit routes from the platforms of the existing metro platforms. Users can walk into the center across two entrance plazas, one facing onto Av. Ingenieros Militares and the other onto Av. Transmisiones Militares.

The entrance plazas and platforms distribute the users on the first level, ensuring a continuous flow to the stores while also staggering the routes toward the platforms.  The third level completes the development with a food court and movie theaters.  The design includes three underground parking lots to meet the regulations that specify the required number of parking spaces.

The façades are clad in patterned die-cut aluminum sheets, and the construction system lightens the building and speeds up the building process since most of the component parts are prefabricated in offsite workshops. 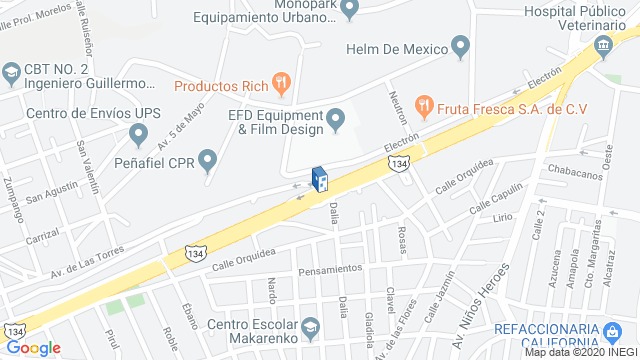 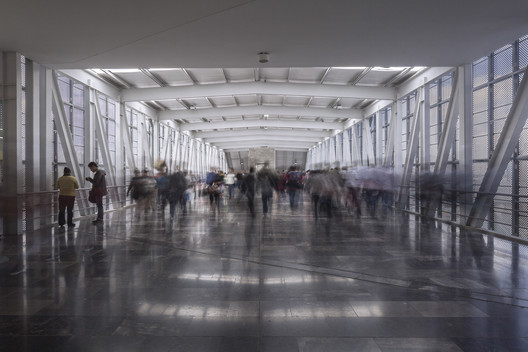 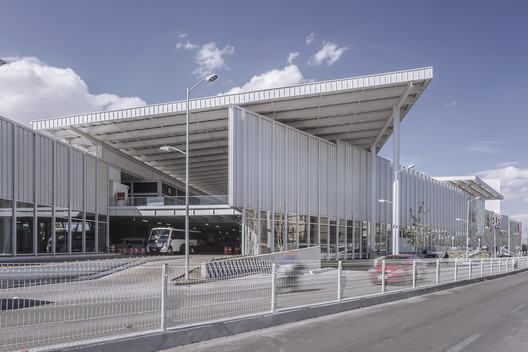 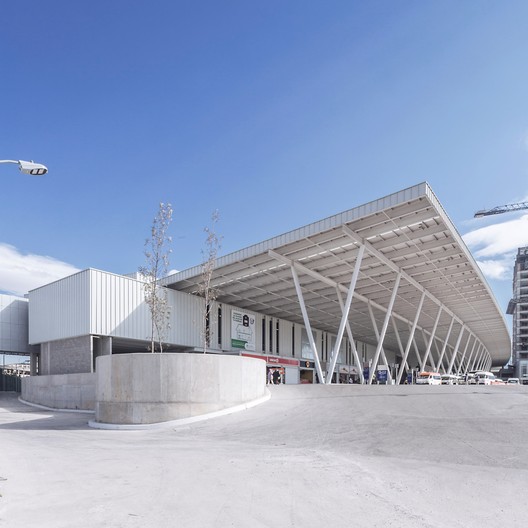