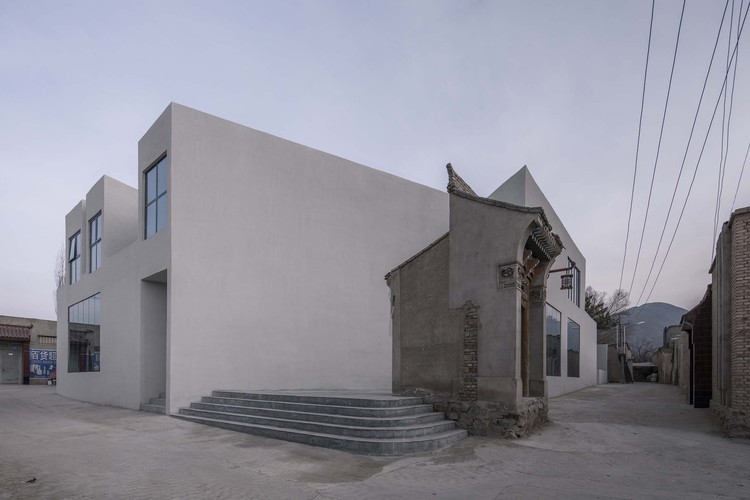 Place and Site
Dongxiang Culture Center is built in Maxiang village, Dongxiang autonomous county, Gansu province, China. On three sides (except for the south side) is the village surrounded by Tao River , a tributary of Yellow River. It is located on the Loess Plateau with an altitude of about 1,700 meters. The village is not only the settlement of Dongxiang people who are Muslims but also a village of the Han people. Due to its close proximity to the Tibetan area, there are also many Tibetan Buddhism temples in the region. Being a small village but full of rich and diverse history and culture, Maxiang is a extremely rare place in countryside with Muslim mosques, a Taoist temple and a Tibetan Buddhism temple. Therefore, how to involve the newly-built culture center in this multi-cultural complexity of space and time is the focus for the architect.

In a context of the human history stacked like thick sedimentary rocks, Dongxiang Culture Center was gently placed into it not with a historic vocabulary but in a modern way. The culture center is supposed to be a reader of local culture rather than a narrator. In fact, no building can tell such numerous stories and it becomes a listening building.

After crossing the Loess Plateau all the way and turning over several mountains, Maxiang Village surrounded by the Tao River suddenly comes into your view, appearing like a paradise. Entrusted by China Foundation for Poverty Alleviation in 2018, Prof. Dr. Che Fei investigated the village and finally suggested to choose the current location as the site of the culture center. It has been decided not to put the culture center in the open space outside the village but to embed it in the fabric of the village. The chosen site was the former site of Jixiang Temple before its relocation. The existing site has become a vacant lot except for the gate left from the former temple. Not far away flowing Tao river in the east, closely in the north standing the newly built Jixiang Temple and the farm houses of one part of the village distributing in the southwest surrounded by far mountains, the project site encompasses an unique natural environment of big mountains, river valleys, Loess Plateau and riveside.

Space and morphology
The architecture typology of farm houses in Maxiang village is mostly flat roofed 1- or 2-story building with a courtyard in the center fenced by tall and thick walls which makes its spatial form introverted. Even public spaces such as mosques or temples are also inward spaces surrounded by walls. the culture center being built in the center of the village is creating an open and communicative space shared by tourists, artists and local villagers. As an extroverted public building, the concept of the culture center is to reverse the introversion of the local traditional courtyard into an extroversion not only to present the historic memory of the village fabric but also to create the extroversion of the spatial morphology.

The architecture concept of the culture center originates from reversing the outside and the inside of the Dongxiang farm-house courtyard. The original courtyard is transformed into functional spaces such as exhibition halls while the enclosed buildings are transformed into public spaces such as corridors, that makes an active and open public building in the center of Maxiang Village. It will profoundly change the spatial morphology of the entire village, becoming a core connecting the rural roads which will gradually transform into streets as a result. It is believed that hotels and other service industries will appear in the surrounding in the near future which will hopefully change the existing only-agriculture-dominated economic situation. 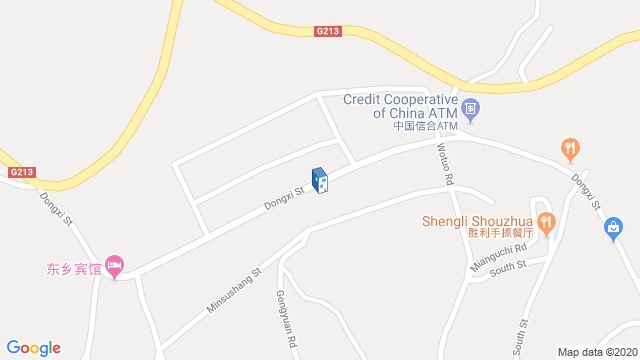 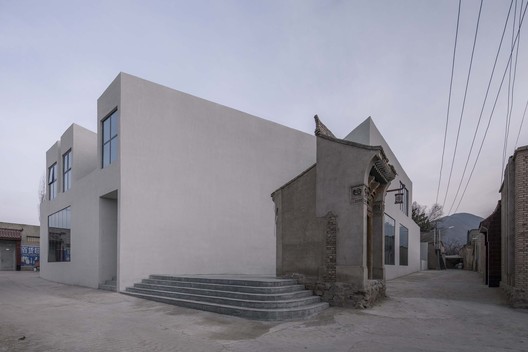