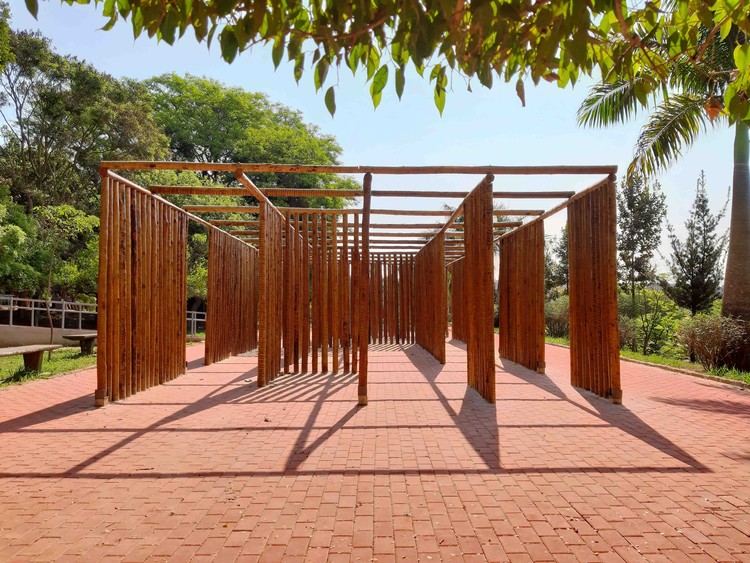 Text description provided by the architects. The scope of the readjustment project considered a valuable historic load accumulated since early times of Itaquera’s region, in order to adapt the public space to our time’s new needs attending the future. The formulation of the preliminary architecture study proposal attempt to subtle intervention solutions that respect and articulate the elements of the past with new proposed needs, such as floors, stairs, ramps and other adaptations that were designed to maintain pre-existing interventions, valuing the historical heritage of this area, thus revealing the old and including the new.

The main singularity of this new reform is the concept of universal design and accessibility, which were nonexistent in previous interventions and attend to not only the current public but also future generations that will use the urban public spaces. Besides, the project also forecasts that universal design should dialogue with memory and environment preservation and qualify the space for the community. We applied the concept of universal design so that public space can be used by the largest number of people, regardless of age, ability, structure, physical, sensory or cognitive conditions, providing greater security and autonomy in urban public spaces.

In this sense, an accessible route was developed, next to the existing main avenue, which had been executed in parallelepiped in 1995/1996. This accessible route, designed in concrete, is the guiding structure of the project, it is through this route that all equipment interconnect, as well as leads the person to explore new spaces created from it. Thus, the new project promotes inclusion and still remains in harmony with the previous intervention. It is possible to see the two interventions side by side, each with its specificities due to the period in which they were performed, revealing the transformations of space over time and the needs of each era.

Through inclined planes, ramps, and stairs of the accessible route you can have access to all equipment and buildings of the park, as well as to new spaces such as the concrete square, accessible playground, and labyrinth. The interventions in the Culture’s House were executed in order to ensure maximum accessibility, but still preserving the architectonic heritage. The new elements did not damage the volume of the pre-existing building, in a way that the new interventions can be distinguished from historic heritage.

In addition, we studied new furniture made of exposed concrete for the park. The furniture creates living spaces that dialogues with the accessible route and new floors in park areas that previously had low use and low permanence of people. It is important to highlight a new vision for the dynamics and needs of the present generation, projecting new perspectives for the future, in order to reap the benefits of physical space transformations. However, it is necessary to transmit the choices made in the past to the new generations, making landscape construction contributes in a pedagogical way to a project of citizenship and social responsibility with the environment and the public spaces. 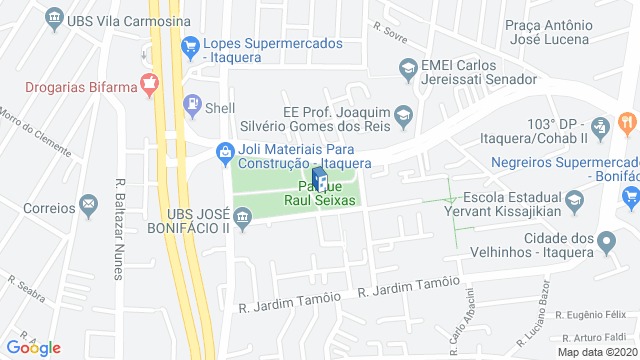 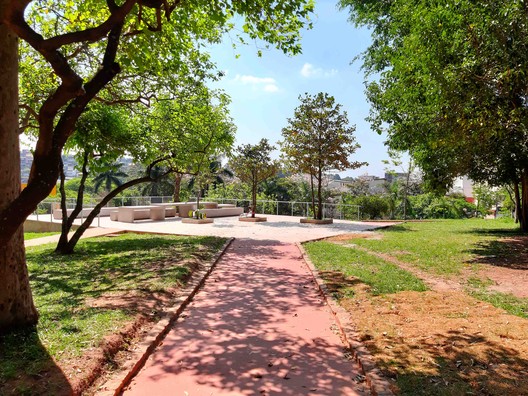