Save
BS House / Just An Architect 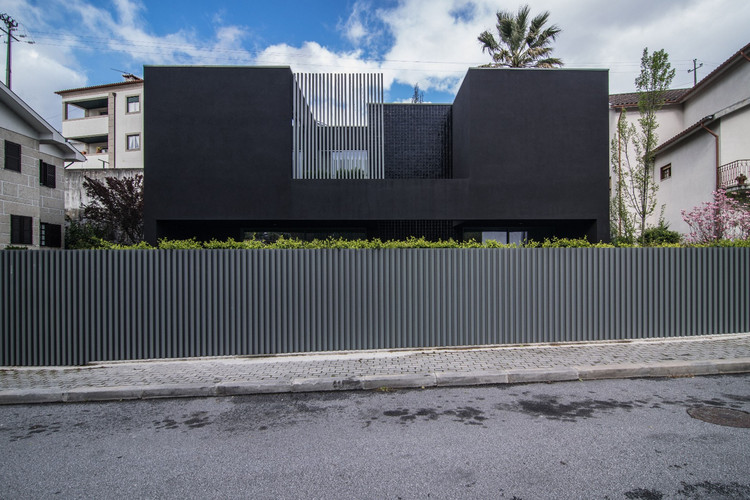 Text description provided by the architects. The morphological characteristics of the plot as well as its relation with the public way were defining elements of the morphology of the proposal, assuming a modern language both by the adopted morphology and the proposed materials.

The house is morphologically characterized by the regular primitive form from which other forms were extracted that created defining elements of the interior and its relations with the surroundings. Higher visual weight was given to the upper floor by closing it over the spaces created by subtracting the original form and thus safeguarding the private area from its largest exposure to the public road and neighboring lots. On the contrary, the ground floor, which is better protected than the walls and vegetation, opens more openly to the exterior allowing the interior spaces to extend, sometimes in the pool, sometimes in the garden as appropriate.

The entrance of the dwelling is marked by an indentation in the façade plane, thus creating an area protected not only by the lateral planes of the ground floor, but also by the upper floor. This space is punctuated by the presence of the pool that fills this indentation, seeking the alignment of the upper floor, acting as a defining element of outdoor circulation and access to housing.

The development of the project follows the current parameters of a two storey dwelling, with the social area situated on the ground floor and the private area occupying the upper floor, but also part of the ground floor. Vertical communication assumes a pivotal role in defining the social and private space of the ground floor, defining an axis that is also reflected in the façade and allowing both the living room as a bedroom / office to relate to the pool as well as an internal garden that It also interconnects with the upper floor.

In the social area we can find, besides the living room and the kitchen, the access to the laundry and technical areas in the lower basement floor and also the sanitary service that serves at the same time the room on the ground floor. The kitchen is characterized by controlled space, but which allows access to the common room, both spaces are closely linked, as well as the outside. The design of these spaces allowed the entire length of the façades that delimit them to be freed, thus creating a space that develops in constant relation with the surrounding green space and also creating a visual axis that crosses the dwelling and allows to relate the pool with the outer space. located to the northwest.

On the upper floor where is the most private area of housing, the villa has two bedrooms, each with private toilet. The master bedroom also has a cloakroom area and a protected outdoor area.

In the outer space, there is a parking place for two cars, located near the housing access zone. 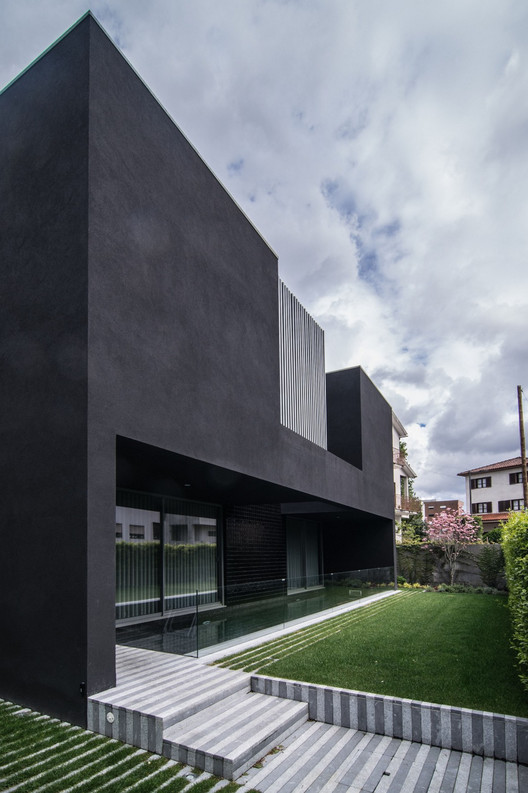