The HOME competition 2019, organized by architectural initiative arch out loud, has released its winning projects. The annual challenge that pushed the limits of adaptability and innovation, asked designers “What is the future of HOME?” 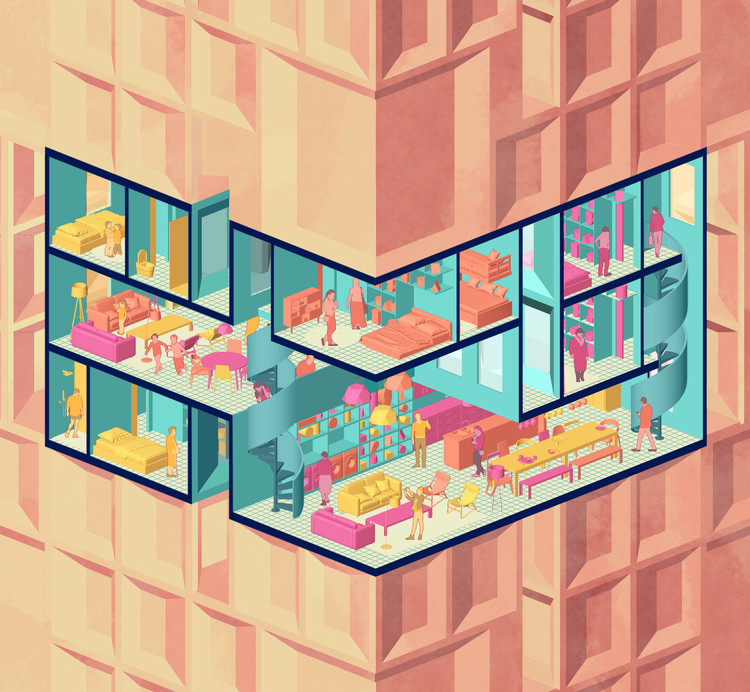 Gathering proposals from all over the world, the challenge was approached from three different perspectives: innovation, adaptability, and pragmatism. The challenge that initiated the conversation about the first and most important architectural product, home, invited designers to rethink the shelter and explore different horizons in order to develop a futuristic idea of how it can evolve. Participants considered many factors while imagining their proposals like the impact of global population shifts, the proximity of major cities to coastlines, new materials and building techniques, the rise of co-housing, tiny homes, smart houses and marketplaces like Airbnb. In fact, “the HOME Competition creates a platform to speculate the ways new technological, political, environmental and cultural changes can redefine the spaces where we live”.

The Home remains the most significant architectural place we experience throughout our lives. Home represents safety, ownership, privacy, and stability. Home is where we can be alone and with people we care about most. Historically, the home has been a place of permanence. Despite how chaotic our lives are, we cherish the consistency of sleeping in the same bed and performing the same daily rituals here. Yet, new trends in digitalization and globalization continue to reshape realms of everyday life and alter our physical environments, including our homes. It is important to examine how we adapt our living spaces to these shifts. – Statement from the HOME competition.