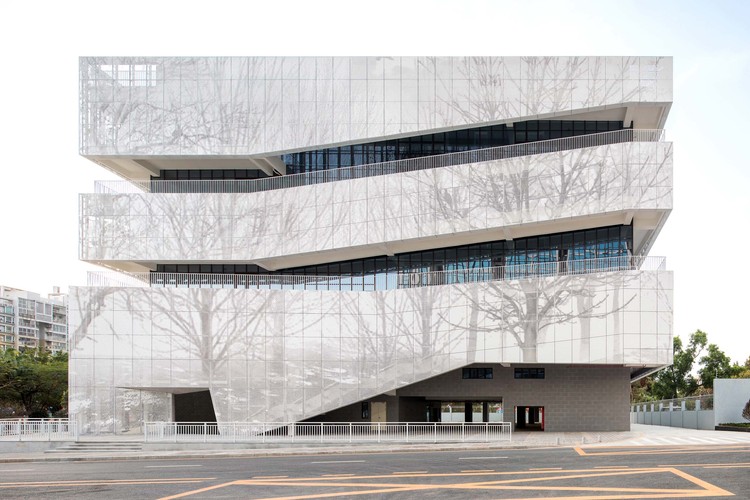 Text description provided by the architects. Comprehensive Cultural Service Building is located in the west of the intersection of Guangzhou-Shenzhen Highway and Shangchuan Road in Bao’an District in Shenzhen. It integrates the comprehensive cultural activity center, the comprehensive community service center, the origin and the terminal stations. The origin and the terminal stations are on the first floor and the mezzanine. The community service center is on the second and the third floors, the comprehensive culturalactivity center is located from the third to the sixth floors. The outdoor activity venue is on the roof. The equipment room and the parking garages cover from the first to third basements.

One Box
Scarcity of Public Space: The land of Xin’an Street Comprehensive Cultural Service Building in Bao’an District is a squarish plot with an area of about 3300 square meters. Among them, about 2800 square meters are used for the origin and the terminal stations, which will have the closed management. Only about 500 square meters of the ground area are used as public activity spaces, including pedestrian walkways, community services and the entrance lobby of cultural activity centers. The narrow ground public space is not enough to satisfy the needs of all kinds of people, so we tack the origin and the terminal stations, the community comprehensive service center and the cultural activity center vertically in a box of no more than 24 square meters to create more public space in the vertical dimension.

One Corridor
Three-Dimensional Public Space: After putting the functional space into a square box, we consider how to integrate the city with the public space of the buildings. Therefore, we learn from Chinese garden paths and introduce a ramp corridor circling around the square box, which connects the urban public space, the origin and the terminal stations, the community comprehensive service center and the comprehensive cultural activity center into a three-dimensional public space at multiple elevations.

Blocks of Public Space: This corridor is not just a linear traffic space, but also should be given the open block space attribute. During the working period, it is used as an auxiliary traffic space to reach the community comprehensive service center and the cultural activity center; during the closed period, it is used independently as the public activity space for surrounding residents to stimulate various behaviors.

One Shadow
Permeability of Public Space: The space combination of “one box + one corridor” presents a spatial interface both real and virtual, which is also open and closed, showing the transition from the indoor public space to the semi-outdoor public space, then to the urban public space. The sun shines on it and the crowd walk along, presenting film clips filled with scenes of urban life.

One Forest
Recognition of Public Space: As a public building, the proper facade form helps to enhance its space recognition. The developed surface of the facade is paved with a 3D perforated board to form a “forest”, which intersects with the surrounding urban woods, making the building interact and integrate with the urban space. The double-layer structure of the 3D perforated plate and tempered laminated glass forms the unique recognition element on the internal and external spatial interfaces. At the same time, it acts as a noise reduction and solar shading system to help reduce the energy consumption of buildings. 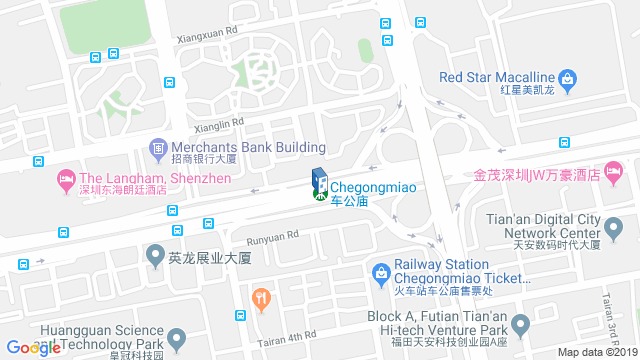 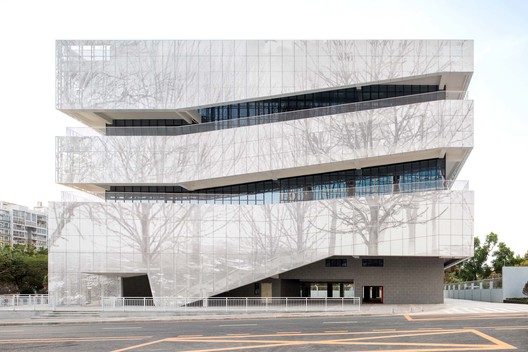