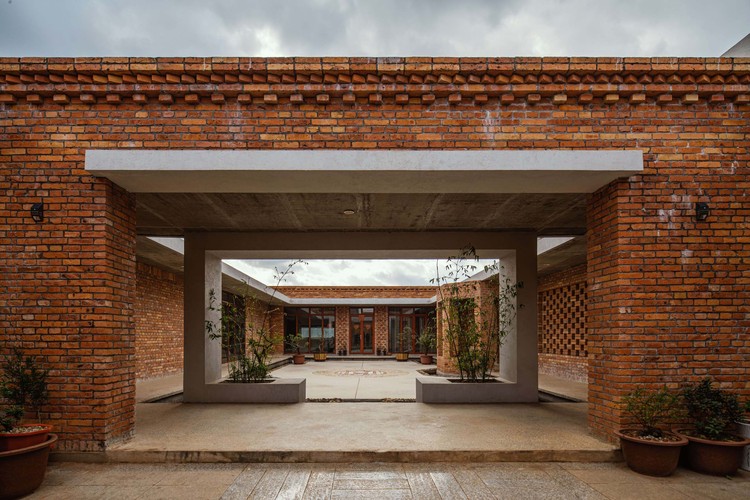 Text description provided by the architects. The project use modern vocabulary to communicate with the surrounding rural houses, drawing on the traditional classical architectural space and extracting the relationship of its spatial composition. As the main building material, red brick embodies the traditional craftsmanship and wisdom, which will make the building space more real and pure.

Space system. The space system of the whole house is based on the skeleton of two courtyards. Different volumes of the courtyard are implanted into the alley space by means of separation and pulling, resulting in multiple paths.

The half-pavilion built with red brick breaks the square of the courtyard space. The pool water surrounds the mouth of the cave, allowing you to sit and rely on it.

At the interface of the first and second courtyards, the verandas expand and protrude forward, increasing the visual level of the courtyard.

The mandala design is adopted as the design concept in the ground landscape of the courtyard. A stream of water is surrounded by pebbles and some stones are placed, just like a natural stream. Around the verandah ground, to the water streamside, hidden the visual boundary, the stream in the four corners of the courtyard into four square pool, lotus to add some poetry to the courtyard.

Garden and field. The living room, the dining room and the living room are a group of buildings that zigzag to create a lost path, just like a segment cut out in the literati garden of the Ming and qing dynasties. It is just a corner of the garden here.

I hope this project can be replicated, and to a certain extent, it can correct the excessive urbanization and even vulgar rural construction. 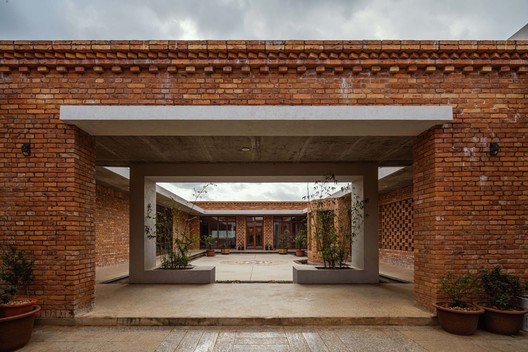