Architectural practice Tzannes has released new details of further additions to the Irving Street Brewery in Sydney, Australia. The project first integrated plant equipment for a development wide tri-generation plant with the historic Carlton and United Brewery building on the fringe of the Sydney CBD. The tri-generation plant uses natural gas to produce electricity and thermal energy within an elegant mesh screen. 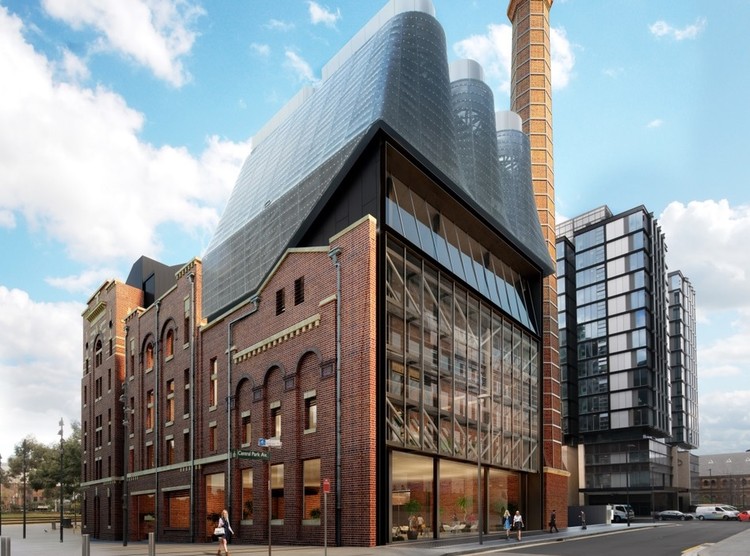 The State Significant Development application called for new structural additions containing commercial and retail spaces. The Brewery precinct, which dates from the early twentieth century, is now known as Central Park. As Tzannes explains, it is the largest group of retained heritage buildings on site, established by Tooth and Company in 1835. The built form of the project aimed to create a memorable expression of new technology within the urban context. The additions include a new roof form, glazed northern facade, a new entrance lobby, and two floor levels.

The original project was designed with an energy efficient method of supplying power as well as hot and cold water to a significant new mixed use development. It also provides a model of how this new technology can be integrated with an important historic structure. The design both respects this fabric as well as making this vital new technology a memorable part of the urban context. As Tzannes said, “The strategy for working with the existing fabric is to work with a light touch, repairing and restoring where required, yet ensuring that the patina of its changing use over time is retained and part of the character of the architecture.” 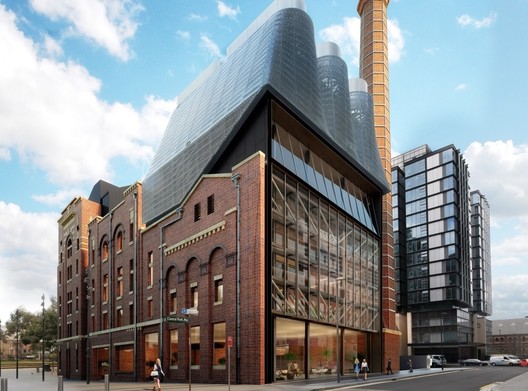