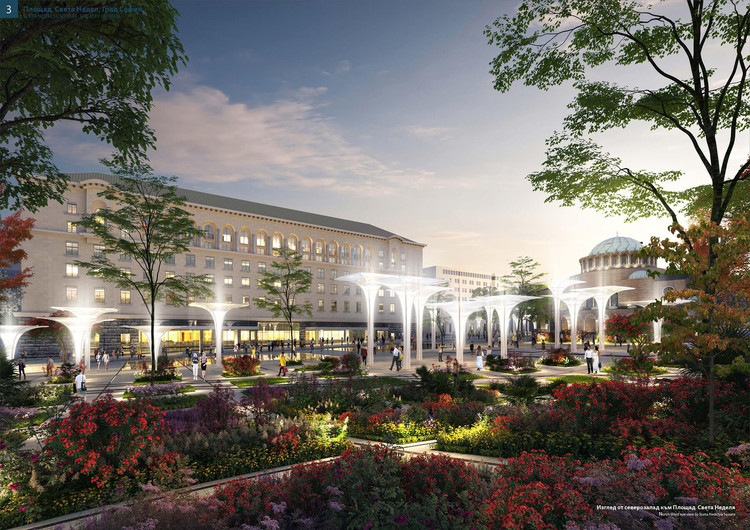 Studio Fuksas believed that the redevelopment of the Sveta Nedelya Square in Sofia is a key intervention in the overall growth of the city. In order to create an intelligent, sustainable and inclusive plan­ning that integrates the Bulgarian identity, Studio Fuksas imagined an intervention that “aims to bring back to light the ex­isting Roman layout which was fragmented by the inser­tion of the contemporary infrastructure”.

Our project challenge is to hand back this important space to the local community; an idea developed through a historical analysis from which clearly emerged the character of a place which, as far back as the Roman period, was destined to host the principal square of the city. -- Studio Fuksas

Located around the Orthodox Ca­thedral of Sveta Nedelya, the square will permit the contemporary interpretation of the two layers, the archeological one and the urban one. In fact, the architecture firm states that “the new Square will not only be an open-air museum, well-connected to the city, but also a place of social interaction, able to generate connections”. The conceptual approach of the project “finds its roots in the historical definition of the place”, using the Roman layout of the Cardo and the Decumanus as the generating elements of the space.

In the same way, as for the urban development of the Roman city, the new geometry proposed for the reconstruction of the square starts with squared module, a pure geometric form, which through simple actions of repetition and reduc­tion of scale becomes the defining factor not only for the paving and the green areas but also for the vertical roofing elements. -- Studio Fuksas

With the natural component at the center of the design of the public space, the project also relies on trees to regulate temperatures, guarantee shade and wind control, as well as serve as a filter for pollutants in the water and ground. On another hand, a high-tech cover­ made up of vertical elements, recalling trees in shape and function, is also a major element of the new square. Planned to increase the relationship between existing businesses and the pedestrian flow within the space, the square is inter­connected with the nearby areas, improving both the accessibility and safety of these neighborhoods. 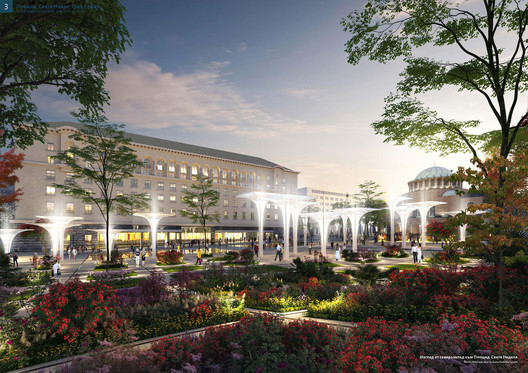