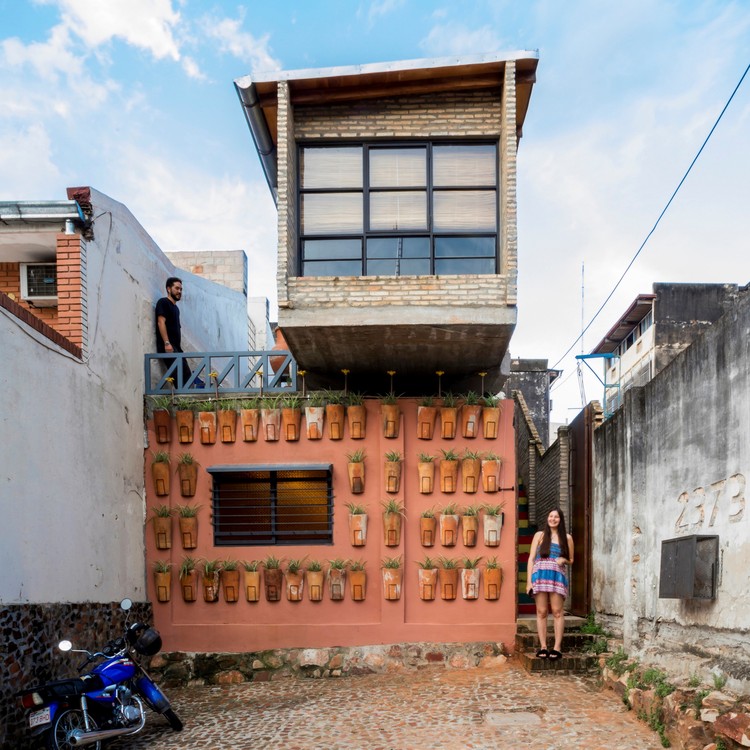 Text description provided by the architects. To understand the essence of the preexistence of this building we rely on its history narrated by the former users, aiming for the proposal being the next step in the evolution of this small house located near the centre of Asunción on a plot of just six meters width.

The original construction is from approximately 1930 in the suburban or semi-rural surroundings of the Assunción of that time, with only one bedroom, a bathroom, a living room and a small hall where the wood stove was. In the 1940s, two more rooms were added, extending the house linearly on the narrow lot. At the beginning of the 1990s, a modern kitchen was added at the end of the house, configuring the typology of a “sausage house”, but with the particularity that due to the narrowness of the lot the house did not have a gallery but instead, the adjoining spaces communicated outdoors. In 2014, when the house was vacated, it was in an advanced state of deterioration, already uninhabitable.

Beyond the pathologies and functional deficiencies that we could find, we sought to maintain the essence of the typology and consolidate it, while maintaining the building as a real estate product in an area that today is of medium-high density with universities and public institutions in its surroundings. For this, we decided to provide the house with a gallery and build apartments for students on a top floor, all without compromising the old foundations as a separate volume of the house and with an independent structure. The top floor is floating above the old one, generating the gallery but in a way that allows the entrance of light to the ground floor from several angles as well as the optimization of convection ventilation.

The ground floor was maintained almost entirely by reusing the materials and with improvements in the spatial distribution that allowed it to be put into effect before the market without losing its essence and the evidence of the scars of extensions throughout the years, visible in the difference of the size of bricks used. The collection of rainwater for irrigation and cleaning was incorporated with the adaptation of some kambuchi (ceramic jugs), traditional elements of Paraguayan crafts that formally harmonize with the construction and provide a touch of sustainability in addition to all the old bricks that became new walls, the tiles that came to form a vertical garden on the facade, braces turned into lintels and old doors turned into desks. All betting on evolution instead of the tabula rasa of a demolition. 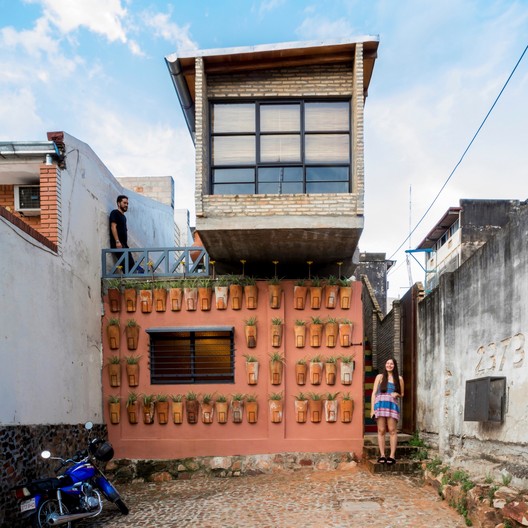