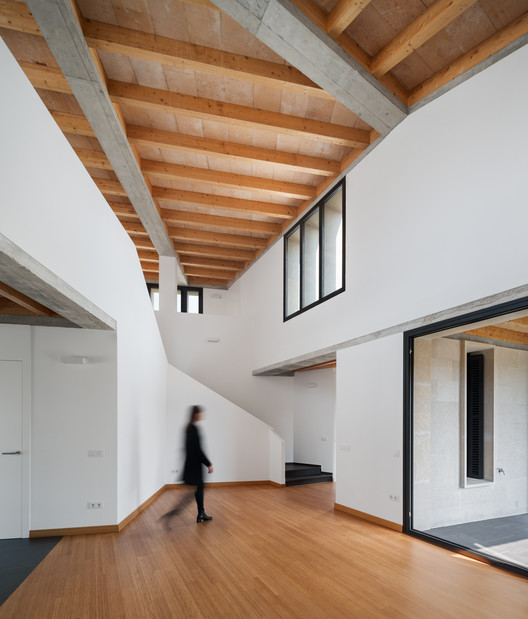 Text description provided by the architects. The proposal for the housing is born from the spaces and from its connection, understanding that the daily activity of the house overlaps and mixes different rooms. The dining room is considered, in double space, as the central and main space of the house. The condition of centrality will mean connecting to the majority of uses, thus articulating the living room, access to the kitchen, stairs to the first floor, the terrace on the main façade and the hall. In the same way, on the first floor the double space of the dining room organizes access to the two upper rooms and offers a study area.

The existing vegetation on the plot is intended to be incorporated inside the house by a strong internal-external relationship through the control of visuals in order to focus and frame certain interesting panoramas, such as the view of the Serra de Tramuntana or the interior visuals of the same plot, and working these visuals with large openings that introduce the landscape as an image of the house. Given the privacy premise, very important, these openings are made mostly in the back of the house, coinciding with the good views. The relationship with the neighborhoods has been minimized, placing just a few openings towards them.

The structure of the house will be seen in all cases and will characterize the image of the interior spaces explaining the constructive system used,  which will have also have a direct response in the generation of spaces and the determination of pavements. The structure is defined with loading walls and slabs made of wooden beams and hollow tiles made of marès stone, supported by T or L shaped reinforced concrete beams.

The terraces linked to the house are considered as an extension of this one, emphasizing the idea of the interior-exterior relationship sought in the project. 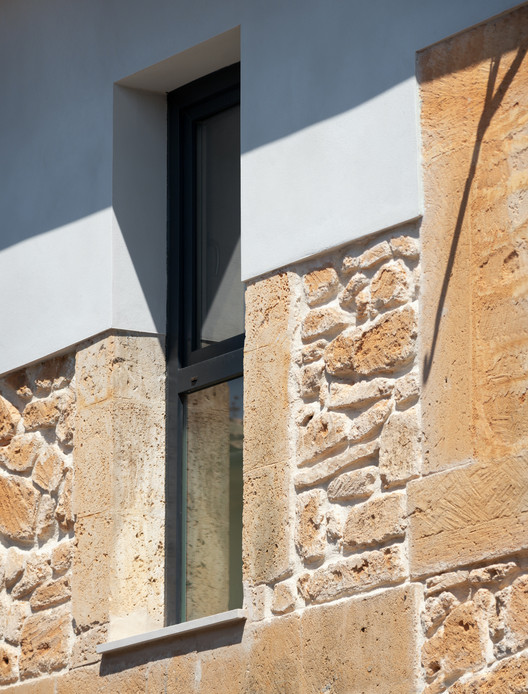