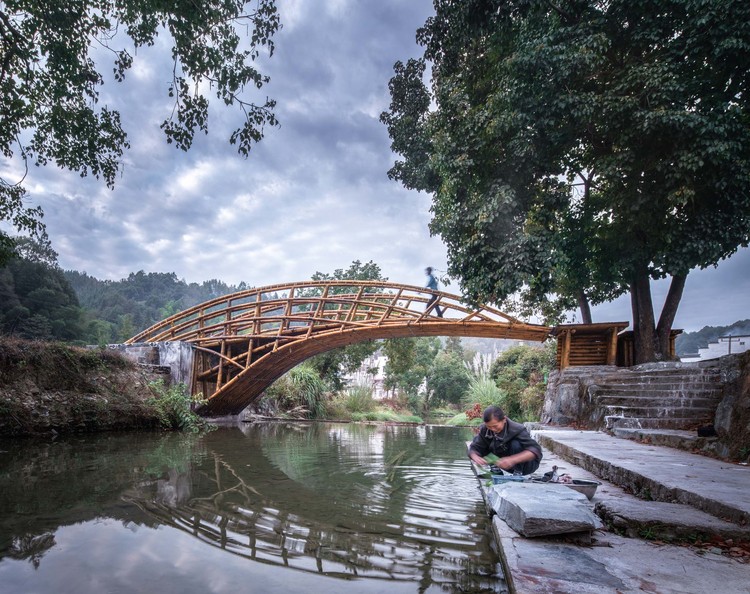 Text description provided by the architects. Bridge, in traditional Chinese culture, is a sign full of "emotion" and "will". On one hand, building a bridge in the countryside is a kind of merit or commemoration; on the other hand, "bridge" is a kind of poetic imagination, in the strategy of traditional landscape painting, it is the entrance and starting point of the whole painting. Not only the thing itself, the bridge is an artistic image that can be painted, and building a bridge is a social event that benefits the people.

The project is located in Taoyuan Village, Qimen County, Anhui Province. A 10-meter-wide water system runs through the head and end of the village, blocking the village and farmland. In order to make it convenient for the villagers to farm in the fields, an additional footbridge is needed. The water system is the dividing line between living and working, while the bridge is the entrance to the countryside. The back mountain is covered with bamboo. To build with bamboo, taking the material itself from nature and using them for the purpose of human beings, is a kind of construction methodology based on the local environment and resources.

After determining the materials for the construction of the bridge, what kind of poetic approach should we use to present the bridge?

Standing upright is the most straightforward expression of gravity, while bending is a poetic portrayal of gravity. Different from wood structure and stone structure, bamboo itself has good bendable toughness, and through artificial fire roasting technology, the arc curvature becomes more malleable and controlled. Processed bamboo, with the passage of time, will gradually produce resilience, which is a kind of natural prestress.

How to construct a bridge with a span of 10 meters, the simply supported beam bridge and the arch bridge are the most suitable structural selections. But on one side of the river bank, the bridgehead is facing two trees. if you want to make the foundation of the bridge, it will undoubtedly destroy the tree roots. Therefore, the cantilever beam structure is chosen in order to avoid affecting the tree.

Kullmann, a German structural mechanist, drew a structural principal stress trajectory of a cantilever beam in 1866. It can be seen that the complex stress of a cantilever beam under uniformly distributed load can be simplified to the trajectory line in the diagram, which is, when it’s arranged as a two-force bar under tension or compression along the stress line, the maximum efficiency of the structure is achieved. This is also the basis and method for engineers to grid the structural members later. For example, the Forth Bay Bridge, built in 1890, is a kind of steel truss cantilever beam.

However, comparing with Kullmann's original drawing, we find that the real reasonable principal stress line is actually curved. However, in the industrial production of steel structure and concrete structure, the bending cost is higher. It explains why they are simplified to a straight triangular element truss. The bending characteristic of bamboo can be closer to the reasonable stress line and has a rational advantage over industrial materials.

Through the modeling and structural calculation of the bamboo bridge, it can be seen that the bending moment of each bamboo pole is well distributed evenly in the whole bamboo pole, while the axial force increases gradually. It is in accordance with the properties of the material and the assumption of stress distribution.

The handrail of the bridge deck is integrated with the bridge body and becomes the main structural height, while the bridge deck is relatively gentle and easy to walk. The arc on the bridge body is the tension bar, and the straight one is the compression bar, which effectively avoids the disadvantageous weakness of bamboo bending. The node of bamboo structure is the core technology. The joint is strengthened by steel sheet and concrete grouting in the bamboo tube, and the stainless steel hoop is added to solve the problem of bamboo cracking or the decrease of strength with the passage of time.

In the end, the bamboo cantilever bridge, relying only on the power of bamboo, flies out from one bank and goes straight to the opposite side, forming a picture of the overhanging flying bridge. The end of the bridge is separated from the opposite bank, like a "broken bridge", which strengthens the sense of wonder of the structural form of the cantilever and forms a kind of poetic drama caused by the structural tension. 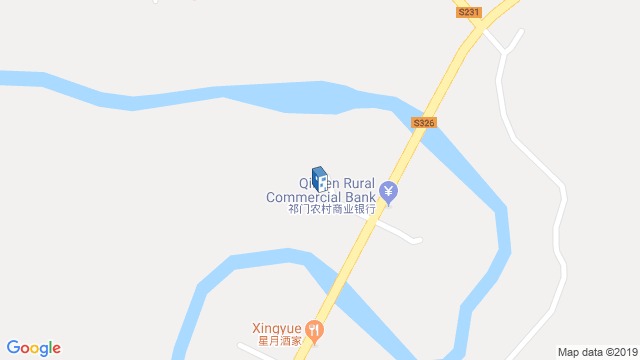 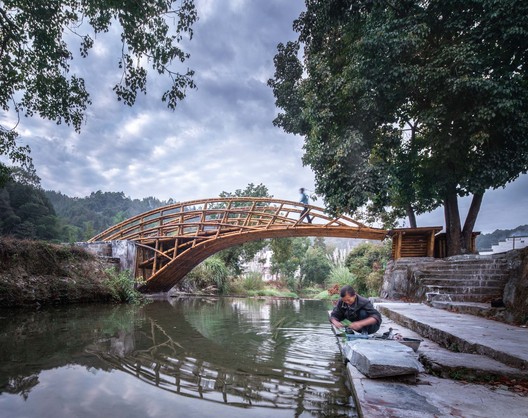