All
Projects
Products
Events
Competitions
Save
Suzhou No.2 Libary / gmp

Text description provided by the architects. At the end of 2019, the Suzhou No. 2 Library will be opened to the north of the historic Suzhou city center. This means that this traditional cultural city will have more than “just” a new library. Embedded in a new park landscape, the new library building with its integrated specialist libraries, collections, and exhibition rooms also fulfills the functions of a culture center. The key feature of the library is the intelligent storage system with a capacity of seven million books—the first in the country. The architects von Gerkan, Marg and Partners (gmp) had won the competition and received the commission in 2014.

Suzhou No. 2 Library will be opened at the end of 2019. The design for the new library building was produced by gmp in cooperation with the Southeast University Architectural Design Institute. The library is located in the Xiangcheng District to the north of Suzhou’s historic city center.

With the Suzhou No. 2 Library, the city has built the first library in China that, in addition to the traditional library functions, features a fully automated intelligent storage system above ground with a capacity of seven million books. Embedded in a newly created park landscape, the 36.8-meter-high new library building furthermore fulfills additional public functions as a culture center with seminar and exhibition rooms, as well as integrated specialist libraries covering selected specialist subjects: literature from Suzhou, design, digital science, music, and children’s literature.

The library derives its unique appearance from the unusual shape of the building and the facade of elegant aluminum louvers. Whereas the floor area at ground level has been kept to a minimum and has been arranged parallel to the street, the upper stories cantilever outwards with a slight twist, thus providing more reading areas with good views of the surrounding landscape. This design has created an external shape that is clearly reminiscent of a slightly offset stack of books or reams of paper. To reflect the different functional requirements of the publicly accessible area and the book depository, the new library building consists of two connected parts—the upper floors and the podium. The closed facade of the book depository has been constructed in fairfaced concrete, the surface of which shows the horizontal pattern of the timber shuttering; above is the part of the building that serves the public featuring airy, transparent glass facades. The intelligent high-bay storage facility with closed facade is located in the northern part of the site, whereas the reading hall with its transparent facade lies to the south, opening out to the city. It contains six main levels above ground with a story height of 5.7 meters.

The two parts of the building are separated by a central axis running from east to west that forms a plaza accessible to the public. The main entrances to the library are also located on both sides of the raised plaza, which can be reached via steps. From here visitors can enter both tracts of the library, that to the north and that to the south; in addition, the plaza provides access to the park. By providing public access across the site and inviting open entrances to both parts of the building, the plaza creates a functional link between the interior and the exterior and integrates the library with its diverse cultural functions into the urban fabric. 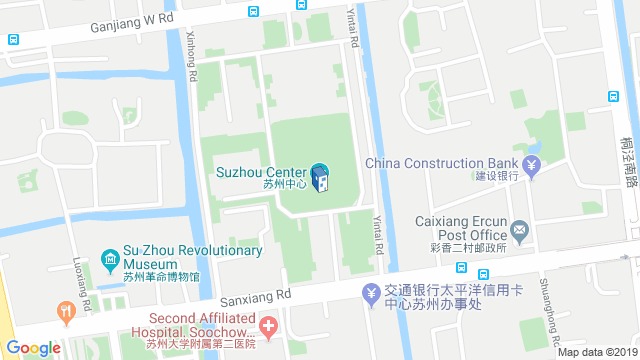 Location to be used only as a reference. It could indicate city/country but not exact address.
Share
Or
Copy
About this office
gmp
Office
••• 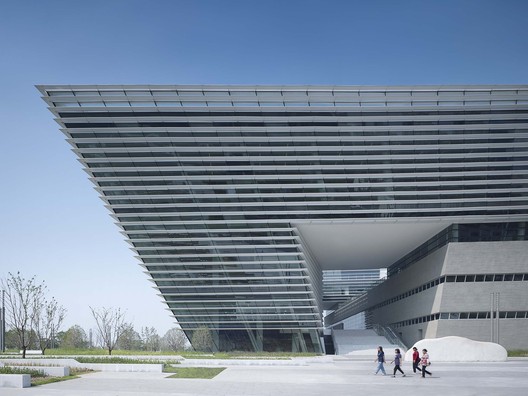