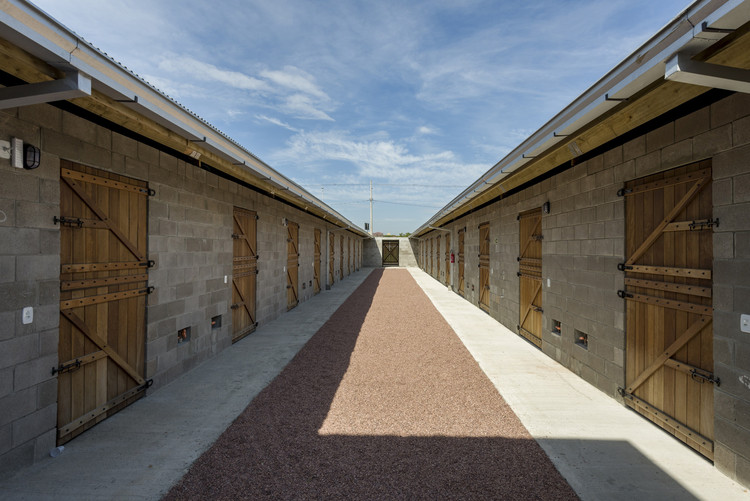 Text description provided by the architects. The project for the new Vila Hípica (equestrian center) has been developed to bring the stables, which used to be at the other side of the Cavalhada watercourse, close to the race track at the Rio Grande do Sul Jockey Club, discharging the formerly alienated land. Since the club’s headquarters has been listed as a cultural property and is internationally recognized for its exceptional design, the project’s approval process involved many steps.

The first one was the development of a master plan showing a new configuration and use for the whole area, focusing on future sustainability. Subsequently, compensations were carried out, with the implementation of an emergency action project in the arenas designed by Román Fresnedo Siri in 1951 and the development of a general restoration project, which is underway.

The new Vila Hípica can house 439 horses in 22 stables, with stalls, feed and sawdust storage rooms, showers, changing rooms, a private living area for employees, a pharmacy, and, on the second floor, an office with a panoramic view of the race track.

Besides the animal housing facilities of the new Vila Hípica, Kiefer Arquitetos also designed, following the same building standards, a cabin to ensure 24-hour security coverage, an administration building, a storage room for maintenance equipment, a starting gate for the races, a commercial area that will be incorporated in a future building stage, and a veterinary hospital with 530 m² of built area, capable of housing up to 10 horses at the same time.

Besides the reception, the offices, the laboratories, the pharmacy, the meeting room and the accommodations, the veterinary hospital’s infrastructure also includes a complete surgical facility with climate control systems which complies with applicable health standards. 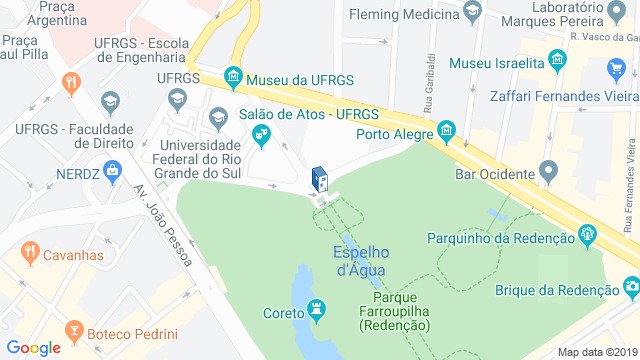