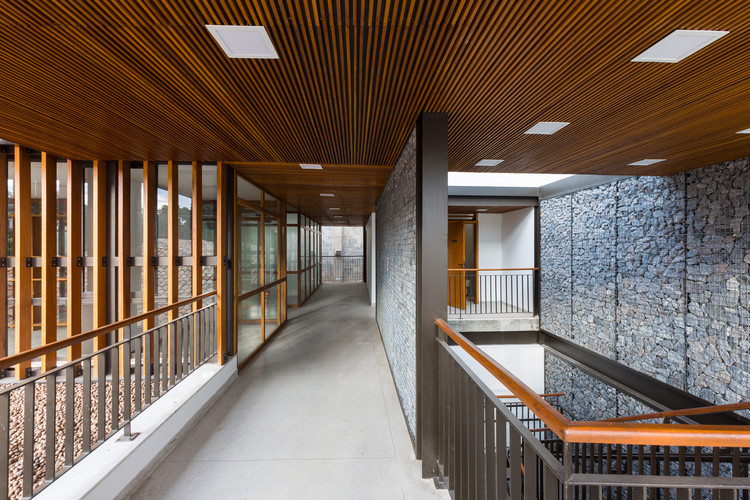 Text description provided by the architects. The revitalization and expansion project of the Headquarters of Goiás City Hall, sited in the historic center of the city, World Heritage, had as objectives: revitalize the existing buildings and consider the construction of a new annex to expand the built area, needed to shelter, in an optimized way, the administrative functions of the city incorporating some of its secretariats in the set of the two existing houses (the current one and the neighboring one).

The object is sited in a transition urban area between the densification of downtown, denser and more compact, with the rural area. Consistent with this condition of a more rarefied densification, the lots are bigger and with a shape unlikely the traditional one, with large frontages and a proportional depth. The Neoclassical two-story house stands out from the other buildings. The neighboring house is a building from the middle of the 20th century, without architectural value, but that is in the context because of its construction scale. On the rear and on the right side of the Neoclassical building, there were constructed, recently, two annexes that are not in the context, conflicting with and impoverishing the set.

Understanding the new demand, the project defined and discussed the rooms and sectors organization according to the needs of the city hall. That way, it was possible to decide how the functions would be organized and the area amount that each one would require. Stem from these numbers and the architectural comprehension of the existing set, it was chosen to:

1.   Restore the main house. The project defined the uses organization according to the limitations and spatial possibilities from the existing rooms and spaces. The insertion of new elements is highlighted, making the difference between the new and the existing very clear. In the same way, the existing building was only modified in spaces where the original setting had already been changed by interventions over time. On the other hand, the project sought to rescue, when possible, some original characteristics that were lost in the current configuration.

2.   Execute a partial intervention in the annex house, adapting it to the new functions. For this purpose, the project adopted the following positions: attempt to keep original and structural elements, as long as it would allow the conciliation between the preexistence and the utilization of the existing spaces; elimination of architectural elements built over time that, clearly, modified the examination of the original building; insertion of new elements by functional issues, with a contemporaneous look, but aiming the contextualization with the preexistence.

3.   Execute the demolition of the recent annexes from both the main house and the neighboring house, in order to site a single building in the rear of the lot in a way that it would be possible to sew and integrate the buildings of the set. This new annex, named as “Annex Building”, was sited transversely, joining both lots and serving as a connection of the internal flows among the sectors. In this building, it was placed the most part of the administrative functions of the city hall, as well as the architecture and engineering sector.

With the general definition of the parti, regarding the buildings site and general distribution of functions among them, it was defined the release of the existing areas of setbacks among the volums. On the side setbacks of the set, it was placed the parking lot for vehicles surrounded by gardens. In turn, the open space between the two existing buildings would be occupied by a marquee, which would connect the annex building and the house, also surrounded by gardens. 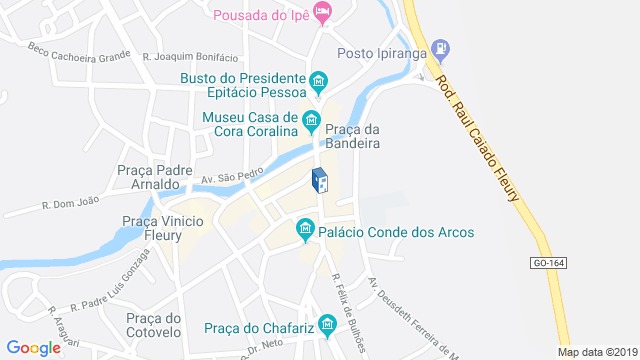