Text description provided by the architects. Housed in the same 20th-century landmark complex of the former publishing house as Rooms Hotel Tbilisi, Stamba Hotel - also a member of Design Hotels - continues in the same spirit of urban conversion, design aesthetics and commitment to local culture. The purpose of the project was to convert the historic landmark building of a former publishing house originated in the 1930s into an upscale, design-led hotel.

The property’s original façade was preserved while the rediscovered and restored printing equipment has added to the brutalist chic decor of the hotel. Stamba features a ‘jungle lobby’ with 5-storey high atrium dominated with a variety of trees is crowned with a glass-bottomed rooftop swimming pool overlooking the city. Greenery plays a key role indoors as well as outdoors with a wide range of trees and flowers being planted across the hotel’s public spaces while natural light reaches down the lobby through the transparency of the swimming pool.

The lush outdoor terrace, overlooking the hotel's gardens, is a vast quadrangle also used as an amphitheatre and outdoor exhibition space. Stamba displays an extensive collection of artwork from contemporary Georgian artists, while up to 80 000 books are presented on widespread bookshelves across the hotel’s public spaces as well as in guestrooms further emphasizing the past heritage of the establishment.

Adjara Arch Group, the in-house team of architects and designers, with instructions from owner Temur Ugulava, aimed at conserving most of the landmark’s original structure and historic heritage; yet, the project had to serve a new purpose. The main architectural elements were restored including the façade and the preserved concrete walls, high warehouse windows and ceilings which all emphasize the brutalist nature of the original structure.

In addition, some of the salvaged printing equipment such as the newspaper conveyor belt, typing and printing machines were restored and displayed as part of the interior design. Stamba does not resemble a copied image of an already existing plan and instead is organic, authentic and full of life. From the moment you walk in, you experience a feeling of time-travel. You find a unique environment where past meets present, while the best quality standards of a luxury hotel, gastronomy and entertainment are guaranteed. 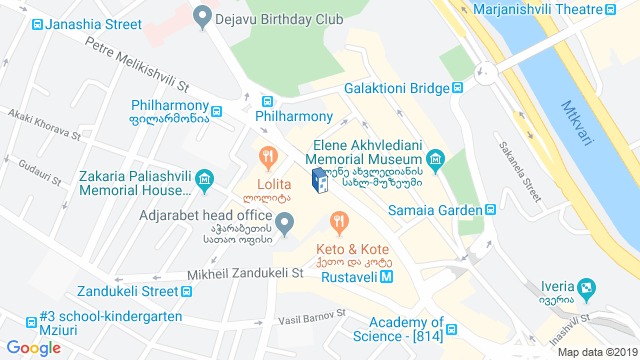 Location to be used only as a reference. It could indicate city/country but not exact address.
Share
Or
Copy
About this office
Adjara Arch Group
Office
••• 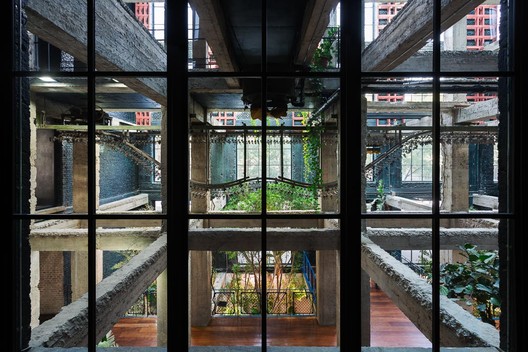