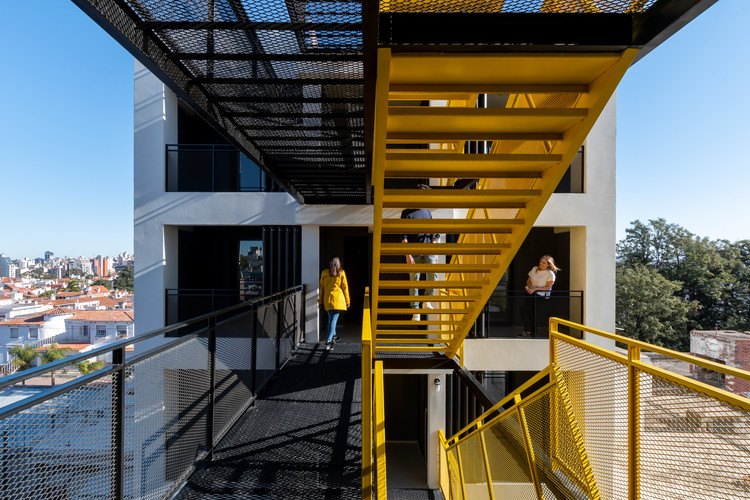 Text description provided by the architects. Casa 40 is a five-floor condominium located between the traditional neighbourhoods of Alta Córdoba and Cofico. These neighborhoods are largely made up of modern houses from the 19th and early 20th centuries. The owners typically live an urban agenda, meaning they spend the majority of their days outside of the house and on returning value a space that’s generous, cozy and well illuminated. This inspired our design premise of wide-open communal spaces that promote better community living.

The access to the building is pedestrian-only and is by way of a metal enclosure folded in a “Z” shape. This structure beams two different colours depending on the direction from which it is approached, yellow or black, giving it a playful and dynamic character. On the other side we find an expansive ground floor area that gives onto a central atrium of walkways that includes the building’s “vedette”, a striking open-air yellow stairway. The resulting effect is for an original open space that explodes in multiple directions, which can be glimpsed from the outside and suggests a habitational ensemble that aspires to be a high-rise neighborhood.

This internal nucleus unites two separate bodies via an interior courtyard, organizing the structure whose totality emerges from a 9 x 41m plot. The lower three floors are a matrix of single-bedroom apartments while the upper two consist of two-bedroom apartments which, by retreating six meters, incorporate urban terraces, a traditional feature of the neighborhood. Additionally, the building retreats by three meters so that the central garden can conjoin with neighboring gardens, offering differing views from each floor and ventilating the entire condo from the interior.

The apartment entrances are by way of balconies, transitions between the public and private, which add a layer of intimacy. Finally, the selection of materials and colors respond to the search for visual harmony. As such concrete was chosen for the lift, black aluminum for the carpentry, smoothed cement for the floors, a textured look for the wall facings, as well as metallic contours, melon-seed metal and black-concrete brick. 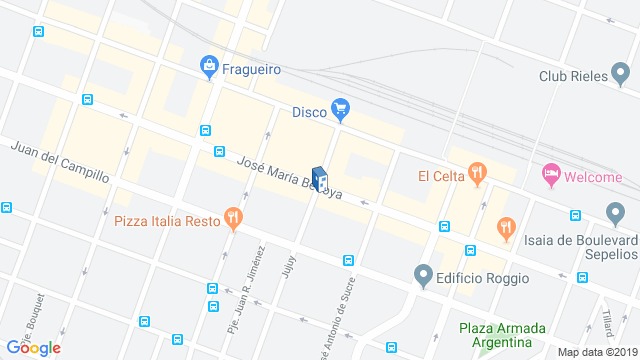 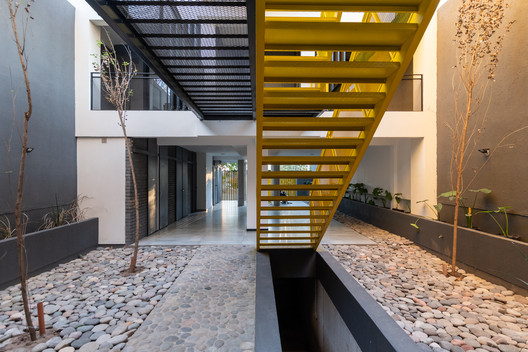