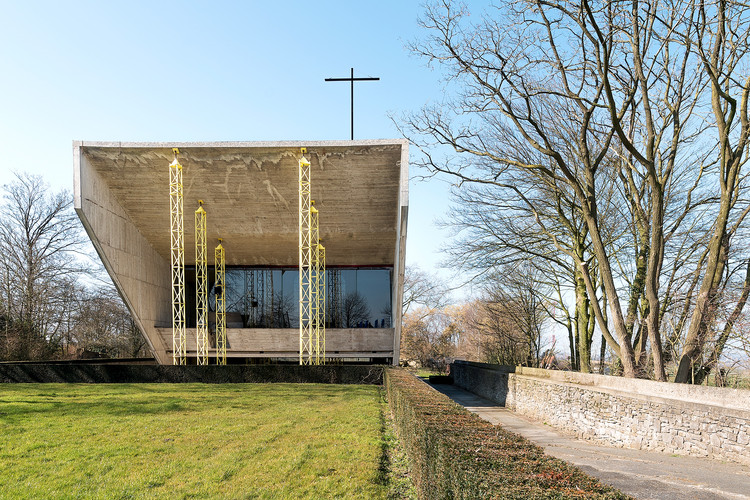 Juliaan Lampens was born in 1926 in De Pinte, near Ghent, Belgium. He completed his studies in art at the Higher Institute for Art and Vocational Training of the Sint-Lucas School in Ghent. He founded his own architectural practice in Eke in 1950. Influenced by the 1958 Brussels World's Fair, Juliaan Lampens’ architectural vision was forged by the modernists of that time. He later on developed his own personal style translated in raw concrete and monolithic buildings, resembling fortresses or bunkers that blend in their context and natural landscape. In 1995, he was awarded the Lampens Belgian Award for Architecture, and 4 of his houses are nowadays listed in the world heritage.

He didn’t rise to fame instantly; in fact, it took him a while before getting recognized in Belgium and beyond. After he designed his own avant-garde home in 1960, in Eke, people started noticing the architect and commissions started pouring in. With a holistic approach, a massive concrete roof, an open floor plan, and a continuity between the interior and exterior space, his house illustrated all of his architectural principles.

Other famous projects, also repeated some of his critical elements like the usage of concrete and glass, the integration with the surrounding nature, the open floor plan and site-specific wooden furniture designed by the architect himself. He completed in 1966 a pilgrimage chapel in Edelare, in 1967 the Vandenhaute-Kiebooms House, and in 1974 the home of  Albert Van Wassenhove near Ghent. 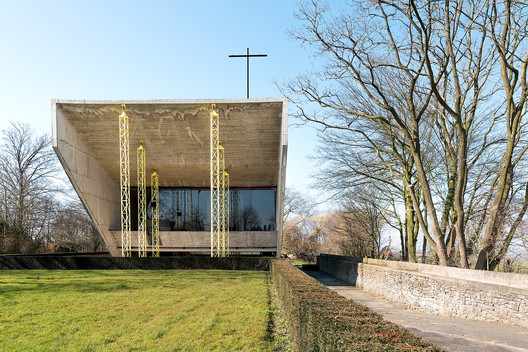